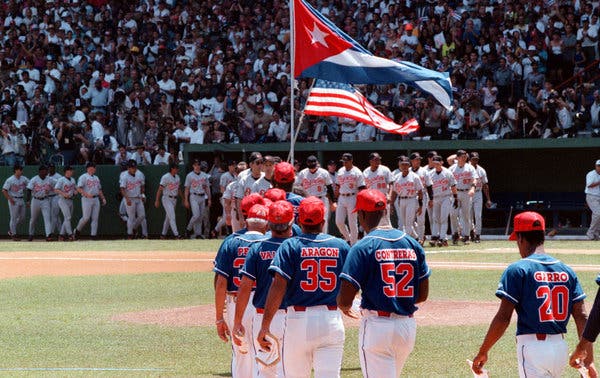 During the first half of 1999, an expert panel compiled a list of the 100 best players since the turn of the century.  On July 13, the nominees for the All-Century Team were presented at the 1999 All-Star Game at Fenway Park.  Voting took place over a two-month period in late summer, with two million fans casting paper and online ballots.

The 25 greatest players were chosen by popular vote of fans.  The top two players from each infield position, the top nine outfielders, and the top six pitchers were placed on the team.

The All-Century team members were presented in a ceremony, emceed by Vin Scully, at Atlanta’s Turner Field before game two of the 1999 World Series.  Every living ballplayer named to the team attended the ceremony.

While several baseball immortals made the team – Ruth, Gehrig, Williams and Cobb – there were some notable omissions.  To repair the gaffe, MLB assembled a Blue Ribbon committee that added five players who belonged on the team but failed to garner enough votes.  In addition, a few players were voted in that had no business being on the team.

Right-hander Nolan Ryan earned 992,040 votes – the most of any pitcher on the team.  Sandy Koufax was next, with 970,434 votes.  The other four pitchers elected to the All-Century Team include Cy Young, Roger Clemens, Bob Gibson, Walter Johnson.

The starting lineup for the All-Century Team is an imposing one.  The Iron Horse, Lou Gehrig, mans first base.  Jackie Robinson is at second, Cal Ripken Jr. is the shortstop, and Mike Schmidt lines up at third base.  Bench, who outpaced Yogi Berra by a half-million votes, handles the catching duties.  The outfield is patrolled by Ruth, the best baseball player of all time, Aaron, who surpassed Babe’s hallowed career home run record in 1974, and Williams, the greatest hitter who ever lived.

The All-Century team’s outfield is so rich with talent that baseball’s greatest living ballplayer, Willie Mays, could not crack the starting lineup.  Ditto for Ty Cobb, Joe DiMaggio, and Mickey Mantle.  Curiously, Pete Rose – who had been permanently banned from baseball a decade earlier for betting on games while he played for and managed the Cincinnati Reds – was voted onto the team.

As short-sighted as it was to omit the five legends added by the panel, fans made matters worse by voting two players to the team that do not belong.  Mark McGwire, who one year earlier had raced Sammy Sosa in a steroid-fueled battle to break Roger Maris’ single-season home run record, was selected to back up Gehrig at first base.  While the Iron Horse garnered the most popular votes of the 25 players chosen to the team, McGwire accrued the lowest vote total [517,181].  The victim in this fiasco is Jimmie Foxx.  The second player in history to reach 500 career home runs, Foxx was a three-time MVP who hit 30 or more homers for a dozen straight years.  Double X drove in 100 or more runs in 13 consecutive seasons and held the record for youngest player to reach 500 career home runs for nearly seven decades.

The other player undeserving of being named to the All-Century Team is Roger Clemens.  Like McGwire, Clemens artificially extended his career – and set records – with the help of steroids.  If the team were voted on today, Randy Johnson would replace Clemens on the All-Century pitching staff.

The ceremony surrounding the announcement of the All-Century Team during the 1999 World Series assembled the greatest collection of talent in MLB history.  While many of the legends had passed — including DiMaggio, who died seven months earlier – 18 of the 30 immortals named to the team were in Atlanta for the celebration.  Much discussion around the “greatest of greats” ensued.

Sandy Koufax was asked who the best pitcher on the nine-man staff was.  Baseball’s first three-time Cy Young Award winner didn’t hesitate, naming Warren Spahn [rescued by the Blue Ribbon panel after fans botched the popular vote], the winningest left-hander in big league history.  A common question asked of those in attendance was “who would you select to pitch a World Series game seven?”  Bob Gibson was chosen.  When told about this after the ceremony, the fiercely competitive right-hander replied, “That would have been my answer too!”

Agree or disagree with MLB’s All-Century Team?  Leave a reply and let us know what you think.