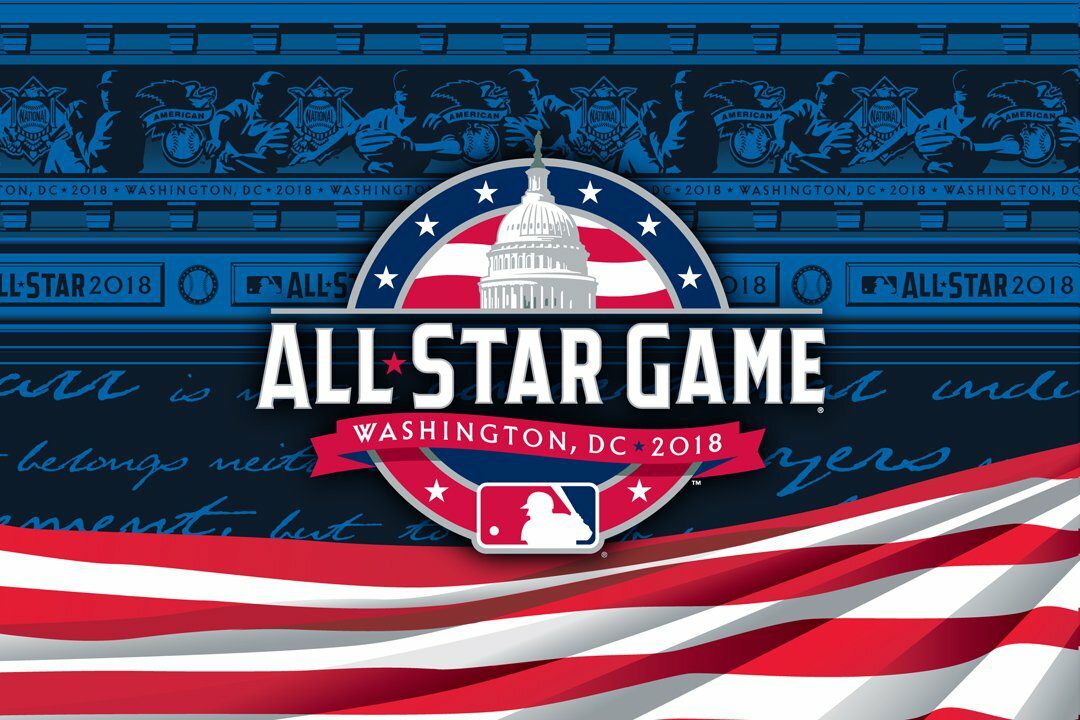 In honor of the 89th edition of the Midsummer Classic, which gets underway at Nationals Park tonight at 8:00 ET, here are ten memorable moments in All-Star Game history. 1941: Teddy Wins the Ballgame.  With two outs in the bottom of the ninth inning, 22-year-old Ted Williams belted a dramatic three-run walk-off homer, capping a four-run rally and giving the American League a 7-5 win.  Playing in only his third big league season, the Splendid Splinter would go on to hit .406 that year.  All-Star teammate Joe DiMaggio, who patrolled center field while Williams manned left, went on to hit safely in 56 straight games that same season.  Williams’ majestic drive was the first of three walk-off homers in All-Star Game history. 2001: Cal Takes His Place.  In Cal Ripken’s 19th and final All-Star Game, the long-time shortstop was voted as the starting third baseman for the American League team.  Before the first pitch, shortstop Alex Rodriguez insisted on switching spots with Cal, moving The Iron Man to his original position.  The switch allowed Ripken to set the record for most All-Star appearances at short [15].  Ripken led off the bottom of the third inning, sending Dodger right-hander Chan Ho Park’s first delivery over the left field fence to give the AL a 1-0 lead they would never relinquish.  Ripken garnered MVP honors for the second time in his career, becoming the fourth player in history to earn that distinction. 1934: Hubbell Mows ‘Em Down.  Every starting player on the 1934 American League All-Star team is in the Baseball Hall of Fame.  Five of them are among the greatest players of all time.  Playing in the Polo Grounds — his home park — Giants screwballer Carl Hubbell started for the National League.  After allowing the first two batters of the game to reach base on a single and a walk, the crafty left-hander struck out five of the game’s best hitters – Babe Ruth, Lou Gehrig, Jimmie Foxx, Al Simmons and Joe Cronin – in succession.  It remains the All-Star Game record for consecutive strikeouts. 2016:  Trout is Terrific.  Is there anything that Mike Trout cannot do on a baseball field?  The Millville Meteor has played in the Midsummer Classic in each of his seven full big league seasons, and was MVP of both the 2014 and 2015 All-Star Games.  With a single in his first at bat of the 2016 contest, Trout became the first player in history to notch a hit in the first plate appearance of five straight All-Star Games. 1971:  Reggie’s Rocket.  In 1971, Detroit hosted the 42nd All-Star Game, won by the American League, 6-4.  All of the scoring came via the home run, and all the runs scored were by future Hall of Fame players.  None was as big as the shot hit by Reginald Martinez Jackson.  In the bottom of the third inning, Jackson pinch-hit for Oakland A’s teammate [and AL starter] Vida Blue.  With no outs and Luis Aparicio on first, Jackson crushed a fastball off Pittsburgh Pirates right-hander Doc Ellis that hit the light standard in right-centerfield of Tiger Stadium.  The 520-foot blast is the longest homer in All-Star Game history. 1989: Bo Steals the Show.  The game of baseball has never seen a better athlete than Bo Jackson, who made his only All-Star Game appearance a memorable one.  In the top of the first inning, Jackson ended an NL rally with a running catch in left field to rob Pedro Guerrero of a run-scoring single.  In the bottom half of the first, he led off with a 450-foot homer run to dead center field off Rick Reuschel.  In the second frame, Bo beat out a double-play ball and stole second base.  The 1985 Heisman Trophy winner played parts of eight big league seasons and was named MVP of the 1989 MLB All-Star Game. 1955: The Man Hits a Monster.  One of the great comebacks in All-Star Game history came in 1955, when Yankee southpaw Whitey Ford relinquished a five-run lead to allow the NL to knot the game at 5-5.  Frank Sullivan came on in relief of Ford and held the National Leaguers in check through 11 innings.  Stan Musial led off the bottom of the 12th, and drove the first pitch he saw from Sullivan deep into the right field bleachers at Milwaukee’s County Stadium to give the NL a 6-5 victory.  It was a record fourth career All-Star Game homer for Stan the Man, and the second walk-off in Midsummer Classic history. 1999: The Kid Bids Adieu.  The 70th All-Star Game was played at Fenway Park in Boston and was notable for several reasons.  First, the nominees for the All-Century Team were announced.  Next, Red Sox right-hander Pedro Martinez started for the AL and struck out five of the six batters he faced to earn MVP honors.  Most importantly, the game featured Ted Williams. In a tribute fit for royalty – and The Kid is baseball royalty – Williams was driven to the mound in a golf cart to throw out the first pitch.  Fenway Park erupted, and Williams was surrounded by several of the greatest players in history, including members from both teams as well as All-Century nominees.  The impromptu celebration continued for 25 minutes.  There was not a dry eye in the house as Williams delivered the first pitch, and the ovation was deafening as the greatest hitter who ever lived left the Fenway Park field for the last time. 2007:  Ichiro’s Inside Job. In July 2007, with one on and one out in the top of the fifth inning, Ichiro Suzuki drove a fastball from Chris Young into the deepest part of AT&T Park in San Francisco.  Brian Roberts, who had walked to open the inning, scored.  When the ball took an odd carom off the wall in right-centerfield, the speedy Suzuki circled the bases for the only inside-the-park-home run in All-Star Game history.  Playing in his seventh MLB midseason exhibition, Ichiro collected three hits on the night and was named MVP of the game.

Got a favorite Memorable Moment?  Tell us all about it in the “Comments” section below.