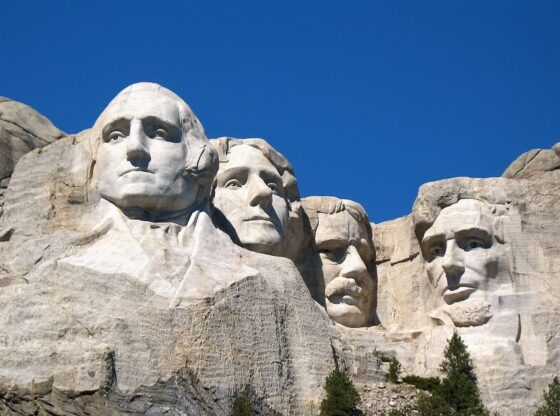 Deciding which athletes belong on a team or sport’s Mount Rushmore – the four most significant players in history — can be a daunting task. There are two sides to the coin, as part of what makes the debate so compelling is not only which athletes make the list but, perhaps more importantly, who gets left off.

Today we take a look at the Mount Rushmore of some of the most iconic figures in the history of North American professional sports.  This list is limited only to players.  Coaches, owners, and administrators are excluded, and only the athlete’s body of work while competing for the franchise or sport in question is considered.  Athletes selected are listed in bold. The Pittsburgh Steelers have won six Super Bowls, the most in NFL history.  Four of those titles came in a six year span, and many of the greatest players in franchise history played on those teams. Eight Steelers are listed on The Sporting News’ “100 Greatest Players in NFL History.”  All but one [Rod Woodson] played during the Chuck Noll dynasty of the 1970s.

Joe Greene is the face of the franchise and greatest player in Steelers history.  His toughness and physicality embodied the great Steel Curtain defense that was the backbone of those championship teams.

Terry Bradshaw is one of only three quarterbacks in NFL history [Tom Brady, Joe Montana] to win four Super Bowls.  Although Ben Roethlisberger has better passing statistics, Bradshaw’s toughness, leadership [he called his own plays] and four championships earns him the nod.

Ask any member of the Rooney family – which has owned the franchise since its inception in 1933 – which player is the greatest Steeler of all time and they don’t hesitate to mention Jack Ham. With more takeaways than any linebacker in history, Ham’s versatility led to 25 sacks, 21 recoveries, 32 interceptions and eight Pro Bowls during his hall-of-fame career.

Despite being one of the most complete linebackers in NFL history, Ham was not even the best LB on his team.  That honor goes to Jack Lambert, who earns a spot on the Steelers Mount Rushmore.  Displaying speed and range never before seen at his positon, Lambert was the most dominant linebacker of his era and played in nine straight Pro Bowls.  Rod Woodson could do it all – cover, blitz, tackle, return kicks.  The hall-of-famer played in 11 Pro Bowls, was 1993 Defensive Player of the Year, and was voted Steelers team MVP three times.

Woodson intercepted 38 passes and returned more of them for touchdowns than any player in NFL history.  But the last spot on the Steelers Mount Rushmore goes to another cornerback, Mel Blount, who was 1975 Defensive Player of the Year after leading the league in interceptions.  A five-time Pro Bowler, Blount was so dominant that, in the mid-70s, the NFL changed the rules because of his physical style of play.

The “Mel Blount Rule” disallowed bump-and-run coverage and changed the way offensive football is played.  Other players considered include Franco Harris, Jerome Bettis, Mike Webster, John Stallworth, Donnie Shell and Hines Ward.  Nobody said this was going to be easy. The New York Yankees, with 27 World Series championships, are the most storied franchise in baseball history.  The Bronx Bombers’ Mount Rushmore may be the most challenging in sports, as the best Yankees players have been more than great – they are legendary.

Babe Ruth undeniably belongs.  Not only is the Bambino the greatest Yank of all time, he is the best – and most important – baseball player ever to live.  Mickey Mantle might be the second greatest player of all time.  A 20-time All-Star, Mantle was a seven-time World Series champion, three-time AL MVP, and was the most exciting player of his day.

The greatest switch-hitter of all time was versatile: he earned a Gold Glove, Triple Crown [league leader in batting average, home runs, RBI], and, at the time of his retirement, had the highest stolen base percentage in history.

Two Yankees are starters on MLB’s All-Time Team.  One is Ruth.  The other is Lou Gehrig, the greatest first baseman in history.  The “Iron Horse” won six world championships, a Triple Crown, and was twice named AL MVP.  Eight decades after his retirement, Gehrig still holds over a dozen MLB records.

Mr. Gehrig was baseball royalty – he was the top vote-getter on the MLB All-Time Team and is the first player ever to have his uniform number retired.  Now it gets tougher.  Derek Jeter won five world championships, five Gold Gloves and is the Yankees’ all-time hits leader. Yogi Berra won more World Series titles [13] than any player in history and is arguably the best catcher ever to play the position.  The final spot on this Mount Rushmore, however, goes to Joe DiMaggio, who in 13 seasons won nine world championships, three AL MVP awards, and twice led the league in home runs, batting average and RBI.

A player of supreme style and grace, “Joltin’ Joe” hit in 56 straight games in 1941, a record that will likely never be broken.  Not on the mount: Derek Jeter, Mariano Rivera, Don Mattingly, Reggie Jackson, Whitey Ford, and Thurman Munson. Although the Boston Celtics are the winningest franchise in NBA history, their Mount Rushmore is not as compelling as that of the Lakers.  Founded in Minneapolis in 1947, the Lakers moved to Los Angeles in 1960.

Some of the greatest players in NBA history have worn the purple and gold, including Kareem Abdul-Jabbar, a six-time world champion, six-time MVP and 19-time All-Star.  Abdul-Jabbar is the NBA’s all-time scoring leader and is third on the all-time list for rebounds and blocks.

Mount Rushmore depicts faces, and no player is more the face of the Lakers franchise than Earvin Johnson.  “Magic” led L.A. to five titles and was Finals MVP three times.  The 12-time All-Star won three NBA MVP awards, twice led the league in steals, and was NBA assists leader in four seasons.

The director of “Showtime,”  Johnson has the second-most triple doubles in NBA history and is the Lakers’ all-time assists leader.  If Earvin Johnson is the face of the franchise, Jerry West is the body of the league.  West’s silhouette is incorporated into the NBA logo, and “Mr. Clutch” is one of the greatest the league has ever seen.  Along with Oscar Robertson, West was the best guard of his era.  He was an All-Star in each of his 14 NBA seasons, led the league in scoring, assists, and was the best defensive guard in the NBA. West directed the Lakers to a record 33-game winning streak en route to the title in 1972 and is the only player in history to be named Finals MVP while playing for the losing team.  Kobe Bryant joined the NBA straight out of high school and won five championships, one league MVP award, and played in 18 All-Star Games.  Bryant is the longest-tenured Laker on Mount Rushmore, having played 20 seasons, an NBA record for most with one franchise.  In 2010, he surpassed Jerry West as the leading scorer in franchise history and is the youngest player in NBA history to reach 30,000 career points.

A fierce competitor, Bryant holds over 15 career Lakers franchise records.  Great Lakers that did not make the cut include Wilt Chamberlain –arguably the greatest player of all time; Elgin Baylor – a member of the 35th and 50th NBA anniversary teams; George Mikan – the game’s first great big man; James Worthy, and Shaquille O’Neal. Let’s take a departure from team sports and focus on a uniquely individual one: golf.  Jack Nicklaus is to golf as Ruth is to baseball.  He blazed a new trail, set records that were unfathomable before he came along, and is the best to ever play his sport.  The “Golden Bear” captured a record 18 majors and had 73 PGA Tour wins, third-most of all time.  More impressively, he finished second in 19 majors and claimed third in nine more.

Handsome and charismatic, Arnie quadrupled purses and brought golf to the masses.  Mr. Palmer won seven majors – including four Masters  —  and won 62 tournaments in his legendary career.  No player has dominated golf as Tiger Woods did in his prime.  Between 1997 and 2008, he won 14 majors and was a nine-time PGA Player of the Year.  Woods won ten money titles, has the second-most wins in PGA Tour history and is the third-winningest player in European Tour history.  Woods won three majors in 2000 while recording the lowest totals in the history of the U.S. and British Opens.

After winning the 2001 Masters, he held all four major championship trophies – dubbed the “Tiger Slam.”  While Sam Snead took seven majors, won at least one event in four different decades, and amassed more Tour victories [81] than any player in history, Slammin’ Sam is not on golf’s Mount Rushmore.  Nor is Ben Hogan, the greatest ball-striker the game has ever seen and one of five players in history to own a career Grand Slam.  Despite 64 Tour wins and nine majors, “Bantam Ben” is not on the Mount. The fourth and final spot goes to Bobby Jones, one of the most influential figures in the history of golf.

An amateur throughout his short but brilliant career, Jones is the only player to win the four most important golf tournaments of his era [U.S. Open, U.S. Amateur, British Open, British Amateur] in the same calendar year and claim the Grand Slam.  The consummate gentlemen, Mr. Jones was one of the biggest sporting stars of his day.  It doesn’t hurt that he also designed Augusta National Golf Club and co-founded the Masters tournament. Other greats not making the cut include Byron Nelson – who, in 1945, won 18 of 31 Tour events, including 11 in a row; Tom Watson, winner of eight majors, Seve Ballesteros – Europe’s Arnold Palmer who single-handedly saved the Ryder Cup; Gary Player, and Walter Hagen.