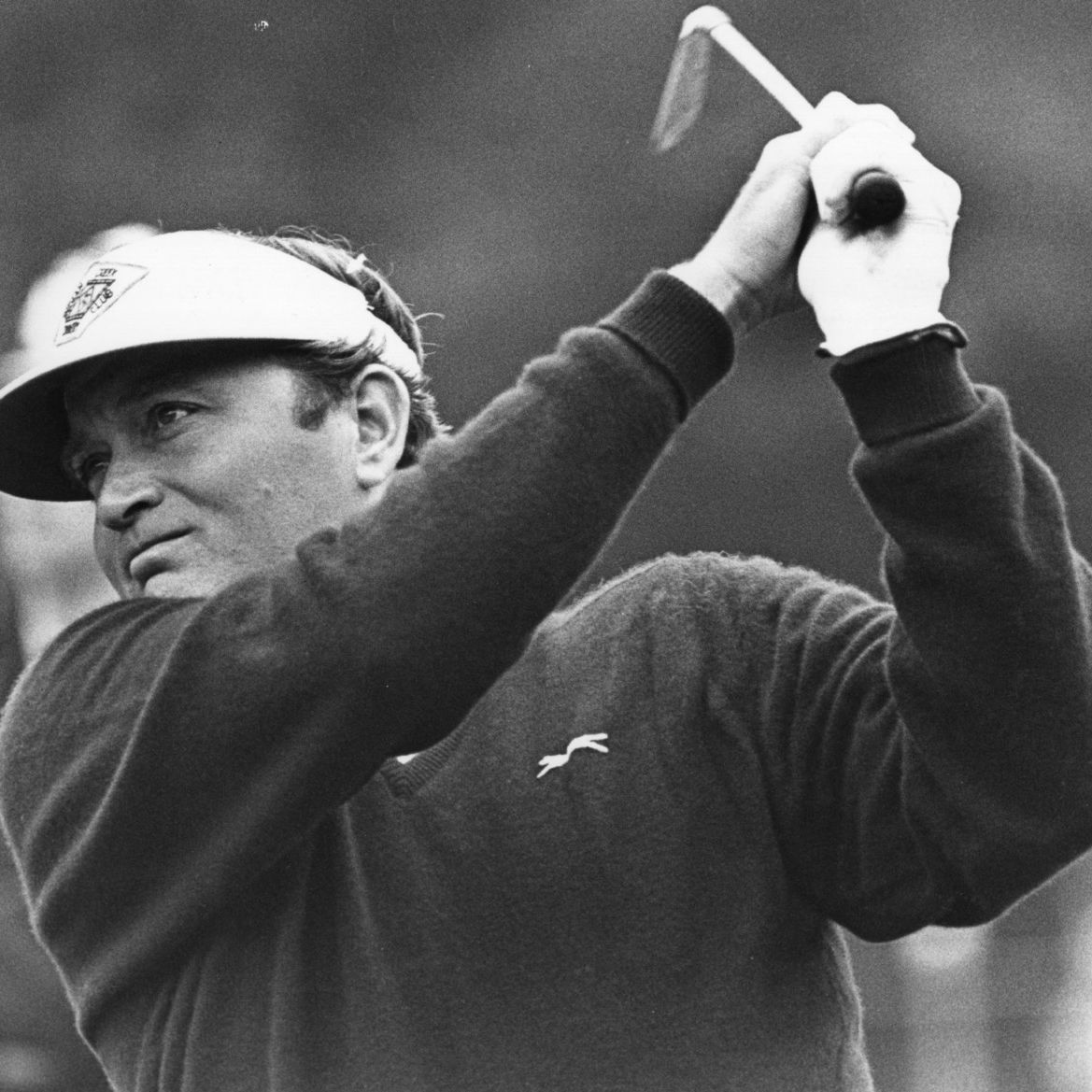 Raymond Loran Floyd is the first golfer to win an event on both the PGA Tour and Champions Tour in the same year [1992].

Along with Sam Snead, Floyd is the only player to win PGA Tour events in four different decades.  His first came in March 1963, while his last came at Doral nearly 29 years later, in March 1992.  It remains the longest gap between first and last wins in Tour history.

Floyd combined tremendous power with a deft touch to win 65 worldwide events.  He won four major championships, 22 PGA Tour titles, and claimed 14 victories on the Champions Tour between 1992 and 2000.

Raymond Floyd is perhaps the finest chipper of the golf ball ever to play the game.  At Doral in 1980, he chipped in for birdie on the second hole of a sudden-death playoff to beat Jack Nicklaus.

Born September 4, 1942, in Fort Bragg, North Carolina, Floyd’s father was the golf pro at the course on the Army base.  L.B. Floyd also owned a nearby driving range, where Raymond and sister Marlene [a future LPGA pro] honed their games.

A fine athlete with superb hand-eye coordination, Floyd was a natural right-hander, but could play equally well from both sides of the golf ball.  After graduating Fayetteville High School in 1960, he turned down an offer to pitch in the Cleveland Indians organization to attend the University of North Carolina.

Floyd left UNC after one semester to join the PGA Tour.  His first victory came two years later when, at 20, Floyd captured the $ 3,500 winner’s check at the St. Petersburg Open.

Floyd earned his first major at the 1969 PGA Championship.  At the 1976 Masters, he used his specially-designed five wood to go 14-under on the par fives to lead wire-to-wire and win by eight.  Floyd won his third major at the 1982 PGA, where his opening round 63 at Southern Hills was the lowest round in a major until 2017.

The 1963 PGA Tour Rookie of the Year played on eight Ryder Cup teams.  Floyd captained the 1989 squad where, at a gala dinner before the matches, he irked Nick Faldo by introducing the Americans as “the 12 greatest players in the world.”

In 1986, the ageless Floyd became the then-oldest U.S. Open champion in history.  The 43-year-old shot a final round 66 to win by two at Shinnecock Hills [the record was broken four years later, when Hale Irwin won the 1990 U.S. Open at 45].

At 50, Floyd was ranked 14th in the world.  When he made the Ryder Cup team the following year, the 51-year-old became the oldest Ryder Cupper in history.

Inducted into the World Golf Hall of Fame in 1989, Floyd was a three-time runner-up at the Masters and had 24 top ten finishes in majors.  The only major to elude him is an Open Championship, where his best finish was a tie for second, behind Jack Nicklaus in 1978 at St. Andrews.

A notorious partier and playboy when he first arrived on Tour, Floyd married his wife, Maria, in 1973 and settled down.  Of his 22 wins on Tour, 17 came after marrying Maria, who died of a rare form of bladder cancer in September 2012.

Between 1972 and 1979, Mr. Floyd made 24 consecutive cuts at major championships.  He represented the U.S. in 15 international competitions and won four majors on the Champions Tour.  On the eve of the 2010 Masters, the great Ray Floyd retired from competitive golf.

Tomorrow marks the 37th anniversary of Raymond Floyd’s 14th career win on Tour.  Down by four heading into the final round of the 1981 Tournament Players Championship, Floyd fired a 68 to force a playoff with Barry Jaeckel and Curtis Strange.  The sudden-death playoff began and ended at the par-three 15th, which Floyd parred to win by one and claim the $72,000 first-place prize.