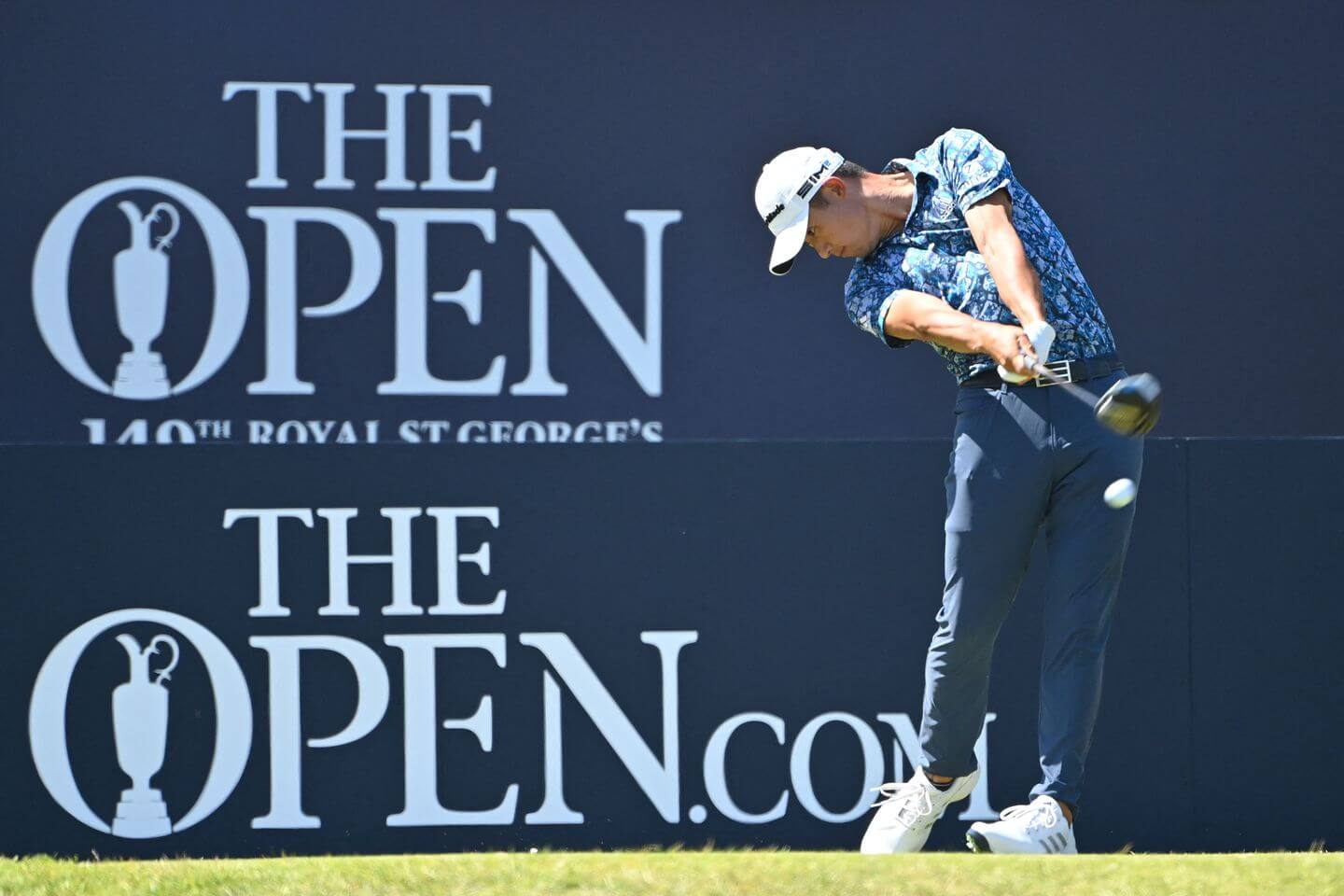 The Open Championship is the oldest and most international tournament in professional golf.

Since 1860, the Open has been played over some of the world’s most cherished links courses and has produced a remarkable legacy of champions. Founded by pioneering golfers who had one guiding principle – to crown the Champion Golfer of the Year – the tournament is a unique event in world sport. Over the past century-and-a-half, fourteen courses have hosted The Open Championship.

Played on the third weekend in July, it was contested at Prestwick Golf Club along the southwest coast of Scotland from 1860 to 1870. Following a one-year hiatus, the event was revived in 1872, when it was played on three courses in rotation: Prestwick, the Old Course at St. Andrews, and Musselburgh Links. In 1892, the newly-built Muirfield replaced Musselburgh in the rota. By 1907, six courses were in the rota –three in Scotland and three in England.

In 1920, all responsibility for The Open Championship was handed over to The Royal & Ancient Golf Club of St. Andrews [R & A]. Carnoustie replaced Prestwick in 1925 and, by the end of The Second World War, the course rotation had grown to its current nine venues: four in Scotland, four in England, and one in Northern Ireland. Turnberry, Royal Troon, Carnoustie, and St. Andrews are in Scotland. England provides Royal Lytham, Royal Birkdale, Royal Liverpool [Hoylake], and Royal St. George’s. Muirfield was removed from the active rota in 2016 following The Honourable Company of Ediburgh Golfers refusal to permit female members to join their club.

The Open Championship has been played 62 times in Scotland, while England has hosted 49 Championships. Northern Ireland’s Royal Portrush, home of the 1951 Open, will play host to golf’s oldest championship for a second time, in 2019. The R & A hosts the tournament every five years and the remaining courses host about once each decade. The 2016 event, held at Royal Troon, attracted more than 170,000 spectators to the Ayrshire coastline and delivered an economic impact of over one million dollars to Scotland.

Amateur golfer and prominent Prestwick member Colonel James Fairlie organized the first Open following the untimely death of Allan Robertson, who was considered the “Champion Golfer” of Scotland. Fairlie proposed a challenge belt and sent letters to the top clubs in Scotland and England, inviting each to send their “respectable caddy” [top player] to the match.

On October 17, 1860, eight professionals assembled at Prestwick for a tournament to determine who would be the Champion golfer. The winner was to receive the Challenge Belt, a prize made of rich Moroccan leather embellished with a silver buckle and emblems. Competitors played three rounds at the then 12-hole links, with Willie Park Sr. beating Old Tom Morris by two strokes. A year later, Prestwick announced that the tournament “shall be open to all the world.”

No prize money was awarded in the first three Open Championships. In 1863, a prize fund of £10 was introduced, which was shared between the second, third and fourth-place finishers. The 1863 champion – Park, who beat defending champion Old Tom Morris by two shots – received the Challenge Belt.

One year later, Old Tom won the tournament [his third in five years] and received the first champion’s cash prize of £6, the equivalent to about $ 109 today. The 2016 Open Championship offered a total purse of $ 8.6 million, with $ 1.55 million going to Henrik Stenson, who won the event after shooting a tournament record 20-under-par in an epic dual with 2013 Open Champion Phil Mickelson.

The Claret Jug or, to use its proper name, the Golf Champion Trophy, is one of the most iconic trophies in all of sports. Made by Mackay Cunningham & Company of Edinburgh, it is presented – along with a gold medal – to each year’s winner. In 1873, Tom Kidd became the first golfer to receive the trophy, but the previous year’s winner, Tom Morris Junior [also known as Young Tom Morris] was the first to have his name engraved on it.

Beginning in 1927, the R & A agreed to retain the original Claret Jug and present future champions with a replica. Defending champion Bobby Jones was the first to receive the replica trophy after winning the 1927 Open Championship, the second of three he would win during his remarkable career. Since 1949, the top amateur to complete the final round is awarded a silver medal, while all amateurs making the cut receive a bronze medal.

The highest finishing member of the PGA of Great Britain and Ireland receives the Braid Taylor Memorial Medal. In addition to the Claret Jug, gold medal, and prize money, the winner of the Open receives what is perhaps the game’s greatest honor – to be referred to as the “Champion Golfer of the Year” for the next 52 weeks.

The inaugural Open was a 36-hole single-day event. In 1892, it was extended to 72 holes played over two days. The first cut rule was introduced in 1898 and was modified several times in the ensuing years. In 1904, The Open Championship was extended to a third day, with 18 holes on each of the first two days and 36 on the third. Tournament qualifying was introduced in 1907. Six decades later, play was extended to four days of 18 holes each. Beginning in 1980, play was changed from Wednesday through Saturday to its present format of Thursday through Sunday.

The field for the Open is 156. It includes the top 50 players in the Official World Golf Ranking, all previous Open champions aged 60 and under, and the ten top finishers from the previous year’s Championship. World golf’s most important contest draws the strongest field among golf’s four major championships and includes all players who have won any of the other three majors [Masters, U.S. Open, PGA Championship] in the previous five years.

Outside the U.K., the tournament is often called the British Open, a name the PGA Tour used until 2014. Beginning in 2005, ESPN/ABC – which televised the event – began referring to the tournament as The Open Championship and have done so since. Golf Channel and NBC followed suit. The great Harry Vardon, who popularized the overlapping “Vardon Grip” during his heyday as the world’s best player, won a record six Open Championships between 1896 and 1914.

Four players have won the championship five times, including the great Tom Watson, who is adored by golf fans in the U.K. The oldest winner is Old Tom Morris, who was 46 when he claimed the Open title in 1867. Young Tom became the youngest winner the following year when he earned the Challenge Belt at 17. Jack Nicklaus has won more major championships than any golfer in history. Three of those wins came at the Open Championship [1966, 1970, 1978]. The Golden Bear has finished runner-up a record seven times, more than any player in Open history. The Open Championship has produced seven wire-to-wire winners, including Tom Weiskopf, Jones, and Rory McIlroy.

The Championship has endured some tough times. It was not held in 1871 when controversy over the administration of the event canceled play. Eleven Opens were lost to war. The tournament was not contested from 1915 to 1919 due to World War I, and the Second World War forced cancellation of the Championship from 1940 to 1945. Arnold Palmer saved the Open Championship when he played at St. Andrews in 1960.

The event had fallen off the radar of American golfers, as purses were small and travel to the U.K. was strenuous. In 1959, not a single American pro was in the field. Fortunately, Mr. Palmer had more imagination than his Tour contemporaries. Aware that Bobby Jones and Walter Hagan had won Open titles, he saw winning one as important to his career and came to Scotland to play in the event’s 100th anniversary. “It was exciting for me because I was trying to fulfill a desire to play in the Open Championship, and I felt that if you were going to be a champion, you couldn’t be a champion without playing in the Open and hopefully winning the Open.” Arnie finished second to Australian Ken Nagle in 1960, but returned to win back-to-back Claret Jugs in 1961 and 1962. The world took notice, and the Open became cool again.

The 2017 event, scheduled for July 13-16 at Royal Birkdale, will be the 146th Open Championship. It will be the tenth time the venerable links course has hosted. Since first hosting The Open in 1954, Royal Birkdale has been [along with Royal Lytham] the most regular venue for the Championship other than St. Andrews. Royal Birkdale sits on a stretch of beautiful linksland that runs almost uninterrupted for 20 miles north of Liverpool along England’s west coast. At Birkdale’s first Open, Peter Thompson won the first of three consecutive Claret Jugs. He returned to the course in 1965 to add his fifth and final Open Championship title.