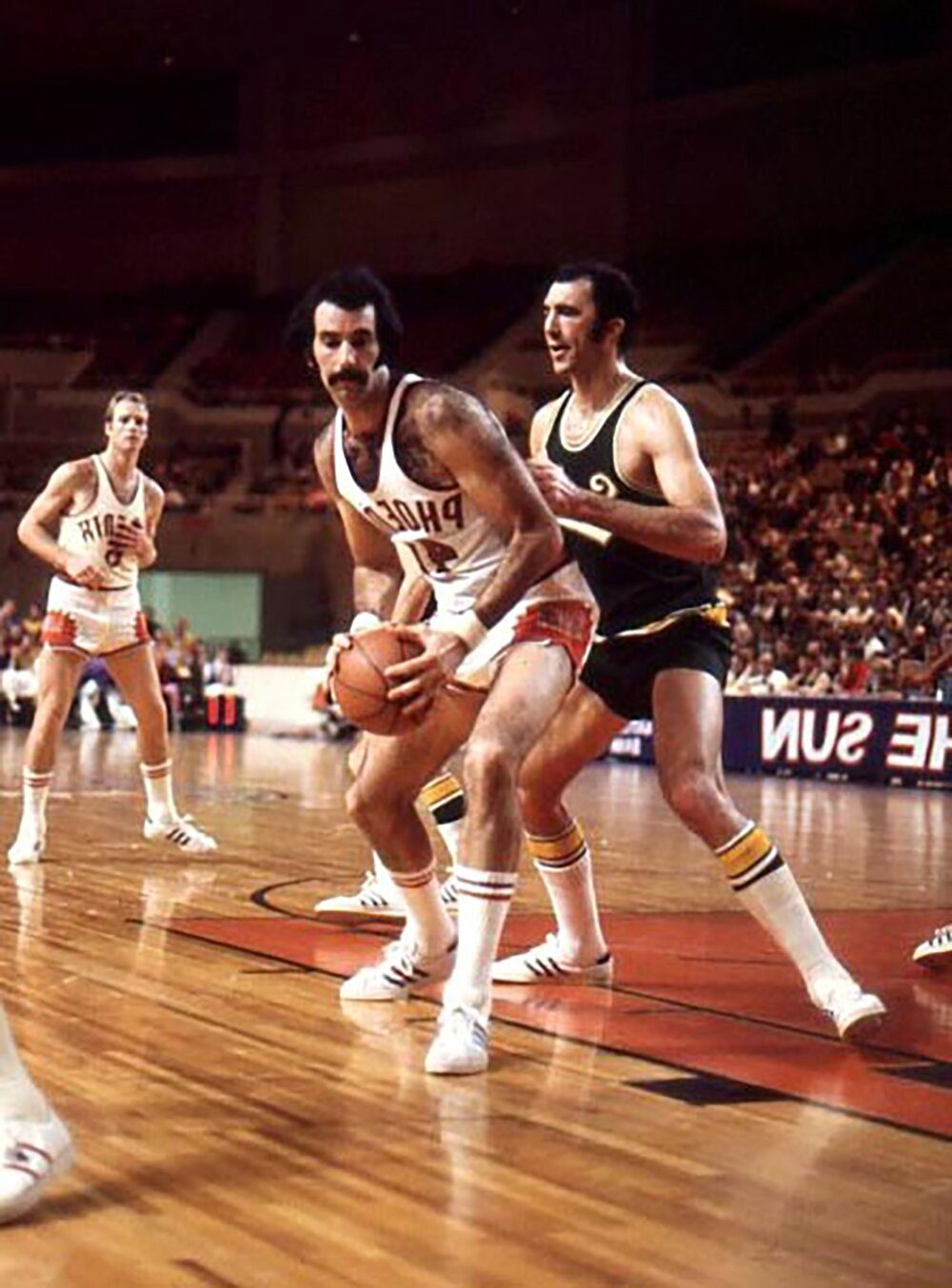 In the 48-year history of the Phoenix Suns, only two players have averaged more than 20 points and 12 rebounds in a single season. One is Charles Barkley, who accomplished the feat in his MVP season of 1992-93.  The other is Neal Walk.

Drafted number two overall in 1969, Walk is widely considered the best center in Suns history.  In his five seasons in the desert, he averaged 14.7 points and nearly nine rebounds per game. A gritty defender with a deft shooting touch, the bearded left-hander featured a hook shot that was difficult to defend.  Walk was also a clever passer, leading the Suns in assists during his final season in Phoenix. Walk accepted a scholarship to the University of Florida, where he was a standout.  As a junior, Walk averaged 26 points and 20 rebounds per game.  The following year, he led the nation in rebounding while tallying 24 points per game.

The Phoenix Suns and Milwaukee Bucks were both expansion teams that finished last in their respected divisions during the 1968-69 season.  After losing a coin flip for the right to take Lew Alcindor [who became five-time MVP Kareem Abdul-Jabbar], the Suns chose Walk with the second pick. Quiet and humble, Walk said of the famous coin flip that determined the 1969 draft order, “I didn’t toss it and I didn’t make the call.  I just play basketball.”

Booed in Phoenix, where Walk was viewed by many Suns fans as a consolation prize, Walk was far from a failure.

As a rookie, he played in all 82 games and helped the Suns improve by 23 wins over the prior year.  With Paul Silas, Gail Goodrich, Connie Hawkins and the “Original Sun” – Dick Van Arsdale – Walk was part of the franchise’s first playoff team in 1970.

Walk’s best season was in 1972-73, when he scored a career-high 42 points against Abdul-Jabbar and the Lakers, then hauled in 26 rebounds against the Philadelphia 76ers. He finished the campaign with 1,009 rebounds, nine shy of Paul Silas’ franchise record.

Walk played five seasons in Phoenix, then was traded to New Orleans in 1974.  After playing 37 games with the Jazz, the 6’10”. 220-pound center was dealt to the New York Knicks, where he finished his NBA career in 1977. He played four seasons in Italy and Israel before calling it quits for good in 1981.

In 1987, a tingling sensation in his feet prompted Walk to visit a doctor.  During surgery to remove bone chips in his neck, surgeons discovered that a disc was pressing against his spinal cord with a lump between his shoulder blades. A subsequent operation was performed the following year to remove the grape-sized mass, which was benign, but Walk lost use of his legs as a result of complications from the surgery.

While recuperating in Phoenix following the surgery, Suns president Jerry Colangelo – who had drafted and later coached Walk – invited his former center to join the franchise in a community-relations capacity. Walk gave inspirational speeches, put on camps for athletes with disabilities, and became a voice for the mobility-impaired.

He joined the National Wheelchair Basketball Association.  Named 1990 Wheelchair Athlete of the Year, Walk earned a trip to the White House and a meeting with President George H.W. Bush. Mr. Walk was presented the 1995 Gene Autry Courage Award, presented annually to athletes who conquer physical challenges in the face of adversity.  In 2006, he was inducted into the Jewish Sports Hall of Fame. Inducted into the University of Florida as a Gator Great, Neal Walk’s number 41 remains the only number to have been retired by the Florida basketball program.