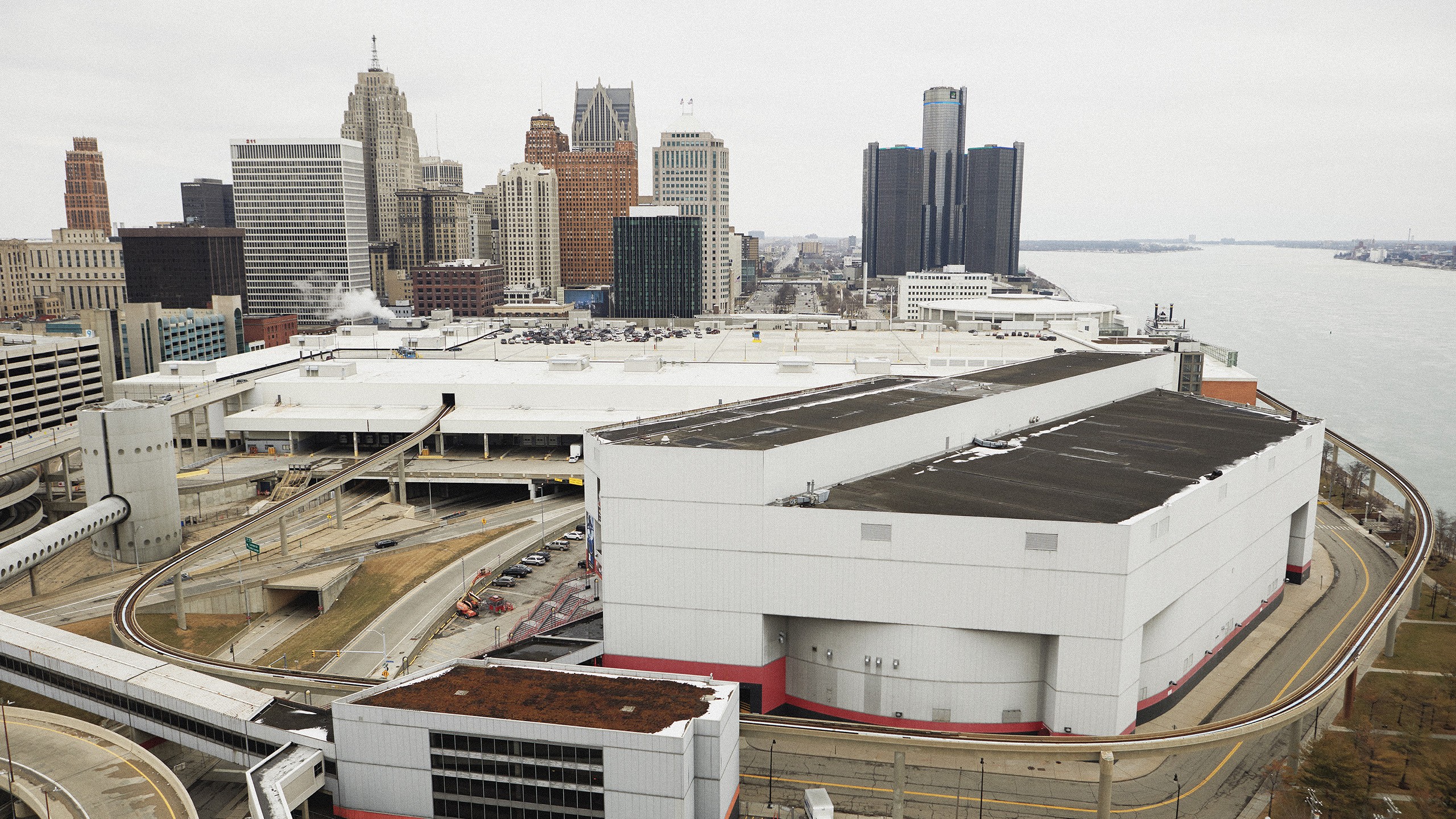 For 38 years, Joe Louis Arena was the beating heart of Hockeytown.

Situated at 19 Steve Yzerman Drive, across from the Detroit People Mover station near the intersection of 3rd Street and Jefferson Avenue, the now-defunct structure was a 20,000-seat arena located along the Detroit River adjacent to Cobo Hall.  Named for former world heavyweight boxing champion Joe Louis, who grew up in Detroit, the venue was the site of many of the Motor City’s most important sporting and entertainment events for 38 years.

One of the National Hockey League’s Original Six franchises, the Detroit Red Wings had been playing at Olympia Stadium since 1927.  As the neighborhood around the Old Barn gradually deteriorated, the Red Wings began searching for a new home.  In 1977, they announced they were moving 30 miles away, to Pontiac.  Having lost the NFL Lions to Pontiac two years earlier, the City of Detroit acted swiftly and offered the Wings a new downtown arena. The hockey club accepted, and ground was broken on Joe Louis Arena on this date in 1977.  Owned by the City of Detroit and operated by the Ilitch family, current owners of the Red Wings, The Joe was built for $ 57 million and opened in December 1979.

The arena named for a prizefighter opened with a college basketball game.  On December 12, 1979, the University of Detroit hosted the Michigan Wolverines at Joe Louis Arena.

The first hockey game at Joe Louis Arena was played December 27, 1979.  St. Louis Blues left winger Brian Sutter scored the building’s inaugural goal as the visitors skated to a 3-2 victory.  A once-proud franchise that had fallen on hard times, the Detroit Red Wings qualified for the postseason only twice in the 17 seasons between 1966 and 1983.  Known as the Dead Wings, their caliber of hockey was poor and fan interest was waning.  In 1982, Detroit native and Little Caesars founder Mike Ilitch bought the Red Wings and vowed to bring a championship to the Motor City.  In 1997, Ilitch delivered, as the Wings captured their first Stanley Cup in 42 years.  Since the opening of Joe Louis Arena, the Wings won more regular season and playoff games than any team in the NHL – and Detroit became Hockeytown.

Around the NHL, Joe Louis Arena was hallowed.  Home ice of Stevie Y, Brendan Shanahan, Chris Chelios and Nicklas Lidstrom, The Joe was first and foremost a hockey barn.  The big, gray, windowless structure had a rich history.  Joe Louis Arena hosted six Stanley Cup Finals, with the Red Wings winning four of them.  The 2001-02 team featured nine future Hall of Famers.  Led by Scotty Bowman, the winningest coach in NHL history, Detroit won its third Cup in six years while delivering Bowman the 11th title of his brilliant career.

In February 1980, 51-year-old Gordie Howe received the longest and loudest ovation in the building’s history when he took the ice for his 23rd and final NHL All-Star Game, played at The Joe.  The noise was deafening when the greatest player in franchise history, then in his third season with the Hartford Whalers, assisted on the final goal of the game to help the Wales Conference to a 6-3 win.  Thirty-six years later, Mr. Hockey’s casket lied in state in a public visitation at Joe Louis Arena following his passing in June 2016.

The Joe had some of the fastest ice in the NHL.  Meticulously groomed by Al Sobotka, JLA’s operations manager and Zamboni driver, the 200 x 85-foot surface was the finest in the league.  Detroit fans often arrived early to watch Sobotka prepare the ice for a game. Mr. Sobotka is also responsible for removing octopi from the ice.  One of hockey’s greatest traditions, Detroit fans throw octopi on the ice during the Stanley Cup playoffs.  The practice began in 1952 when the eight arms of the cephalopod represented the number of playoff wins necessary to capture the Stanley Cup.

For 27 years, “The Red Wings Own” Karen Newman sang the National Anthem before hockey games at The Joe.

Joe Louis Arena held concerts like a champ.  Upon opening, it became home to Detroit’s biggest shows.  Sinatra played there.  So did Aretha, Madonna, Cher, and Lady Gaga.  The first act to jam The Joe was the Canadian rock group, Rush, in February 1980.  The last was a rap concert, held in July 2017.  In between, the venerable arena hosted Detroit natives Kid Rock, Bob Seger and Eminem, as well as Elton John, the Beach Boys, Fleetwood Mac, Prince, and the Eagles.

Joe Louis Arena was the site of one of the most infamous sporting events in history.  On January 6, 1994, defending champion and ladies gold frontrunner Nancy Kerrigan was attacked at the U.S. Figure Skating Championships.  As she was walking through a corridor following a practice session, Kerrigan was bludgeoned with a police baton by an assailant.  The “Whack Heard ‘Round the World” severely bruised Kerrigan’s right leg, forcing her to withdraw from the competition.  Two days later, Tonya Harding won the ladies’ title and earned a spot – along with Kerrigan – on the U.S. Olympic team.

The incident gained unprecedented international attention during the run-up to the Lillehammer Olympics.  Kerrigan’s attacker had ties to Harding’s ex-husband, Jeff Gillooly, who was trying to keep Kerrigan from competing in both the National Championships and the Olympics.  At the Winter Games seven weeks later, the ladies’ singles competition drew record television ratings, with Kerrigan capturing silver behind Ukrainian skater Oksuna Baiul.  Harding finished eighth.  Following the Games, Harding pled guilty to hindering the prosecution and, in June 1994, was banned for life by the U.S. Figure Skating Association.

Never the most aesthetically pleasing building, Joe Louis Arena was the site of countless beautiful moments.  The 1980 Republican National Convention that nominated Ronald Reagan was held at The Joe.  So was the 1987 NHL Entry Draft, the first to be held in the U.S.

The arena along the river hosted amateur tournaments, including College Hockey at The Joe, a series of collegiate events sponsored by the Detroit Red Wings.  For more than three decades, the Great Lakes Invitational, a four-team New Year’s event, was held there.  In 2015 and 2017, The Joe played host to the Big Ten Hockey Tournament.  The Horizon League held its Men’s basketball tournament – dubbed Motor City Madness – at The Joe in 2016 and 2017.

The Arena Football League’s Detroit Drive won four ArenaBowls at The Joe, and the Detroit Shock captured the 2006 WNBA title there.  The Detroit Pistons called Joe Louis Arena home when the Pontiac Silverdome was unavailable.  Numerous wrestling events took place at JLA, including final event held there.  On July 29, 2017, John Cena headlined WWE’s SummerSlam before the 38-year-old building closed its doors for good.

At the time of its closing, Joe Louis Arena was the second-oldest venue in the NHL, behind Madison Square Garden.  Memorabilia from the building was auctioned off, including the iconic red seats, which sold for as much as $150 apiece.  The Red Wings played at The Joe for the last time April 9, 2017, in a 4-1 win over the New Jersey Devils.  Six months later, they moved into their new home, 19,500-seat Little Caesars Arena – The Dough Joe — in mid-town Detroit.  The Joe is scheduled for demolition next month. 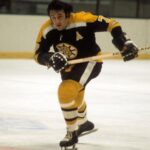 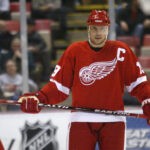