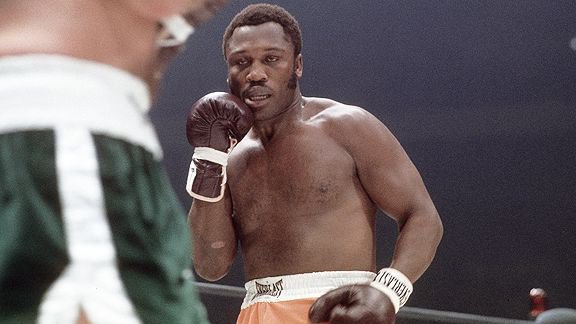 Billy Joe Frazier never got his due as one of the great heavyweight fighters of the 20th Century.

Born in Beaufort, South Carolina, January 12, 1944, Frazier was the youngest of Rubin and Dolly Frazier’s eleven children, who made their living as sharecroppers while running a moonshine mill.  Never a student, “Billy Boy” dropped out of school at 13.  Two years later, he moved to New York City to live with his older brother, Tommy, and Tommy’s wife, Ollie.  Unable to find work, Frazier took to stealing cars, selling them to a Brooklyn junkyard for $ 50 apiece.  He soon moved to Philadelphia to live with relatives, finding work in a slaughterhouse, where he pounded slabs of beef—a tidbit Sylvester Stallone later stole for his fictional Philly-based Rocky character.  In 1961, Frazier entered a Police Athletic League gym to lose weight and was discovered by Yank Durham, a respected boxing trainer.  Durham shortened Frazier’s punches—improving his leverage—while adding speed and power to his thundering left hook.  Frazier advanced quickly, winning Middle Atlantic heavyweight Gold Gloves titles three straight years before losing to Buster Mathis in the finals of the 1964 Olympic Trials.  When Mathis injured his hand and was unable to compete in Tokyo, Frazier replaced him as U.S. heavyweight, where he beat Hans Huber of Germany to win the gold medal despite competing with a broken left thumb.  After a group of Philly businessmen formed a group called Cloverlay and bankrolled him for $ 20,000, Joe Frazier made his professional debut in August 1965.  Within a year, he was 11-0–all by knockout–and by winter 1968, he was 21-0.

When World Boxing Association heavyweight champion Muhammad Ali refused induction into the U.S. Army in 1967, the WBA stripped him of his title, arranging an eight-man elimination tournament to determine a replacement.  Cloverlay objected to the terms of the contract, so Frazier did not participate.  After beating Mathis in March 1968 to become New York state champion, Frazier dropped Jimmy Ellis—who had won the WBA tournament—to become undisputed heavyweight champ in February 1970.  That summer, Ali won a court battle to regain his boxing license and, after winning a pair of tune-up bouts, signed to climb into the ring with “Smokin” Joe Frazier.  The two met at Madison Square Garden [Daily Dose, December 15] on March 8, 1971, in the “Fight of the Century.” Each fighter was guaranteed $2.5 million for the fight and, with 300 million watching on closed-circuit television, Frazier knocked Ali down in the 14th round en route to a unanimous 15-round decision.  Frazier successfully defended his title twice before losing it in January 1973, when George Forman knocked Frazier down six times in two rounds—“Down Goes Frazier!”  One year later, Ali and Frazier faced off at MSG for the right to fight Forman.  Ali narrowly won on a decision and went on to beat Forman and reclaim the heavyweight crown.  In October 1975, Frazier and Ali met for the third and final time of their Hall of Fame careers in the “Thrilla in Manila,” one of the greatest prize fights in history.  Under oppressively hot conditions, they fought 14 grueling rounds, with Frazier’s corner stopping the fight when both of Joe’s eyes had swollen shut.  During the bout, Ali said to Frazier, “They said you were through, Joe.”  Smokin’ Joe replied, “They lied.”  Neither fighter was ever the same after the Thrilla in Manila.  Ali later said it was the “closest to dying that I know of” and that “we went to Manila as champions.  We came home as old men.”  In 1976, Frazier fought Forman in a rematch, losing by TKO in the fifth round.  Yank Durham said of his fighter, “I’ve had plenty of other boxers with more raw talent but none with more dedication and strength.”

Smokin’ Joe Frazier charged after his opponents with a relentless, attacking style.  He stalked them—head down, crouching,–with near total abandonment of any self-defense.  Frazier personified the gritty, working-class style of his hard-knuckled hometown of Philadelphia.  He was the perfect foil for his nemesis, Muhammad Ali, with whom he will be forever linked.  The two men had contrasting styles, personalities and images, battling each other in three timeless fights.  Their first bout–the Fight of the Century– was the most-anticipated boxing match in history, but their final fight—the Thrilla in Manilla—may have been the best.  Frazier, at just under six feet and 205 pounds, gave up three inches in height and nearly seven inches in reach to Ali, but he never backed down.  In their three matches, Ali and Frazier provided boxing fans with 41 of the fiercest, most courageous rounds of entertainment in the history of the Sweet Science.  David Halberstam wrote, “The only way we know of Ali’s greatness is because of Frazier’s equivalent greatness.  In the end there was no real difference between the two of them as fighters and when sports fans and historians look back, they will think of the fights as classics, with no identifiable winner or loser.”  Joe Frazier retired after his final fight, a draw against “Jumbo” Cummings in December 1981.  Billy Joe Frazier died of liver cancer on November 7, 2011 in his hometown of Philadelphia.

On this date in 1969, Joe Frazier knocked out Dave Zyglewicz in the first round at Sam Houston Coliseum in Houston, Texas to go 23-0 and retain the New York State Athletic Commission heavyweight title.

“Joe Frazier would come out smoking.  If you hit him, he liked it.  If you knocked him down, you only made him mad.”– George Forman, former World Heavyweight Champion