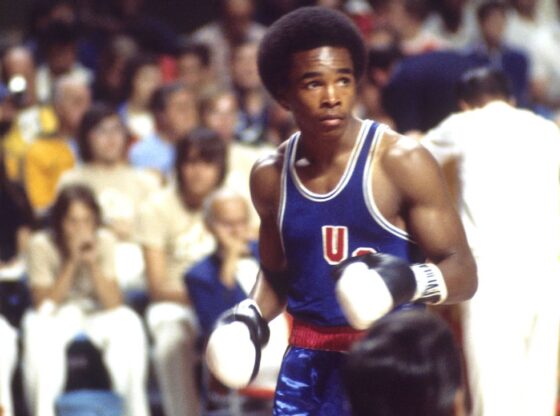 The 1976 United States boxing team is the best squad in Olympic history.

One of the most storied teams in the annals of Olympic boxing, the 1976 unit put together a performance for the ages, winning seven medals – five of them gold —  in Montreal.  Forget Michael, Magic and Larry.  The original Olympic Dream Team was in Montreal, and included Ray, Leon and Howard.

The Americans sent 11 fighters – all but one of them underdogs — into a ring set up inside the Montreal Forum, then proceeded to dominate as no single nation had done before.  Over the course of the two-week, single-elimination tournament, U.S. boxers won 35 of 41 bouts.

On July 31, 1976, the world witnessed one of the most incredible evenings in the history of The Sweet Science.  Little Leo Randolph, an 18-year-old flyweight, decisioned a tough Cuban to get the evening started.  After Army sergeant Charles Mooney took silver at 119 pounds, Howard Davis stepped into the ring.  Davis, whose mother died of a heart attack two days before the Olympics opened, faced his toughest opponents at the Olympic Trials, when he had to beat both Thomas Hearns and Aaron Pryor to make the team.  In the gold medal match, Davis dominated his Romanian opponent and was named outstanding boxer of the Games.

Light welterweight “Sugar” Ray Leonard won all his fights by a 5-0 [unanimous] decision to get to the final, where he faced Cuba’s Andres Aldama.  The Cuban slugger had won his first five matches by knockout.  Ignoring intense pain in both hands, Leonard dominated Aldama in the final, winning a 5-0 decision.

The first Olympic boxing brothers, Leon and Mike Spinks, were the team’s big punchers.  Leon, a 23-year-old Marine, stopped the heavily-favored Cuban, Sixto Soria, in the third round.  Mike, a 20-year-old middleweight, beat up Rufat Riskiev so badly the Russian quit at 1:54 of the third.

The second U.S. silver medal went to big John Tate, a garbage truck driver from Knoxville.  Pitted against Cuban legend Teofilo Stevenson –the most dominant amateur heavyweight ever to lace up a pair of gloves, Tate had only 19 months’ experience when the two met in the semifinals.  Stevenson dispatched the 21-year-old Tate en route to the second of three consecutive Olympic heavyweight career gold medals.

While some may argue that the 1984 U.S. team – which yielded 11 medals, including nine golds – is the strongest boxing squad ever assembled, the ’76 group faced tougher competition.  Both Games were affected by boycotts.  In 1976, 28 African countries stayed away from Montreal to protest New Zealand allowing a South African rugby team to play in New Zealand at a time when South Africa supported apartheid.  In 1984, thirteen Soviet bloc countries, and Cuba, chose not to go to Los Angeles in retaliation for the U.S. boycotting the Moscow Games four years earlier.

The 1984 squad included Meldrick Taylor, Mark Breland, Pernell “Sweat Pea” Whitaker {9} and Evander Holyfield, some of the best American fighters in history.  Both the ’76 team and ’84 team were coached by Pat Nappi, a hard-nosed Italian-American who had coached the Army boxing team since 1953.  In Montreal, Nappi was assisted by Tom Johnson, a peerless ring technician.  Preaching movement that forced the communist fighters to retreat, coupled with superb conditioning, Nappi and Johnson were able to lead the 1976 team to the greatest performance in Olympic boxing history.

“I may be biased, but I consider my team better than any other team,” said Leonard, who went on to win world titles in five weight classes as a pro.  “We went to Montreal favored to win only one gold medal, and that was by Howard Davis.”  Because Communist countries would not allow their athletes to turn professional, Eastern Bloc nations featured several of the best amateur fighters in the world. The Cubans were even better.  At the 1972 Munich Games, nine of 11 boxing medals went to communist countries, with Cuba collecting three of them.

“We showed the world we had a sensational, incredible team,” continued Leonard. “All of our final matches were against Cuba, against Russia.  To win, we had to beat the best of the best.”

“That was by far the best team the U.S. has ever produced,” said Ed Schuyler of the Associated Press, who began covering the Olympics in 1960.  “Hands down.  It’s not even fair to compare that bunch with any other.”

Ray Leonard went on to become one of the greatest fighters of all time.  Leon Spinks upset Muhammad Ali for the heavyweight title in just his eighth professional bout, while Michael Spinks surprised Larry Holmes to take the heavyweight championship in 1985.

How far has American boxing fallen in the past three decades?  At the Rio Olympics in 2016, the United States did not win a single gold medal in boxing.  The U.S. won two boxing medals: a silver in bantamweight and a bronze in the light flyweight division.  Of the ten boxing gold medals awarded in Rio, three went to Cuban fighters and three to boxers representing Uzbekistan, a former Soviet bloc country.  Overall, Uzbekistan claimed seven Olympic boxing medals at the 2016 Games, while Cuba took six.