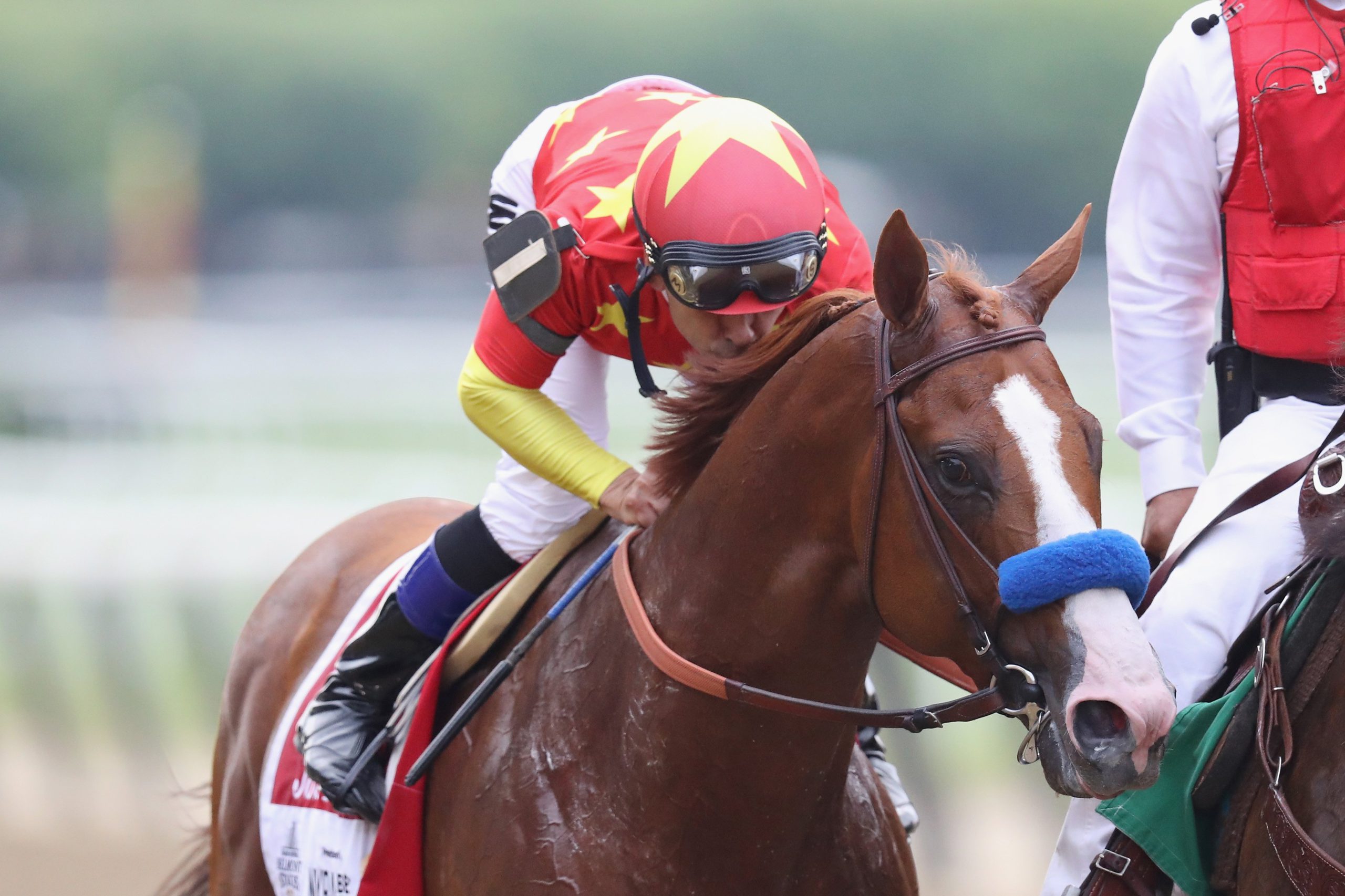 Seattle Slew is the only undefeated Triple Crown winner in thoroughbred racing history.

Foaled at White Horse Acres Farms near Lexington, Kentucky, on this date in 1974, Seattle Slew’s bloodlines trace back to some of the greatest race horses ever to run.  He was sired by Bold Reasoning, who had eight firsts and two seconds in ten career starts and set a Belmont Park track record as a four-year-old.  His great-granddaddy, Bold Ruler, was the 1957 Horse of the Year, fathered Secretariat, and was rated by The Blood Horse as the 19th best horse of the 20th century.  Seattle Slew’s dam [mother], My Charmer, was a six-time winner whose lineage includes War Admiral, winner of the 1937 Triple Crown and the 13th best horse of the 20th century.

Not heralded by the horse racing industry or media, Seattle Slew was bought at auction in July 1975 by former flight attendant Karen Taylor and her husband, Mickey, who was a lumberman.  The couple, who lived in south central Washington, paid the bargain-basement sum of $ 17,500 for the horse.  A big, gangly, dark brown colt with a small white patch of hair near his left rear hoof, Slew was sent to Maryland to train with Billy Turner.

Seattle Slew made his racing debut in September 1976 at Belmont Park, winning by five lengths.  He raced three times that fall—winning all three by comfortable margins—and was named Champion Two-Year Old of 1976.  Slew’s first start as a three-year-old came March 7, 1977, when he set a track record and won by nine lengths at Hialeah Park.  Two weeks later, he won the Flamingo Stakes after running the third-fastest time in the event’s 51-year history.  Seattle Slew completed his preparation for the Triple Crown races with a three-and-a-quarter length victory at the Wood Memorial at Aqueduct Racetrack in Queens in April 1977.

The Triple Crown of Thoroughbred Racing is comprised of the Kentucky Derby [Daily Dose, 5/6/16], Preakness Stakes, and Belmont Stakes.  The races are restricted to three-year-old horses and are run on dirt tracks over a six-week period in May and June.  First contested in 1875, the Triple Crown races have been held 136 times [the Preakness was not run from 1891 to 1893, and the Belmont was not held in 1911 and 1912].  A dozen thoroughbreds have claimed the Triple Crown.  The first was Sir Barton in 1919 and the last was American Pharoah [Daily Dose, 4/21/16], in 2015.  Since 1875, 23 thoroughbreds have won the first two legs of the Triple Crown before falling short at the Belmont Stakes.

On the first Saturday in May 1977, Seattle Slew won the Kentucky Derby—the most prestigious event in racing—by a length-and-a-half.  Two weeks later, he claimed the Preakness.  On June 11, Seattle Slew made history, leading wire-to-wire on a muddy track to win the Belmont Stakes and become the tenth horse in thoroughbred history to win the Triple Crown.  His four-length victory was his ninth in as many tries, making him the first undefeated Triple Crown winner.  At the end of the season, Slew won the 1977 Eclipse Award as Three Year Old of the Year.

The ability to fight through adversity is what set Seattle Slew apart from other horses.  In January 1978, he fought off a life-threatening collapsed left jugular vein and horse veterinarians advised he never race again.  Ignoring the advice, Slew raced anyway, winning three major races and finishing second in two others.  Following a win in his final race at Aqueduct in November 1978, he was named U.S. Champion Older Male Horse of the Year, then stood at stud at Spendthrift Farm in Lexington.  Seattle Slew sired 1992 Horse of the Year A.P. Indy, who, in turn, sired Rags to Riches.  Both horses went on to win the Belmont Stakes, making Slew the only horse to father and grandfather Belmont winners.

Seattle Slew may be the most complete thoroughbred the horse racing industry has ever seen.  In 17 career races, he won 14 and was second twice.  Slew earned over $ 1.2 million on the racetrack and millions more at stud, where he commanded $ 750,000 per coupling.  Seattle Slew sired more than 100 Stakes winners, including Cigar–1996 Horse of the Year and the all-time leading money winner in North American racing history.  He is one of 11 Kentucky Derby winners to sire a Kentucky Derby winner [Swale, 1984] and his offspring won over $ 75 million in prize money.  “If Seattle Slew were human,” said hall-of-fame jockey Angel Cordero, who has ridden six Triple Crown winners, “he’d be Muhammed Ali.  Jumping, strutting, and cocky—but good.  He’s the best horse I’ve ever been on.”

Thoroughbred racing reached its pinnacle in the United States in the 1970s, when three horses won the Triple Crown within five years.  The first was Secretariat [Daily Dose, 6/9/16]—the greatest racehorse in history—who set track records in each of the 1973 Triple Crown races that still stand.  The third was Affirmed, whose epic duels with Alydar [Daily Dose, 3/23/16] captivated America.  Between the two was Seattle Slew, who beat Affirmed on two occasions by a combined 22 lengths.  “He wanted people to know how good he was,” said Jean Cruguet, who rode Slew to victory in the 1977 Kentucky Derby.  Blessed with intelligence but sometimes difficult to handle because of his burning desire to run, he was magnetic.  “Every time he ran he was an odds-on favorite, and the response to his presence on the racetrack, either for a morning workout or a major race, was electric,” wrote John Hirsch of the Daily Racing Form, ‘Slewmania’ was a virulent and widespread condition.”

Seattle Slew died May 7, 2002—25 years to the day after he won the Kentucky Derby.  He was 28 years old.  Winner of nine major Stakes races, Seattle Slew was inducted into the Racing Hall of Fame in 1981.  The Blood Horse, considered the leading publication in North American thoroughbred racing, rated Seattle Slew the 9th best horse of the 20th century.