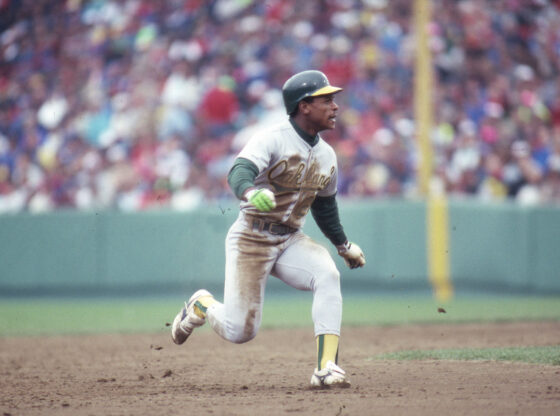 Rickey Henderson is the greatest leadoff hitter ever to step into a batter’s box.

The ultimate combination of speed and power, Henderson stole more bases [1,406] than any player in history.  He also hit 297 career home runs, with a big-league record 81 of them leading off a game.  With a flair for the dramatic and unbridled enthusiasm for the game, Henderson loved to play baseball.  “If my uniform doesn’t get dirty,” he said, “I haven’t done anything in the baseball game.”  Rickey was one of the most dynamic players of his era.  He is baseball’s all-time leader in unintentional walks and was among the league’s top ten base stealers in 21 different seasons, a record of durability and consistency that will likely never be matched.  A ten-time All-Star and 1990 MVP, Henderson batted lead-off for two World Series champions, the 1989 Oakland A’s and 1993 Toronto Blue Jays.

Henderson played for nine teams over 24 big league seasons.  Possessing a buoyant, likeable personality, he liked to speak in the first person and was incredibly quotable.  Henderson was eccentric.  “Rickey don’t like it when Rickey can’t find Rickey’s limo.”  He was engaging. “I like playing for Oakland.  They have a very colorful uniform.”  Henderson was funny.  In describing life after retirement, he said, Rickey got a big ranch.  Rickey got a bull.  Rickey got horses.  Rickey got chickens and everything.  And Rickey got a 20-gallon hat.”  During his second career stint in San Diego in 2001, one of Henderson’s Padre teammates offered him a seat anywhere on the bus, saying that the veteran outfielder had tenure.  “Ten years?  What are you talking about?  Rickey got 16, 17 years.”

“He’s the greatest leadoff hitter of all time,” said longtime A’s general manager Billy Beane, “and I’m not sure there’s even a close second.”  Henderson was strong, fast and durable.  A fitness fanatic, he led the American League in steals a dozen times, earning him the apropos nickname, “The Man of Steal.”  He stole 100 or more bases in three different seasons.  The 1981 Gold Glover won three Silver Slugger Awards as the best-hitting left fielder in the league.  The eccentric Henderson, who had his Number 24 retired by Oakland, finished in the top ten of MVP voting five times.  In 1984, he became the first American League player to hit more than 20 homers and steal over 50 bases in a season.

“Rickey Henderson is a run, man,” said former A’s teammate, Mitchell Paige.  “That’s it.  When you see Rickey Henderson, I don’t care when, the score’s already 1-0.”

Rickey scored 2,295 runs, more than any player in baseball history.  Several were “Rickey Runs,” which often started with a lead-off walk, a stolen base, and infield out and sacrifice fly.”  His ability to create a run without the team producing a single hit drove opposing pitchers crazy.  Henderson appeared in over 3,000 major league games.  Only Pete Rose, Carl Yastrzemski and Hank Aaron have played more.  Henderson is in the top ten all-time in plate appearances, outfield put-outs, and total chances.  Henderson led off a game with a home run 81 times, and nobody else is close.  Alphonso Soriano is next on the list, with 54, followed by Craig Biggio’s 53.

Born in the back seat of an Oldsmobile in Chicago on Christmas Day 1958, Rickey Nelson Henley was named after singer-actor Ricky Nelson.  When he was two, his father left.  Five years later, Rickey moved with his mother, Bobbie, and siblings, to Oakland.  His mother married Paul Henderson in Rickey’s junior year at Oakland Technical High School,  and the family adopted the Henderson surname.  A three-sport star at Tech, Henderson twice rushed for over 1,000 yards a season in football and received over a dozen college scholarship offers.  He was also a three-time all-league baseball player.  After the Oakland A’s selected Henderson in the fourth round of the 1976 major league draft, Bobbie pointed out to her son that baseball players have longer careers.  Despite his childhood dream of playing for the Oakland Raiders, he chose to sign with the A’s.  Following his high school graduation, the 5”10” speedster reported to the Boise A’s of the Single-A Northwest League.

After three seasons in the minors, Henderson made his big league debut with the Oakland A’s in June 1979.  He made an immediate impact, stealing 33 bases in 89 games.  In his first full season the following year, he swiped 100 bags to break Ty Cobb’s American League record of 96, set 65 years earlier.  In 1982, Henderson shattered one of Major League Baseball’s most hallowed marks, stealing 130 bases to surpass Lou Brock’s record 118 in a single season.

Henderson drew a lead-off walk 796 times in his career.  Think about that.  There was positively nothing a pitcher would want to avoid more than putting Rickey Henderson on base to start an inning.  Yet he did it 796 times.  Henderson joined the Boston Red Sox at 43.  Astonishingly, when he joined the team in 2002, he had more career stolen bases than the entire team – 1,395 for Rickey, 1,382 for the rest of the BoSox.

Tom Verducci wrote in Sports Illustrated in 2003, “There are certain figures in American history who have passed into the realm of cultural mythology, as if reality could no longer contain their stories.  Johnny Appleseed. Wild Bill Hickok. Davy Crockett.  Rickey Henderson.  They exist on the sometimes narrow margin between fact and fiction.”

In 2009, Henderson was elected to the Baseball Hall of Fame on the first ballot.  In April 2017, the playing surface at Oakland Coliseum was renamed Rickey Henderson Field in honor of one of the franchise’s greatest players.

On this date in 1989, the Oakland A’s reacquired left fielder Rickey Henderson from the New York Yankees in exchange for pitchers Greg Cadaret, Eric Plunk and outfielder Luis Palonia.  Henderson helped Oakland to a sweep over the San Francisco Giants in the World Series.  It is the last time the Athletics won a world championship. 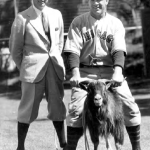 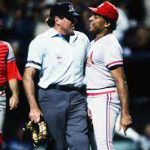 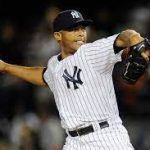 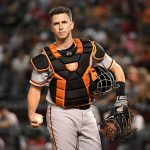 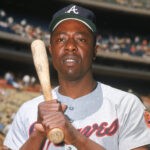 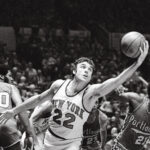