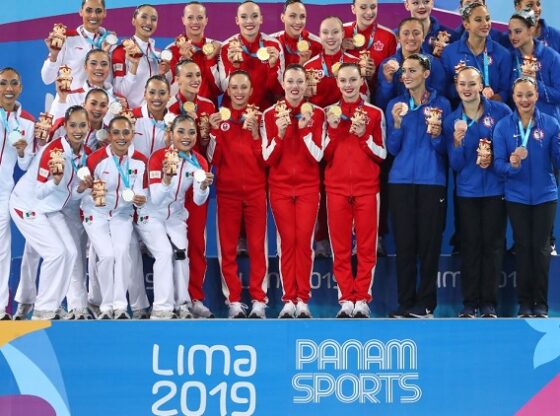 More than just a sports competition, the Pan Am Games is a place to see future Olympians and Olympic events.

First held in 1937, and every four years since 1951, the Pan American Games are a summertime sports competition for countries in North, South and Central America.  An Olympic-style competition, the Pan Ams are held one year before the Olympic Games. The event is organized by Panam Sports [formerly the Pan American Sports Organization or PASO], which is affiliated with the International Olympic Committee [IOC] and operates in accordance with the Olympic charter.

The seed for the Pan Am Games was planted at the 1932 Los Angeles Olympics, where Latin American IOC representatives suggested creating a competition among all countries in the Americas.  The first event took place in Dallas in 1937 but garnered so little attention it is not considered part of Pan Am’s history.  At the first Pan American Sports Congress, held in 1940, participants decided that Buenos Aires should host a competition among the Americas.  They decided the event, dubbed the Pan America Games, would commence upon the conclusion of World War II.

In Toronto, Team USA took home 265 medals, topping the medal count for the 16th straight time at the Pan Am Games.

Spanish and English are the official languages of the Pan Ams.  The other language used is that of the host country.  Like the Olympics, the Pan American Games feature opening and closing ceremonies.  The event has its own flag, logo, anthem and mascot.  And, like the Olympics, a torch bearing the Pan Am flame is marched into the host venue, where it remains burning throughout the 16-day competition.

Pan Am winners are presented medals following each competition.  The first, second and third place finishers in each event receive gold, silver and bronze medals, respectively.  Athletes stand on a three-tiered podium while receiving their medals, given out by IOC or PASO members.  The national flags of the three medalists are raised while the national anthem of the gold medalist’s country plays.

While some sports hold tournaments – called Trials – in the months preceding the Olympic Games, the Pan Ams serve as the Olympic qualifier for several sports.  A record 22 Olympic qualifying spots will be up for grabs in Lima.  Archery, badminton, field hockey, equestrian, table tennis and team handball are among them.

Sport Climbing is the only new Olympic sport not added to the Pan Am Game program, due to the lack of sufficient national federations across the Americas.

Much like the Olympic Games, the Pan Ams has a Para competition that follows soon after in the same city.  The 2019 Parapan American Games will get underway August 23 in Lima and will feature athletes from 31 countries participating in 17 sports.  The third-largest city in the Americas [behind Sao Paulo and Mexico City] was selected over Venezuela, Chile and Argentina.  The 2019 competition will be the largest sporting event ever hosted by Peru.

The Pan American Games have been held 17 times since 1951.  The United States has won the most medals, with 4,420, including 1,944 golds.  Cuba is next in the medal count with 2,026, 875 of which are gold.  Canada, Brazil and Argentina round out the top five countries on the all-time Pan Am medals list.  Aruba and the British Virgin Islands are the only two countries that have never medaled at the Pan Ams.

The Pan Am Games have been a springboard for Olympic success for many athletes.  Diver Greg Louganis earned Pan Amgolds in 1979, 1983 and 1987.  Before capturing discus gold in a record four straight Olympics between 1956 and 1968, Al Oerter was the champion of the 1959 Chicago Games.  Jackie Joyner-Kersee won the Pan Am long jump in 1987.  The top female track athlete in American history later captured six Olympic medals in her career.  Decorated Olympic swimmers Jenny Thompson, Rowdy Gaines, Mark Spitz and Ryan Lochte were all Pan Am champions.

Thiago Pereira is the most decorated Pan Am athlete in history.  The Brazilian swimmer has collected 23 medals – including 15 gold — across five Pan Am Games.  In 2015, Mr. Pan captured his 23rd medal to surpass Cuban gymnast Erick Lopez.  Pereira also shares the record for the most medals in one Pan Ams, winning eight in 2007.  Claudia Poll of Costa Rica accomplished that feat in 1987.

There have been attempts to hold Winter Pan Am Games but with little success.  Lack of reliable snow, coupled with insufficient infrastructure throughout much of the Americas, are contributing factors.  In 1959, Lake Placid, New York, tried to organize Winter Games, but not enough countries expressed interest and plans were canceled.  PASO voted to hold Winter Games in Las Lenas, Argentina, in September 1989.  Lack of snow pushed the event to the following fall, when only eight countries sent 97 athletes to Las Lenas.  Another attempt was made in 1993.  When the U.S. warned PASO that it would not take part unless a full slate of winter events was held, plans fell apart.  The idea for Winter Pan Am Games has not been revived since.

The Pan Am Games include some sports not seen in the Olympics.  Basque pelota, body building, bowling, racquetball, roller sports, squash and water skiing are all events unique to the Pan Ams.  The Pan American Games have also been a launching pad for sports that made their way into the Summer Olympics program.  Rugby 7s, which debuted in London in 2012, was first contested at the 2011 Guadalajara Games.  Golf first appeared in 2015, in Toronto.  Before they make their debuts in Tokyo in 2020, karate, surfing and skateboarding will be contested in Lima.  Baseball and softball, which will be returning to the Olympics in 2020, will also be played in Peru.

Peru will be the 11th country to hold the Pan Ams.  Colombia, Puerto Rico, Venezuela, and the Dominican Republic have all hosted the Games.  The event has visited Argentina, Brazil, the U.S. and Canada twice, while Brazil has been home to a record three Pan American Games.