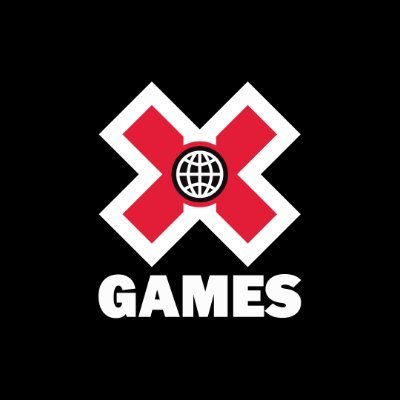 The X Games is an extreme sports competition that is presented twice a year—once in winter and again in summer.

In the early 1990s, ESPN realized that there was a huge demographically desirable slice of America that was not watching its flagship program, Sportscenter. Recognizing that a good chunk of young people were getting bored with football and baseball, the network was looking for programming for its new, hipper channel — ESPN2. In the summer of 1995, ESPN launched the inaugural extreme sports competition in Newport, Rhode Island. Called the Extreme Games, the first edition included skateboarding, bungee jumping, roller blading, mountain biking, sky surfing, and street luging. Winners were awarded gold, silver, and bronze medals while also competing for prize money. ESPN spent ten million dollars to put on the event, which drew 200,000 spectators. Originally planned to be biennial, network executives realized its success, and quickly rescheduled the competition to be held every year. In 1996, marketers renamed the event the X Games, promoting it as “sheer unadulterated athletic lunacy.”

The franchise became successful enough for ESPN to launch the Winter X Games in 1997. Billed as a “competition compiled of the greatest winter action sports athletes from around the world,” the inaugural winter competition was held in Big Bear Lake, California, where 38,000 spectators attended the four-day event. Attendance dropped to 25,000 the following year, but when the Winter X Games made its east coast debut in Mount Stowe, Vermont, in 2000, more than 83,000 attended. Originally featuring skiers and snowboarders, the games became substantially more extreme with the inclusion of snowmobile freestyling and ice climbing and continued to grow.

The X Games has become a proving ground of sorts, with organizers unafraid to experiment with emerging sports, some of which stick around and some which fall by the wayside. This adaptability has helped the X Games keep up with trends. “It was just all the different disciplines in sports have their own scenes,” said Tim Reid, X Games Vice President. “Bringing them all together and giving them all a platform that ESPN could provide gave it a boost to help grow it and get it going on a faster trajectory.” USA Today called the inaugural event the “Look Ma, no hands Olympics.” In its two-decade existence, the X Games has helped promote events. Snowboarding was added to the Olympic program in 1998 after making its debut at the inaugural X Games the prior year. Kelly Clark, winner of 13 X Games medals and most decorated woman in the history of snowboarding, credits the X Games with the growth of her sport.

The competitions are concurrent with X Fest, a four-day-long sports and music festival. Featuring live music, autograph sessions, and interactive elements, the festival is popular with Gen X and Gen Y. Big name sponsors, top-tier athletes, and consistent attendance has made the X Games a commercial success and cultural phenomenon. DJ’s are on-site at all events. Controlled and managed by ESPN and sister network ABC, the marketing approach for X Games and been outside the box. In addition to athletics and entertainment, the X Games promotes environmental issues. Biodiesel fuel is used in all vehicles and the entire event is eco-friendly. Recycling campaigns require biodegradable cups, plates and napkins – all made from corn and potato waste — be used at all venues. All paper used at the X Games is made from 100 percent post-consumer waste.

Athletes from around the world compete for medals, money and prizes in the X Games. Some are also Olympians. Shaun White has won X Games medals in snowboarding [winter] and skateboarding [summer]. Winner of a record 15 X Games gold medals – including snowboard superpipe six years in a row — White has also earned two Winter Olympic golds. Tony Hawk, one of the most successful and influential skateboarders of all time, won seven X Games titles. In 1999, he landed “The 900” — a 2 ½ revolution [900 degrees] aerial spin –to win “Best Trick” at the X Games in San Francisco. Other legendary X Games moments include Travis Pastrana’s double backflip in freestyle motocross, Heath Frisby’s first-ever snowmobile front flip in Snowmobile Best Trick, and Torstein Horgmo landing the first triple cork in snowboard. Dave Mirra won 24 medals throughout his career, 14 of them gold. At the 2000 X Games, Mirra was the first BMX star to land the double backflip. Nine years later in Los Angeles, he executed a 360-degree, no-handed backflip. Bob Burnquist has the most medals in X Games skateboard history, with 30, and only White has more gold medals. The 40-year-old Burnquist has competed in every Summer X Games.

While helping legitimize skateboarding and snowboarding, the X Games has also fed the audience’s hunger for risk taking. At the 2003 Summer Games, one rider left the motocross competition in a wheelchair. In 2007, a skateboarder attempting a massive jump fell five stories to a wooden ramp and ended up in the hospital with internal injuries. In 2013, American Caleb Moore became the first X Games participant to die from injuries while competing, when his snowmobile landed on top of him while he attempted to execute a back flip during the freestyle event.

The Winter X Games are usually held in January of each year. Following the inaugural event in Big Bear, the games have been contested in Vermont and Crested Butte, Colorado. Since 2002, the Winter X Games have found a permanent home at Buttermilk Ski Area in Aspen. The Winter X Games Aspen ’16 was the 20th competition in winter X Games history and consisted of eight skiing, nine snowboarding, and three snowmobile events. Generally held in August, the Summer X Games include biking – Moto X, mountain and BMX – along with skateboarding. Most frequently held in California – Los Angeles has hosted a record 11 times — the summer competition has also visited Philadelphia and Austin. The 2017 and 2018 Summer X Games are scheduled for Minneapolis.

X Games Asia has been held annually since 1998. In 2013, the Summer Games expanded to include competitions in Barcelona, Munich, and Brazil. From 2010 to 2013, a winter competition was also held in Tignes, France. The Winter X Games are the franchise’s biggest draw. In 2015, 115,000 fans converged on Aspen to mark the biggest crowd ever. Television ratings increased seven percent in the 18-49 age demographic and the games were a social media bombshell, producing 300 million story views on Snapchat.

The 2017 Winter X Games begin tomorrow in Norway, and run through March 11. New to this year’s competition will be men’s and women’s events in snowboard and ski slopestyle. In slopestyle, competitors ride either snowboards or skis and individually choose their own route through a course with varying terrain but instead of trying to get down the course as fast as possible, they are also judged on how well they perform tricks on the way down. Awards will be given for “Best Trick” and “Most Air” [height] off a jump.