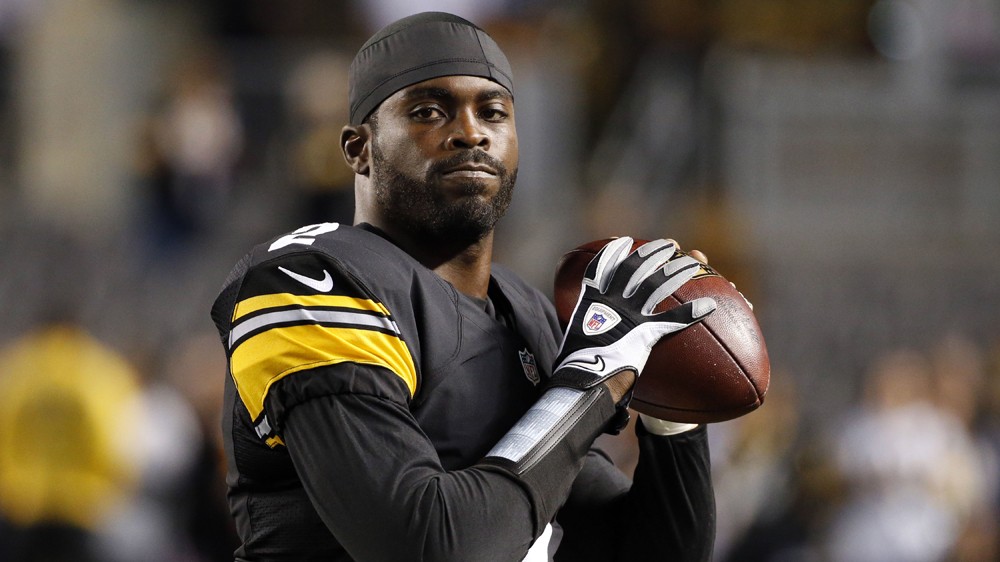 Michael Vick is the greatest running quarterback in NFL history.

Possessing a cannon for an arm, the speed of a cheetah and rabbit-like quickness, Vick was the consummate dual-threat quarterback.  Defenses had never seen a player like Vick, whose running and throwing skills made him nearly impossible to defend.  He revolutionized the quarterback position and kept defensive coordinators up at night trying to devise ways to stop him.  The 1999 Big East Offensive Player of the Year as a Virginia Tech freshman, Vick could throw the football 80 yards in the air and ran a 4.25 40-yard dash, the fastest for any quarterback in NFL history.

The first African-American to be taken with the first overall pick of the NFL draft, Vick was an electric player in his prime.  In 143 NFL games, he threw for 133 touchdowns and rushed for 36 more.  Vick led 14 fourth quarter comebacks and directed 15 game-winning drives.  The speedy southpaw started for four different teams and set three still-standing NFL records, including average yards per carry, career rushing yards by a quarterback and single season rushing yards by a quarterback.

A four-time Pro Bowler, Vick started in 115 of 143 games during his 13-year career.  Originally drafted by Atlanta, he earned the starting QB job in his second year in the league, then led the Falcons to the playoffs and a spot in the Pro Bowl.  After missing most of the 2003 season with a fractured fibula, Vick returned the following year.  In a Halloween game against Denver, he became the first quarterback to throw for more than 250 yards and rush for over 100 yards in the same game.  Vick led the Falcons back to the 2004 playoffs, where he rushed for a post-season record 119 yards in a first-round win over the Rams.  He was named to his second Pro Bowl and signed a nine-year $ 130 million extension following the season.

Vick ran for 6,109 yards in his career, more than Roger Staubach and Fran Tarkenton combined.

Born in Newport News, Virginia on this date in 1980, Michael Dwayne was the second of four children born to Brenda Vick and Michael Boddie, unmarried teenagers who later wed when Michael was five.  Boddie, who worked as a sandblaster at the local shipyards, gave young Michael his first football at three.  Vick attended Warwick High School, where he starred at quarterback and safety for head coach and 1974 World Football League MVP Tommy Reamon.  A three-year starter at Warwick, Vick passed for 4,846 yards with 43 touchdowns.  He added 1,048 yards and 18 scores on the ground.  As a senior, Vick ran for six touchdowns and threw for three more in a single game.

Heavily recruited by Syracuse, Vick chose to stay closer to home and attend Virginia Tech, where he played for Frank Beamer.  After redshirting as a freshman, Vick became the Hokies’ starting quarterback in 1999.  He took college football by storm, leading the nation in passing efficiency and the Big East in total yards and touchdowns.  In his first season at the helm, Vick led Virginia Tech to an 11-0 record and a spot in the Sugar Bowl where they fell to Florida State in the national title game.  Vick capped his redshirt freshman year by winning an ESPY Award as the nation’s top college player and the inaugural Archie Griffin Award as college football’s most valuable player.  He finished third in Heisman Trophy voting, joining Hershel Walker [1980] as the only frosh in NCAA history to crack the top three in Heisman balloting.

After two years at Virginia Tech, Vick opted for the NFL.  The San Diego Chargers had the number-one selection in the 2001 NFL draft but traded it to Atlanta for the Falcons’ first and third round picks.  Atlanta chose Mike Vick while, 31 spots later, the Chargers selected Drew Brees.  Vick played six seasons in Atlanta, twice leading the Falcons to the playoffs while earning three trips to the Pro Bowl.  But his once-promising career was tainted by a criminal dark side about which few knew.

Despite not having played baseball since 14, the supremely-athletic Vick was taken in the 30th round of the 2000 MLB draft by the Colorado Rockies.

The swift signal-caller made a series of poor decisions and surrounded himself with a questionable circle of friends.  In 2004, two of his colleagues were arrested for distributing marijuana out of a truck registered to Vick.  A woman sued Vick for giving her a sexually-transmitted disease.  The beleaguered quarterback failed to appear at a congressional breakfast on Capitol Hill honoring him for his foundation’s work with after-school programs.  Following a home loss to the Saints in November 2006, Vick performed his own version of the Dirty Bird, flipping off fans in the Georgia Dome as he left the field and drawing a $10,000 fine from the NFL.

In April 2007, a drug investigation led authorities to a property owned by Vick in rural Virginia that unveiled a dog fighting scene which included several abused animals.  The arrogant Vick denied any connection to the ring and went so far as to promise NFL commissioner Roger Goodell that he had nothing to do with it.  Pressure mounted as animal rights groups and the media got involved, resulting in public outrage. In August, Vick admitted he had bankrolled and participated in the operation, and that he had killed dogs.  The following month, the disgraced quarterback tested positive for marijuana.

The NFL suspended Vick indefinitely without pay for violating its player conduct policy.  The Falcons sent a letter to Vick, demanding that he reimburse them for $20 million of his $37 million signing bonus.  In December 2007, the 27-year-old Vick was sentenced to 23 months in prison for running a “cruel and inhumane” dogfighting ring and lying about it.  He was ordered to pay $1 million in restitution and was sent to federal prison.

The Falcons released Vick in June 2009.  Upon his release from prison one month later, the NFL lifted his suspension and he was signed by the Philadelphia Eagles.  He became the starter in 2010, led the Eagles to the playoffs, and was named NFL Comeback Player of the Year.  After Vick made his fourth and final Pro Bowl team, Philadelphia signed him to a six-year, $100 million contract.  Three seasons later, he was replaced by Nick Foles as the Eagles starting quarterback.

After five seasons in Philly, Vick landed with the New York Jets, where started three games in 2014.  He signed with the Pittsburgh Steelers in 2015 and also started three games.  When no team signed him for the 2016 season, Vick stepped away from football, officially announcing his retirement as an Atlanta Falcon in June 2017.

Once the highest paid player in the NFL, Vick declared bankruptcy in 2008, listing his mailing address as Leavenworth.  He was $17.8 million in debt when he filed for Chapter 11 – which came a year after he pleaded guilty to dog-fighting charges.  Creditors often receive only cents on the dollar in Chapter 11 cases.  Vick’s return to pro football in 2009 enabled him to play seven more years, earning  $57 million during that span.  In November 2017, the much-maligned former quarterback – whose image was forever tarnished by the dog-fighting scandal – emerged from bankruptcy having paid back about 99 percent of the money owed to creditors.  Extremely rare.

Although he only played in 22 games over two seasons in Blacksburg, Michael Vick was inducted into the Virginia Tech Sports Hall of Fame in 2017, where he joined Hokie football standouts Bruce Smith and Mickey Fitzgerald.