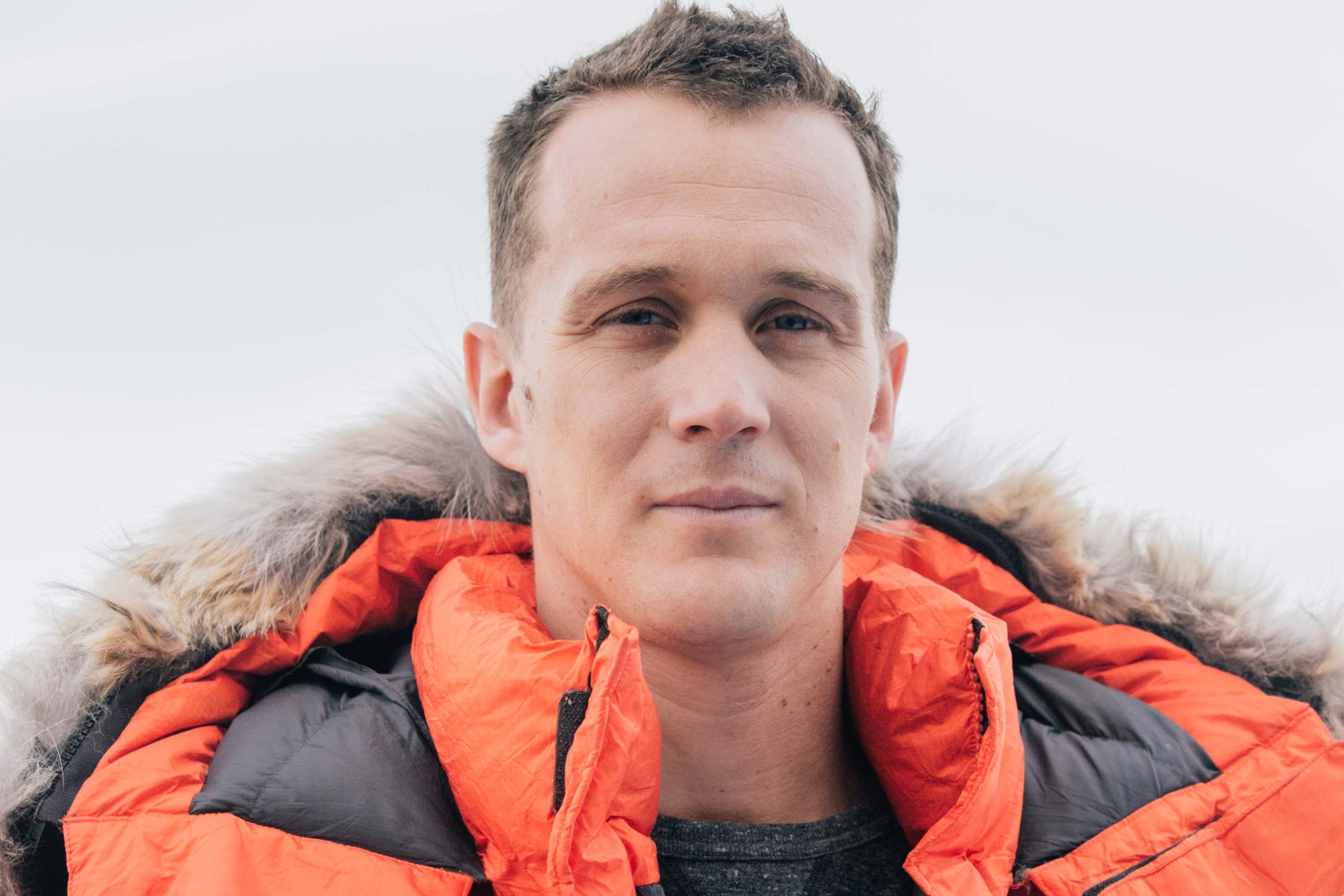 We all have reservoirs of untapped potential – Colin O’Brady

Colin O’Brady is the first person to complete a solo, unsupported, unaided crossing of Antarctica.

On December 26, 2018, the 33-year-old adventurer achieved the Impossible First, completing the 932-mile journey across Antarctica in 54 days.  Using solely his own muscle power, O’Brady skied pulling a 300-pound sled across the coldest, windiest, most remote continent on Earth, crossing from the Atlantic Ocean to the Pacific Ocean via the South Pole.

When O’Grady set off, his sled weighed 400 pounds.  It contained a tent, sleeping bag, cameras, satellite phone and 30 pounds of fuel for cooking.  Most of the sled’s weight, however, came from 220 pounds of food – enough to help O’Brady survive for more than two months.  “Every calorie you add to your sled adds weight to the sled,” O’Brady explained.  “You want the most efficient calories, but in the lightest-weight packages.”  His diet was rather dull: oatmeal, freeze-dried meals, soup and energy bars.  O’Brady ate the same thing in the same sequence every day.  Despite consuming 7,000 calories per day, the world-class endurance athlete lost 35 pounds and five inches off his already-trim waist.

The journey was a lonely effort marked by long days, short nights and stunning endurance.

O’Grady started his journey on the third day of November.  He pulled his sled 12 to 13 hours each day, usually covering more than 20 miles while doing battle with raging winds, unseasonable snowfall and whiteout conditions.  The average temperature was around 25 below zero the whole time, but when the wind kicked up to 40 or 50 mph, the wind chill reached minus 75.  O’Brady didn’t bring a change of underwear or a change of shirt.  To save weight, he wore the same clothes the entire trek.

In January 2016, Henry Worsley, a British Special Forces veteran, died days after being airlifted from this ice.  Attempting to become the first person to cross Antarctica on foot, Worsley had covered over 900 miles and came within 126 miles of the finish before being forced to call for help.  He was flown to a hospital in southern Chile, where he died of an abdominal bacterial infection, at 55.

Born in Olympia, Washington, in 1985 and raised in Portland, Colin Timothy O’Brady spent his childhood exploring the mountains of the Pacific Northwest.  He attended Lincoln High School, alma mater of big leaguers Mickey Lolich and Johnny Pesky, golfer Peter Jacobson, voice actor Mel Blanc and Simpsons creator Matt Groening.  Recruited in both soccer and swimming, O’Brady accepted a scholarship to Yale, where he swam breaststroke before graduating with an economics degree in 2006.

While backpacking through Thailand in January 2008, O’Brady was severely injured in a fire-dancing [jumping a flaming rope] accident.  Burns covered nearly 25 percent of his body, severely damaging his legs and feet.  His legs atrophied to the size of his wrists, and doctors warned he may never walk normally again.  Undaunted, O’Brady took up triathlon — and 18 months later finished as the top amateur in the 2009 Chicago Triathlon.  He turned pro, racing all over the world for Team USA until retiring from the sport in 2015.

Despite round-the-clock sunlight, visibility in Antarctica was often so bad that O’Brady could not see the ground in front of him, while deadly crevasses lurked in the ice.

Seeking new challenges O’Brady took up mountaineering and set several world marks.  In early 2016, he became the fastest to complete the Three Points Challenge, reaching the North Pole, South Pole and the summit of Everest.  O’Brady followed that with the Explorers Grand Slam, reaching the North Pole, South Pole and the highest peak on each continent, also known as the Seven Summits.  He established two world records in the process, completing the Slam in 139 days and the Summits in 132.  In the summer of 2018, O’Brady climbed the highest point in each of the 50 United States in 21 days, faster than any man in history.

In November 2018, two men set out to become the first to complete the unsupported solo crossing of Antarctica: O’Grady and England’s Louis Rudd.  Rudd, a 49-year-old British Army captain, was an experienced polar explorer and close friend of O’Brady.  Their journey began November 3, at the Messner Start on the Ronne Ice Shelf along the South Atlantic.  Rudd was in the lead for the first week, but O’Brady caught him on November 9 and remained one or two days ahead thereafter.  The American took only one half-day off during his transcontinental trek.  On November 29, he lost a skin from his ski and was forced to set up camp early, re-glue the skin and lick his wounds.

O’Brady reached the South Pole on December 12.  For most of the journey, he had been stopping around 8:00 p.m.  But in the final weeks of his two-month trek, he kept moving until at least 9:00 p.m.  The American’s nearly 1,000-mile journey ended with a sprint to the finish.  O’Brady awoke on Christmas morning at more than 8,000 feet above sea level sensing his moment had arrived.  “I was like, all right, I have three more days left,” O’Brady said later.  “How many hours is that of moving?  People run 100 miles all the time.”

As physical as the challenge is, more than anything, it’s a mental challenge.  There were many moments of fear and questioning.

He spent Christmas Day pulling his sled atop the world’s largest ice cap.  That night, he set up his tent, boiled water and ate a double ration for dinner.  He received a text from his wife and expedition manager, Jenna Besaw.  “Wow, 40 miles!  You had such an amazing day.  You should stop and get some rest and do it again tomorrow.”  After resting for 90 minutes, O’Grady responded, “I’m not stopping.”  Some of his supporters feared the stress of the journey had clouded O’Brady’s judgement.  Emaciated and exhausted, could he be trusted to make sound decisions?

O’Brady tacked an ultramarathon onto the 53rd day of an already-unprecedented expedition.  He covered the final 77.54 miles of his coast-to-coast traverse in one sleepless 32-hour burst.  Most of the final push was downhill, allowing O’Grady to use shorter strokes with his skis.  “Something overcame me,” he recalled.  “I just felt locked in for the last 32 hours, like a deep flow state.  It was profound, it was beautiful, and it was an amazing way to finish up the project.”

In the final miles, the Oregon native was surrounded by majestic vistas.  For the first time in weeks, O’Grady witnessed mountains and glaciers instead of endless miles of white snow.  Covering nearly four times his daily average, he arrived at the Ross Ice Shelf at the foot of Leverett Glacier a little before 1:00 p.m. EST on December 26.  Mission accomplished, O’Grady pitched his tent, closed his eyes, and waited for his rival, Rudd, to complete his own solo journey.  Rudd arrived two days later, joining O’Brady in the annals of polar lore. The duo then left Antarctica together.

On this date in 2018, Colin O’Brady summited Denali, Alaska’s high point and North America’s tallest peak.  It was the first stop in his quest to climb all 50 U.S. high points.  O’Brady finished his conquest July 19, summiting Mount Hood in his home state of Oregon to set a world speed record of 21 days, nine hours and 48 minutes.