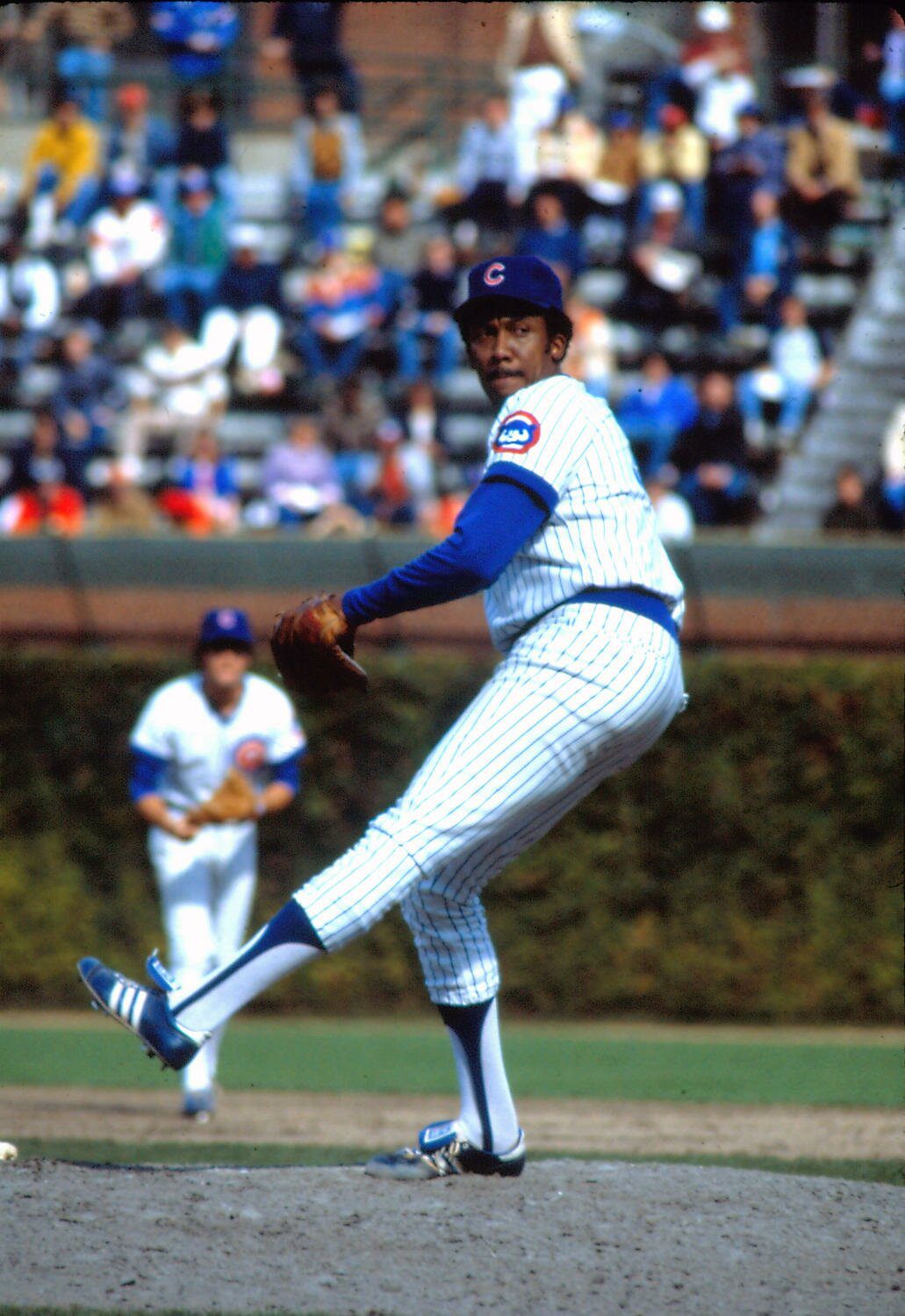 Born in Chatham—located in southwestern Ontario along the northern banks of Lake Erie—on this date in 1942, Ferguson Arthur was the only child of Delores and Ferguson Jenkins Sr.  His chef father immigrated from Barbados, while his mother was a descendant of American slaves who escaped from the south via the Underground Railroad.  Today, Chatham is home of the Uncle Tom’s Cabin Historical Site museum.  A talented athlete, Jenkins attended Chatham Vocational High School, earning five letters while competing in track, ice hockey and basketball.  He began playing baseball in his teens, starting out as a first baseman before becoming a pitcher.  In 1962, Jenkins was signed by the Philadelphia Phillies and spent parts of the next four seasons playing in the Florida State, International, Southern, and Pacific Coast Leagues.  Jenkins made his big league debut in 1965, appearing in seven games as a relief pitcher for the Phillies.  The following year, he was traded to the Chicago Cubs, who made him a starter.

Ferguson Jenkins had a breakout year in 1967, winning 20 games, striking out 236 batters and posting a 2.80 ERA.  He was named to his first All-Star team, where he struck out Harmon Killebrew, Tony Conigliaro, Mickey Mantle, Jim Fregosi, Rod Carew and Tony Oliva in three innings of work before finishing second in Cy Young Award [Daily Dose, 7/6/16] voting.  The following year, Jenkins again won 20 games while raising his strikeout total to 260 and lowering his ERA to 2.63.  After winning 43 games in the next two seasons, Fergie’s best year was 1971, when he went 24-13 and with 30 complete games in 39 starts.  His control was astonishing as he struck out 263 batters while allowing only 37 walks in 325 innings of work.  Jenkins won the 1971 Cy Young Award, becoming the first Cub and first Canadian to win pitching’s most coveted prize.  In 1972, Jenkins won 20 games for the sixth consecutive season, tying a club record set by Mordecai “Three Fingers” Brown that had stood for over six decades.  After winning only 14 games in 1973, the Cubs believed Jenkins was washed up and traded him to the Texas Rangers prior to the 1974 season.

Mr. Jenkins won a career-best 25 games in 1974, setting a Rangers franchise record that still stands.  After tossing over 328 innings—second only to Nolan Ryan for most innings pitched in league history—and leading the junior circuit in wins, Jenkins was named AL Comeback Player of the Year.  He was traded to Boston in 1976, one year after the Red Sox played in the World Series, returned to Texas, then ended his career back in Chicago—where he had achieved his greatest career success despite pitching in hitter-friendly Wrigley Field.  Mr. Jenkins retired in 1983, one year before the Cubs appeared in the playoffs.  One of the greatest right handers in an era when the National League featured Bob Gibson [Daily Dose, 12/9/16], Juan Marichal, Tom Seaver [Daily Dose, 1/7/16], and Don Drysdale, Fergie Jenkins lost 13 career games by a score of 1-0 while pitching a complete game.

Fergie Jenkins is one of the most under-appreciated pitchers in baseball history.  He won 20 or more games seven times, including six in a row from 1967-72, when he averaged over 200 strikeouts and 314 innings pitched.   He also threw 97 complete games over that span.  The 6’5” right-hander twice led the league in wins; the NL in 1971 and the AL in 1974.  Jenkins led the league in complete games four times and fewest walks per nine innings five times.  A superb athlete, Fergie had a perfect fielding percentage in four separate seasons and played basketball with the Harlem Globetrotters [Daily Dose, 4/25/16] each off-season from 1967 to 1969.  He was also a good hitter, belting 13 career home runs, including in his first at-bat as a Cub.  Jenkins drove in 20 runs during his 1971 Cy Young season and estimates that he assured himself five or six extra wins that year with his bat.  Fergie played for four teams over 19 big league seasons and is one of four pitchers in baseball history to record over 3,000 strikeouts while issuing fewer than 1,000 walks.  Jenkins won 100 games in both the National and American Leagues and, in 1991, became the first Canadian-born player inducted into the Baseball Hall of Fame.  Mr. Jenkins was the first baseball player to win the Lou Marsh Trophy as Canada’s top athlete, was a four-time Canadian Press male athlete of the year, and was inducted into the Canadian Baseball Hall of Fame in 1987.  He was inducted into the Texas Rangers Hall of Fame in 2004 and the Chicago Cubs retired his number 31 in 2000.

In 1999, Ferguson Arthur Jenkins Jr.—who pitched over 4,500 MLB innings–was named one of the top 100 baseball players of the 20th century.