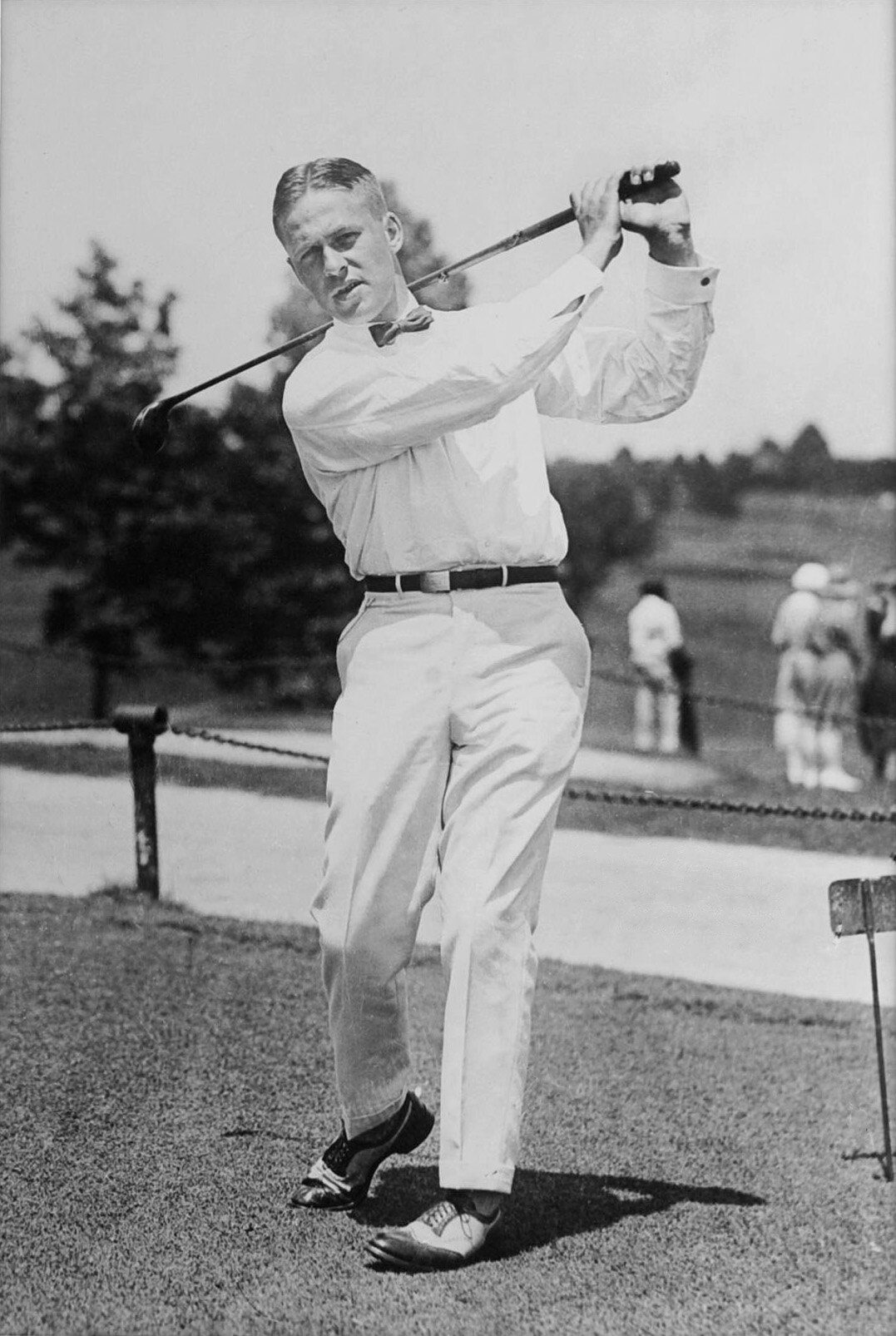 The AAU James E. Sullivan Award is presented annually to the most outstanding amateur athlete in the United States.

Established in 1930, the award is named after James Edward Sullivan, a book publisher and newspaper sports editor born in New York City on this date in 1862.  Sullivan was founder and past president of the Amateur Athletic Union [AAU].  A pioneer in the amateur sports movement, he was credited with developing the concept of playground equipment and present day recreation.  Sullivan was the founder of the Public Schools Athletic League of New York, organized the first outdoor recreation league, and served on the New York Board of Education from 1908 to 1912.  He was President of the New Jersey Athletic Club and was Commissioner of four World’s Fairs, including the inaugural event in St. Louis in 1904.  Sullivan was presented an Olympic medal in recognition of his services as director of the 1904 St. Louis Olympics.  He later served as Commissioner of the Olympic Games in Athens, London and Stockholm. Founded in 1882, the AAU was created to establish standards and uniformity in amateur sports.  Since the beginning of the 20th Century, the organization worked closely with the Olympic movement to prepare athletes for the Games.  With a motto of “Sports for All, Forever,” the AAU’s national headquarters are in Lake Buena Vista, Florida. The AAU James E. Sullivan Award is based on qualities of character, sportsmanship, leadership and the ideals of amateurism.  The award goes far beyond athletic accomplishments and honors those who have shown strong moral character.  Known as the “Oscar” of sports awards and older than the Heisman Trophy, the Sullivan recognizes America’s finest amateur athlete[s].  The AAU created the award with the intent to recognize amateur contributions and achievements from non-professional athletes across the country.  Finalists are selected from public nominations following a review by the Executive Committee.  Approximately ten semi-finalists are chosen and the eventual winner is determined by votes from members of the national news media, former Sullivan winners and AAU personnel. The winner is announced each April during a ceremony held at the New York Athletic Club.  Located on Central Park South in Manhattan, the NYAC and the Olympic movement are deeply entwined.  Since the inaugural Modern Games, held in Athens in 1896, the club has seen its members compete in every Olympiad and NYAC athletes have claimed over 250 Olympic medals.  All finalists for the award receives a gold medallion, while the winner is presented a handsome bronze trophy. The first Sullivan winner was the great Bobby Jones [Daily Dose, 3/17/16], who received the award in 1930—the year he became the only player in history to achieve golf’s Grand Slam.  The first female winner was Ann Curtis, who was awarded the Sullivan in 1944, four years before she won two Olympic golds in freestyle swimming.  Decathletes won three of the first seven Sullivan Awards, while only one tennis player—the legendary Don Budge—has been named the recipient.  The Sullivan has twice gone to a golfer–Jones in 1930 and Lawson Little five years later.  Rower Jack Kelly, the older brother of Grace Kelly, Academy Award winner and former Princess of Monaco, received the Sullivan in 1947.  Eight football players have won the award.  Two of them–Doc Blanchard and Charlie Ward–garnered the Heisman and Sullivan in the same year.  Manning is only person to have won a Sullivan Award and a Super Bowl.  The award has never gone to a baseball or hockey player, and the only winter-sport athletes to win are speed skaters Eric Heiden, Bonnie Blair, and Dan Jansen.  Three of the most decorated athletes in Olympic history have also been named Sullivan Award winners: Michael Phelps, Carl Lewis and Mark Spitz.  Six basketball players have received the Oscar of sports awards and two of them—Bill Bradley and Bill Walton—also won two NBA championships each.  In its 86 year history, the Sullivan has gone to 34 track & field athletes, ten swimmers, four figure skaters, three gymnasts, three divers, two rowers, one ultra-marathoner, and one Paralympian. The 2016 AAU Sullivan Award went to Breanna Stewart, a basketball player from UConn, and Keenan Reynolds, former quarterback at the Naval Academy.  It was the second time the AAU awarded two recipients.  In 1999, University of Georgia basketball players Coco and Kelly Miller—who are identical twin sisters—received the Sullivan.   Twenty-three Sullivan winners have been featured in the Daily Dose.  To learn more, use the “Search” function on the toolbar of our homepage at dailydsports.com.

Lynne Cox
Clyde and the Pearl