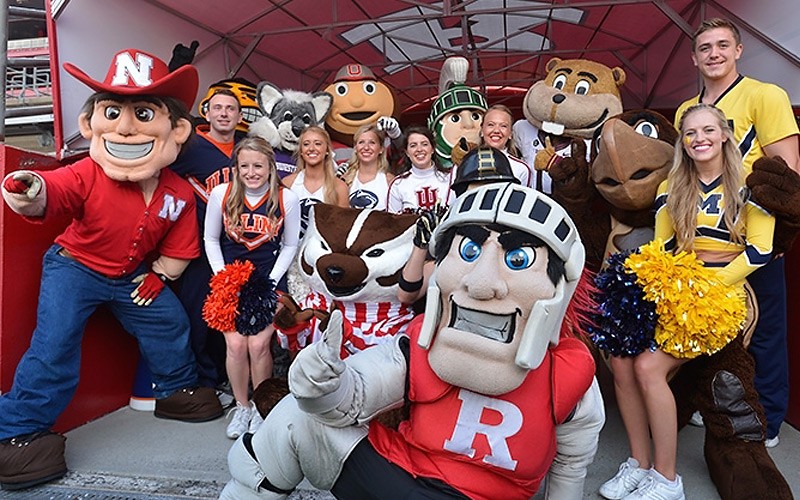 Today’s edition focuses on four of the greatest mascots in college athletics.

Ralphie the Buffalo is the live mascot of the University of Colorado. She is cared for by a team of “Ralphie Handlers”, five varsity student-athletes, that run her around Folsom Field, CU’s home stadium. Ralphie can reach speeds of 25 miles per hour and has knocked over her handlers on several occasions. Ralphie is a female bison, which are smaller and less aggressive than males, and only appears at home football and bowl games. She leads the football team onto the field at the start of the game and again to begin the second half by making a horseshoe pattern around Folsom Field. The tradition began in 1934–the year CU selected Buffaloes as the school mascot–when a group of students paid $ 25 to rent a bison calf and cowboy to roam the sidelines during the last game of the season. Live bison continued to make sporadic appearances at CU games until 1966, when the parent of a freshman student donated a six-month old buffalo to the school. The original Ralphie retired in 1978 and was replaced by Ralphie II, who died unexpectedly in 1987. Ralphie III was pressed into service and led the charge until 1997. Currently, the university has two bison—Ralphie IV and Ralphie V. Ralphie IV was born in April of 1997 and made her debut at Mile High Stadium on September 5, 1998 against Colorado State. She weighs about 1,300 pounds and handles duties that require a relatively sedate and experienced bison. Ralphie V was born in October of 2006 and, like her predecessor, was donated to CU by Ted Turner, who owns several bison ranches in the western U.S. She is larger than past Ralphies and made her debut in a win against Eastern Washington on September 6, 2008. Ralphie lives in an unknown location to keep her safe from the public—especially fans from opposing schools—and travels to games in a black custom stock trailer emblazoned with her name in gold.

In 1925, Michigan State University made one of the most important decisions in the school’s then-70 year old history when they changed their mascot from “Aggies” to “Spartans”. If not for that decision, we would not have Sparty, the muscular male Spartan warrior dressed in a stylized Greek costume. Sparty wears MSU’s green-and-white colors while cheering at sporting events and attending other university functions. MSU started as a small agricultural school known as the State Agricultural College of Michigan–ergo the Aggies nickname. As the school expanded beyond agriculture, the college held a contest to choose a new team name and “Michigan Staters” was chosen. Two local sportswriters felt the name was too large to use for newspaper headlines, introuced “Spartans”, and the name stuck. Sparty features an oversized head, bulging muscles and Imperial-style Roman legionary’s helmet. The costume is worn by an anonymous volunteer student who is selected each year following extensive tryouts. Sparty is often lifted upon the shoulders of Michigan State cheerleaders and his signature move is doing one-handed pushups. He came into national prominence while appearing in a series of ads promoting ESPN’s Sports Center and won the Best Mascot National Championship in 2004–becoming the first Big Ten Conference mascot to earn that honor–and has gone on to win the title two more times. Sparty appears on the cover of the Wii version of NCAA Football 09, the first time a non-athlete has graced the cover. Muscle and Fitness magazine voted him “Buffest Mascot” and Sparty was elected to the Mascot Hall of Fame in 2006.

There is no greater tradition in college football than the sight of Osceola and Renegade riding to midfield at Florida State home football games and planting a burning spear into the turf. FSU fans have Ann Bowden—wife of former Seminole football coach Bobby Bowden—and Tallahassee businessman and FSU alumnus Bill Durham to thank. Florida State adopted the Seminoles nickname in 1947, just after the university reorganized from a women’s college to a coed institution. Early iterations of the mascot included “Sammy Seminole”, “Chief Fullabull”, “Chief Wampumstompum” and “Yahola”. Osceola [1804-1838] was an influential leader of the Seminole tribe from Florida. Durham conceived of the mascots while attending FSU as a student in 1962 but did not act on the idea until 1977, when he provided the costume and horse. Ann Bowden obtained the necessary permits to allow a horse on the field. The tradition of his depiction is overseen by Bill Durham’s son, Allen, who portrayed Oseola from 1992-94 and personally selects and trains both rider and horse. Students portraying Osceola receive a scholarship and must serve a two-year apprenticeship, exhibit high moral character and maintain a 3.0 grade-point average. The costume, which was designed and approved by the Seminole Tribe of Florida, consists of leather clothing, moccasins, face paint and a garnet bandana. Osceola carries a feathered spear and is accompanied by Renegade, an appaloosa horse whom he rides bareback. Sixteen students have portrayed Osceola since 1978. In keeping with his stoic image, FSU refers to Osceola and Renegade as “symbols” rather than mascots and does not use them for activities like cheerleading or promotions.

The original mascot of the University of Texas was a pit bull named “Pig”. In 1916, UT alumnus Stephen Pickney changed that when he gathered $ 124 from other alumni and bought a steer. The animal, known as “Bo”, was purchased in the Texas Panhandle and shipped to Austin, where he made his first appearance at halftime during Texas’ Thanksgiving Day game against the Agricultural and Mechanical College of Texas [later Texas A&M]. Following the game, Ben Dyer, editor of the UT campus magazine, referred to the mascot as “BEVO” and the name stuck. There have been fourteen Bevos to date—the most recent died of bovine leukemia on October 16 of this year—and Bevo XIII served the longest, at 16 years. Bevo XIII presided over 191 UT football games and attended President George W. Bush’s inauguration in 2001. Bevo has been called “the toughest-looking animal mascot in sports” but is actually bred to be docile. During football games, he stands or sits placidly behind one of the end zones and is occasionally greeted by UT players when they score touchdowns. Bevo’s care and handling has been entrusted to the Silver Spurs—a UT alumni group—since 1945. Texas fans’ hand symbol and saying “Hook ‘em Horns” can be traced to the shape of the Longhorn’s head and horns. The most recent Bevo weighed 1,800 pounds, had horns that measured 72 inches from tip-to-tip and was on the sidelines for the 2005 Rose Bowl and 2006 National Championship games. Bevo attends all home football games, pep rallies and commencement at the University of Texas. He is transported in a special burnt orange [school color] livestock trailer with his name on the side. 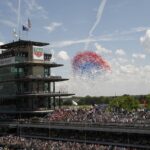