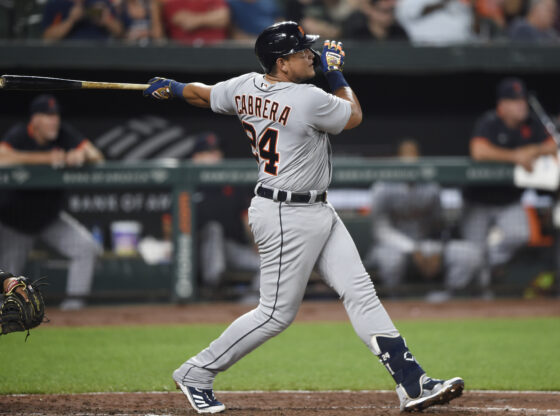 Triple Crown is often used to describe the act of winning or completing the three most important or difficult endeavors in a given sport.  Originating in England in the mid-19th century in the sport of horse racing, it has spread to other competitive endeavors.  Today we examine a few.

Baseball has two Triple Crowns.  The batting achievement includes leading the league in batting average, home runs, and runs batted in [RBI].  It has been accomplished 17 times, most recently by Miguel Cabrera, in 2012.  Rogers Hornsby and Ted Williams are the only two players to do it twice.  The pitching prize goes to a hurler who leads the league in wins, strikeouts and earned run average [ERA].  Not quite as rare as the batting feat, the pitching Triple Crown has been accomplished 38 times.  Three pitchers have captured a record three career Triple Crowns.  Grover Cleveland Alexander did it back-to-back in 1915 and 1916, then again in 1920.  Walter Johnson accomplished the feat in 1913, 1918 and 1924.  Sandy Koufax was the most recent to capture three Triple Crowns, in 1963, 1965 and 1966.

The Triple Crown of Thoroughbred Racing is awarded to a three-year-old horse who wins the Kentucky Derby, the Preakness Stakes, and the Belmont Stakes.  Contested since 1867, the feat is a test of speed, stamina, health and luck, as the three races are run in a five-week period.  Open to both colts and fillies, the races are run on dirt tracks and vary in length from 1,900 to 2,400 meters.  Only a dozen horses have won the Triple Crown.  Sir Barton was the first, in 1919, and American Pharoah was the most recent, in 2015.  Secretariat holds the track record in all three races, set in 1973.

The Indianapolis 500, the 24 Hours of Le Mans, and the Monaco Grand Prix comprise the Triple Crown of Motorsport.  Graham Hill is the only driver to have completed the feat, in 1966.  Seventeen drivers in history have competed in all three legs of the Triple Crown and won at least one of the events.  Juan Pablo Montoya is the only active driver to have won two of the three, twice winning at Indy and claiming Monaco in 2003.  Since 1987, the Monaco Grand Prix and Indianapolis 500 have been held the same day, making it now impossible for a driver to win the Triple Crown.

Eric Ryback is the first person to achieve the Triple Crown of Hiking.  As a 16-year-old in 1969, he completed the 2,184-mile Appalachian Trail.  The following year, he hiked the 2,654-mile Pacific Crest Trail, then completed all 3,100 miles of the Continental Divide Trail in 1972.  Since then, 289 hikers have been designated Triple Crowners.  The youngest, Reed Gjonnes, was 13 when she completed the treble.  Matthew Hazley is the first person to walk the Triple Crown back-to-back, when the Irishman took 239 days to accomplish the feat in 2005.  The total length of the three trails is about 7,900 miles, covering more than one million feet of vertical gain across 22 states.

The three glamour events in Alpine skiing are slalom, giant slalom and downhill.  Winning all three World Cup titles in one season or all three gold medals at the Winter Olympics constitutes the Triple Crown of Skiing.  Only two people have ever accomplished this feat.  Austrian Toni Sailer was the first person to achieve the trifecta, at the 1956 Winter Olympics in Cortina, Italy.  In 1968, France’s Jean-Claude Killy won the Triple Crown at the Winter Games in Grenoble.

Not to be confused with the Triple Crown of Acting [Academy Award, Emmy and Tony] or the Triple Crown of International Film Festivals [Cannes, Venice, Berlin], the Triple Crown of Bridge is a career achievement in duplicate bridge.  Players winning the three marquee WBF Open world championships take the crown.  The Bermuda Bowl is contested in odd-numbered years, the Olympiad Open Teams is held in Olympic years, and the World Open Pairs Championship is played in non-Olympic even-numbered years.  First achieved in 1962, ten players have accomplished the feat.  Fulvio Fantoni and Claudio Nunes of Italy completed the Triple Crown in 2005, but were convicted of cheating in 2016 and banned for life from playing with each other.  Four Americans have won bridge’s triple crown:  Bob Hamman- Bobby Wolff in 1970 and Jeff Meckstroth-Eric Rodwell in 1981.

Cycling is a grueling sport, and no events are more demanding than the Tour de France, Giro d’Italia and the Road World Cycling Championships.  Riders who win all three in the same year earn the sport’s greatest achievement – the Triple Crown of Cycling.  With 21 stages raced in 23 days, the 2,200-mile Tour de France is cycling’s most prestigious event.  Held in late May and early June, the three-week long Giro d’Italia [Tour of Italy] is the first of cycling’s Grand Tours.  First contested in 1921, the world championships are held in a different city every year over a variety of terrains.  Only two men have ever achieved the Triple Crown of Cycling: Belgian Eddy Merckx in 1974 and Stephen Roche of Ireland, in 1987.

To date, 145 swimmers have earned the distinction of having completed the English Channel, Catalina Channel and Manhattan Island Marathon Swim and claimed open water swimming’s triple crown.  At just over 30 miles, Manhattan is the longest.  The 21 miles between France and England makes the English Channel the roughest, while the 20-mile Catalina Channel is technically demanding and grueling in its own right.  Swimmers who have completed two swims of each of the three bodies of water are said to have achieved the Double Triple Crown.  Of the four who have done it, three are women.  Mexican Antonio Arguelles was the first to achieve the feat, completing the trio for the first time in 1999 and a second time ten years later.  Americans Tina Neill and Elizabeth Fry are double triplers, as is Penny Palfrey of Australia.