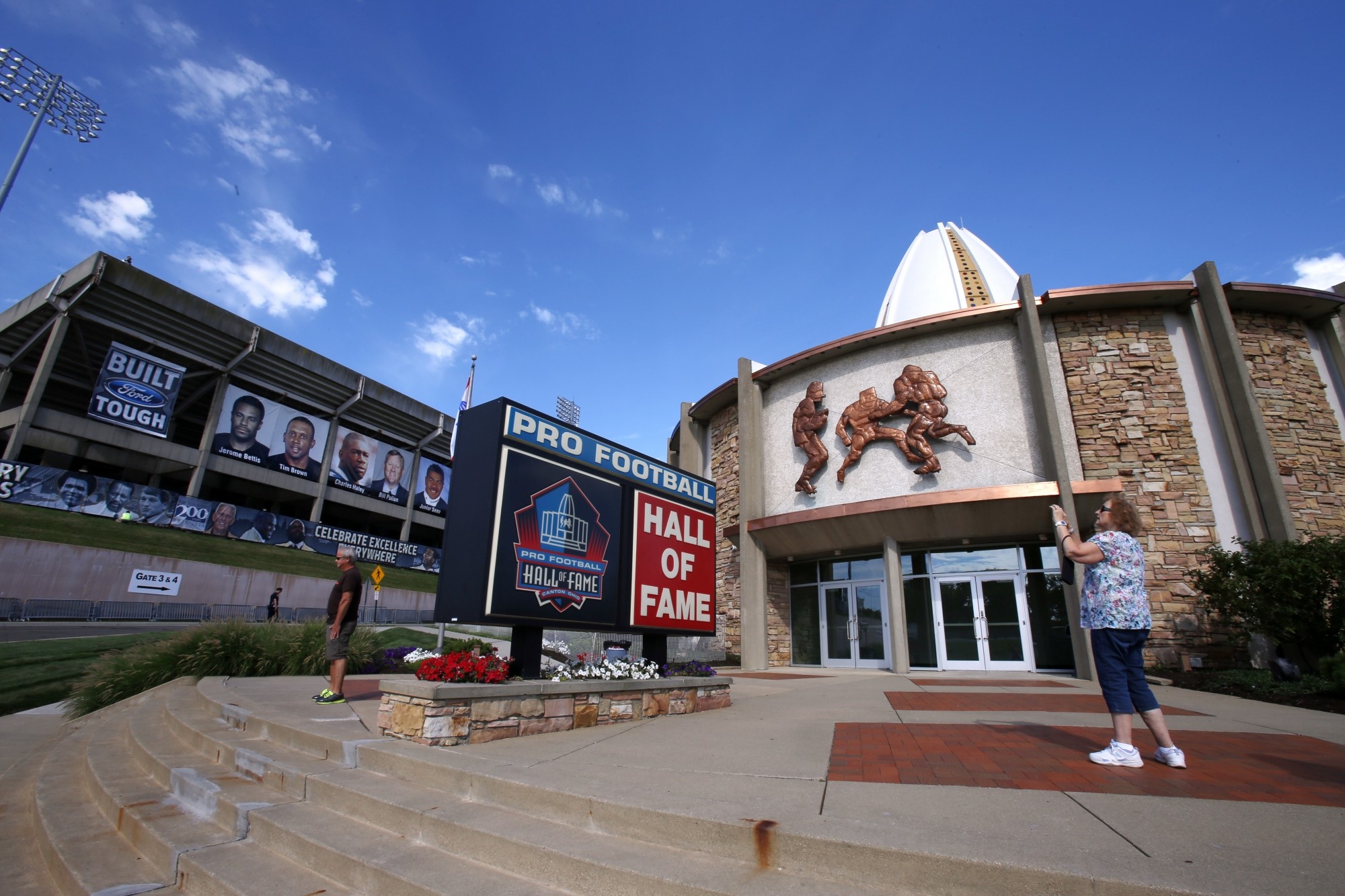 The Pro Football Hall of Fame stands as a shining tribute to the men who have made professional football America’s most popular sport.

Located at 2121 George Halas Drive in Canton, Ohio, the 118,000 square-foot facility sits in the northwest corner of the city, just off Interstate 77.  Tomorrow marks the Hall of Fame’s 54th birthday, as it opened September 7, 1963.  Since then, the hall has grown in size and stature.  Originally a two-room, 19,000 square-foot building, the Hall of Fame museum was expanded in 1971, 1978 and 1995, and has completed major exhibit gallery renovations, most recently in 2013.

Canton lies approximately 50 miles south of Cleveland, 100 miles west of Pittsburgh and 120 northeast of Columbus.  In December 1959, a Canton Repository headline blared “Pro Football Needs a Hall of Fame and the Logical Site is Here.”  The city has a rich football history.  The American Professional Football Association, the precursor to the National Football League, was founded in Canton in September 1920.  The Canton Bulldogs were an early-day pro football power, and one of their stars was the great Jim Thorpe.  Canton citizens launched a determined and well-organized campaign to earn the Hall of Fame for their city.  They made a bid to the NFL in January 1961, and three months later, Canton was granted the site.  Wooded parkland was donated by the city, public funds were raised, and the Hall of Fame broke ground August 11, 1962.  A little over a year later, the facility was first opened to the public.

Dick McMann, long-time GM of the Washington Redskins, was named the hall’s first director.  Five others have since served as CEO, including C. David Baker, the former commissioner of the Arena Football League who assumed the reigns in 2014.  The Dick McMann Memorial Award is bestowed annually by the Pro Football Writers Association [PFWA] for “long and distinguished reporting on professional football.”  Created in 1969, the award was named for the Hall’s inaugural leader.  Recipients of the McCann Award are said to go into the “writer’s wing” of the Hall of Fame.

Espousing a mission statement to “honor the heroes of the game, preserve its history, promote its values and celebrate excellence everywhere,” the Pro Football Hall of Fame is open every day of the year except Christmas.  From Memorial Day through Labor Day, the museum is open daily from 9 am to 8 pm.  Hours for the remainder of the year are 9 am to 5 pm daily.  Admission is $ 25 for adults, $ 21 for seniors, and $ 18 for children aged 6-12.  Children under six and Hall of Fame members receive free admission, while military members and First Responders receive $ 5 off admission.

The Hall of Fame Gallery houses the bronze bust of each enshrinee.  The Pro Football Adventure Room examines the many other pro leagues that have challenged the NFL since its founding in 1920.  The Lamar Hunt Super Bowl Gallery recaps every Super Bowl played to date, while an Interactive Area includes a Teletrivia game, “Call The Play” Theatre, and Madden EA Sports video game display.  The Moments, Memories and Mementos Gallery features treasured artifacts and is filled with mementos from history-making performances.

Through the Class of 2017, which was inducted in August, there are 310 members of the Hall of Fame.  Two – Dan Dierdorf and Alan Page – were born and raised in Canton, while former New England Patriots tackle John Hannah hails from Canton, Georgia.  Warren Moon and Bud Grant are enshrined in both the Pro Football and Canadian Football halls of fame, while 2017 inductee Kurt Warner is the only player enshrined in both the Pro Football and Arena League Football halls.  The Chicago Bears have the most hall of famers of any franchise, with 32.  The University of Notre Dame has more players enshrined in Canton than any college, with 13, while USC is next, with 12.  Two current NFL teams are not represented – the Houston Texans [which began play in 2002] and the Jacksonville Jaguars [began play in 1995].

The inaugural Class of 1963 is the largest in history, with 17 members, including Harold “Red” Grange, George Halas, Don Hutson, Curly Lambeau, Bronko Nagurski and Jim Thorpe.  Four to eight members are elected each year.  The two smallest classes, in 1973 and 1976, contained three inductees.  There are more offensive lineman [60] in the hall than any other position [44 modern-era  and 16 pre-modern era performers].  Running backs are next, with 48.  The Hall of Fame includes 33 quarterbacks, while only one punter – Ray Guy – has a bust in Canton.  The museum includes 22 coaches and 21 contributors [team owner or executive].  All inductees but one played at least part of their career in the NFL.  Billy Shaw, a superb guard for the Buffalo Bills, played his entire nine-year career in the AFL.

The 46-member Board of Selectors is a committee that is responsible for electing new members to the hall each year.  The board is comprised mostly of sportswriters, and each of the 32 NFL cities gets a delegate.  New York City, home to the Jets and Giants, has two delegates.  There are 13 at-large voters.  Voting takes place annually on the Saturday before the Super Bowl.  Twenty-Five semi-finalists are selected in the early part of the year.  In November, the committee chooses 15 finalists.  Nine members of the selection committee also serve on the Seniors Committee, which screens candidates who finished their careers more than 25 years ago.  The Seniors Committee then adds two finalists to make a final ballot of 17 nominees.  Candidates are carefully scrutinized and must receive at least 80 percent of the vote to be selected.  To be eligible, a player or coach must have been retired for at least five years.  A contributor can be voted on at any time.  New Hall of Fame inductees are announced on Super Bowl weekend.

The Enshrinement Festival is the biggest weekend of the year in Canton.  Usually held the first full weekend in August, the festivities begin with the Hall of Fame Game, the annual preseason opener played at Tom Benson Stadium on Thursday night.  Members of the incoming class are presented their Gold Jackets during the Enshrinee’s Gold Jacket Dinner, held at the Canton Civic Center on Friday night.  Saturday morning opens with a grand parade, followed by an autograph session for the public featuring Hall of Fame members.  The weekend is highlighted by the Enshrinement Ceremony, which takes place in the football stadium on Saturday evening and features returning Hall of Famers on stage to welcome the newest members to the Hall of Fame fraternity.  The festival concludes with a concert on Sunday night.  The 2017 show featured performances by Toby Keith and Kid Rock.
The Hall of Fame election process is not without its detractors.  Selectors have largely ignored Canadian Football League experience.  Cookie Gilchrist was a six-time CFL All-Star [and four-time AFL All-Star] but is not in the Hall.  Howard Cosell was a broadcasting pioneer with his contributions to Monday Night Football but appears to be blacklisted from the HOF.   Perhaps the most glaring omission is officials.  Baseball, basketball and hockey all have game officials as members of their respective halls of fame, yet football has elected only one:  1966 inductee Hugh “Shorty” Ray, who served as supervisor of officials for the NFL from 1938 to 1952. 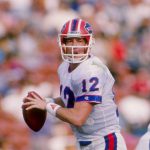 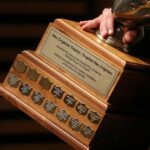 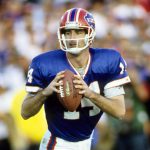 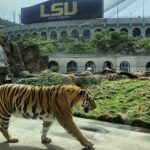