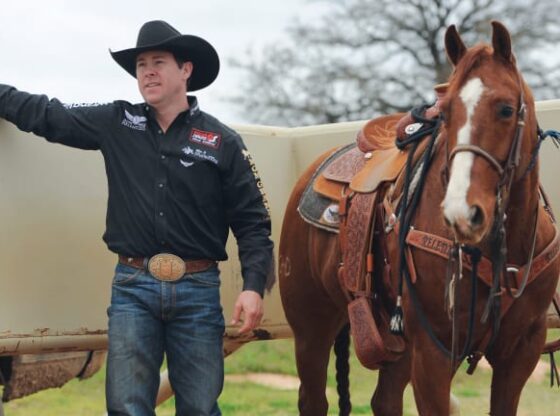 The greatest rodeo cowboy ever to climb in the saddle turns 41 today.

Trevor Brazile is the most decorated competitor in Professional Rodeo Cowboys Association [PRCA] history.  He has qualified for the National Finals Rodeo – the sport’s Super Bowl  – in a record 48 events and won 23 world championships.

Rodeo’s most prestigious award –the All-Around title – goes to the cowboy who wins the most prize money in a year while competing in at least two events.

Brazile has 13 All-Around Cowboy World Champion titles, nearly twice as many as the next man on that list, the legendary Ty Murray, who has seven.

Brazile, who joined the PRCA circuit in 1996, has dominated the sport, setting records for lifetime earnings, single-season earnings, and most winnings at a single rodeo.

Winning the All-Around buckle on the PRCA tour is difficult.  It requires skill, toughness, durability – and luck.  Some of the top cowboys in history have won multiple All-Around titles.

Larry Mahan and Tom Ferguson captured five each.  Murray, the “King of the Cowboys,” earned the seventh All-Around title of his hall-of-fame career in 1998, the then-most in history.

In 2010, Brazile won his eighth All-Around gold buckle, surpassing Murray for most ever.

While the All-Around title goes to the cowboy who wins the most prize money in at least two events, the Triple Crown requires a cowboy to top the money list in three or more events in one season.

In 2007, Brazile became just the eighth Triple Crown winner in history by taking the All-Around, tie-down roping and steer roping gold buckles.  He was the first cowboy since Roy “Super Looper” Cooper [Brazile’s father-in-law] accomplished the feat in 1983.

When Brazile won the gold buckle in All-Around, Tie-down, and Steer roping three seasons later, he became only the third cowboy in history to win a second career Triple Crown.

“It’s awesome,” said Brazile after his trifecta in 2010.  “You’re talking about Roy Cooper and Jim Shoulders, and they’re the greatest cowboys to ever live.

Anytime you’re on the same page as those guys, it’s a greater accomplishment.”

The oldest of rodeo’s timed events, tie-down requires the cowboy to rope a running calf around the neck with a lariat, dismount his horse, throw the calf to the ground, and tie three of the animal’s feet together.

The season-ending National Finals Rodeo [NFR] is rodeo’s premier event.  Held the first full week of December, it includes the season’s top 15 money winners in each event, competing for the world title.

The coveted gold buckle and World Championship title is awarded to the top earner in each event, while the World All-Around Rodeo Champion title goes to the cowboy who has earned the most prize money in more than one event.

The winningest cowboy in history is unique.  In a sport full of specialists, Brazile competes in several events.

In 2003, he became the first man in history to qualify for NFR in four events [tie-down, steer wrestling, and team roping as both header and heeler].

He has an insatiable appetite for winning and relentless attention to detail.  The Texan’s breadth has allowed him to surpass other cowboys who focus on a single event.

Trevor Brazile has always been most comfortable in boots and Wranglers.  Born in Amarillo, Texas, on this date in 1976, Trevor is the only child of Jimmy, a former professional rodeo cowboy, and Glenda, who also competed.

Brazile began riding and roping at an early age.  “His granddad built him a little roping dummy when he was two years old,” said Jimmy Bazile, a four-time national steer roping finalist.  “When it wasn’t his turn, he’d push the other boys off that dummy for his turn.  He never lets up.”

Although he played on his high school’s state championship basketball team, rodeo was Brazile’s passion.

He attended Vernon [TX] Regional Junior College on a rodeo scholarship, then attended West Texas A&M before leaving early to join the PRCA in 1996.

Rodeo cowboys are tough.  Perhaps no sport, save for boxing, is harder on an athlete’s body.

Bowman competed in the Cowboy’s Turtle Association – predecessor to the PRCA – and was the first Triple Crown winner in rodeo history, taking those titles in 1935 and again in 1937.  Jim Shoulders is known as the “Babe Ruth of rodeo.”

Between 1956 and 1958, the rugged Oklahoman won three straight Triple Crowns in rough stock.  In 1983, Roy “Super Looper” Cooper became the first roper, and second cowboy ever, to capture a PRCA Triple Crown.

Like most rodeo cowboys, Brazile maintains a grueling schedule.  He qualified for his first NFR in team roping in 1998, and earned his first All-Around title in 2002.

Brazile has won events all over the continent, including seven titles at the Cheyenne Frontier Days Rodeo – the “Daddy of ‘em All.”

In Las Vegas in December 2014, Brazile and his wife, Shada, presented one of the early awards at the American Country Music Awards show at the Mandalay Bay Events Center before heading to the Thomas & Mack Center to compete in the NFR.

Brazile showed up just in time for the team roping event, where he partnered with Patrick Smith to secure his 19th world championship.

The win vaulted Brazile past one of his childhood heroes, steer roper Guy Allen, for the most world championships in history.

At the NFR the following year, Brazile topped $ 6 million in career earnings, making him the only rodeo cowboy to reach that milestone. 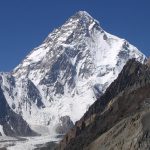