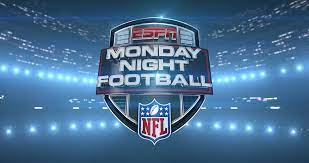 Tonight marks the premiere of the 49th consecutive season of the most successful primetime sports series in television history — Monday Night Football.

One of the longest-running shows on primetime television, behind only Hallmark Hall of Fame and Wonderful World of Disney, Monday Night Football is sports television’s signature series.  Aired on ABC from 1970 to 2005 and on ESPN  since 2006, MNF is watched by more than 50 million Americans each week.  It is also broadcast in Canada, Australia and most of Europe.

It all started September 21, 1970, when a record crowd of 85,703 packed into Cleveland Municipal Stadium to see the Browns play host to Joe Namath and the New York Jets.  They witnessed history, as the Browns beat the Jets, 31-21.  Monday nights were changed forever.

In the 1960s, NFL commissioner Pete Rozelle envisioned football in primetime.  The league approached the top two networks, CBS and NBC, to explore the possibilities.  Not wishing to disrupt their primetime entertainment schedule of the Doris Day Show and Laugh In, they declined the NFL’s offer.  Following the AFL-NFL merger in 1970, Rozelle spoke with ABC, the network with the lowest viewership of the three.  ABC Sports producer Roone Arledge immediately saw the possibilities for the new program, and the two sides agreed to a contract.

Seeking to create an entertainment spectacle more than a sports broadcast, Arledge hired Chet Forte, who would serve as director of the program for over two decades.  Rather than the usual two, he wanted three broadcasters in the booth, and hired the bombastic and controversial Howard Cosell as a commentator.  Arledge tried to lure Curt Gowdy and then Vin Scully for the MNF play-by-play role, but neither was available, so he chose the venerable Keith Jackson.  Arledge’s original choice for the third man was Frank Gifford.  When Gifford’s contract with CBS precluded him from joining the team, he suggested Don Meredith, the recently-retired Dallas Cowboys quarterback.

MNF pioneered technological innovations.  While most Sunday games were using four or five cameras, Arledge employed nine, including one sideline and two hand-held cameras.  Monday night telecasts included enhanced slow motion replays and extensive graphics.  Arledge’s spectacle was as much about what took place in the booth as on the field.  The polarizing Cosell was at once the most beloved and despised broadcaster in America.  His verbal jousts with the laid-back Meredith – Dandy Don — made for “must see” TV.

The show was an immediate success.  The first Monday night game captured one-third of the TV audience, and nearly 40 percent of those viewers were women.  Thanks largely to Cosell, Monday Night Football grew to become the highest-rated show in primetime history.  More than a game, it made the first night of the work week an event.  Watching pro football on Monday night became a way of life.  Movie attendance dropped.  Bowling leagues shifted to Tuesday nights.

The telecast, at times, resembled a circus.  After drinking at a promotional event prior to a November game in Philadelphia, Cosell went on the air drunk.  Shortly after introducing the second half of the game, he threw up on Meredith’s cowboy boots and was removed from the booth.  Dandy Don and Jackson called the second half of the game by themselves.  Meredith brought levity – sometimes too much of it.  Prior to a Broncos – Raiders game in Denver, the free-spirited Texan opened with “We’re in the Mile High City, and I sure am.”  Two weeks later, he referred to President Richard Nixon as “Tricky Dick.”

Gifford replaced Jackson in 1971 after his contract with CBS Sports concluded.  Jackson returned to calling college football — something he did better than anyone in history — and remained for the next 35 seasons.  Dull and unopinionated, Faultless Frank had the longest tenure of any broadcaster on the show, calling MNF until 1998.  Meredith lost his enthusiasm for MNF and Fred “The Hammer” Williamson was hired to replace him in 1974.  The Hammer, who is African-American, quipped at his introductory press conference he was hired to “bring some color into the booth.”  Williamson proved to be so inarticulate that he was replaced by Alex Karras before the season even started.

MNF has delivered many memorable moments.  America was introduced to Earl Campbell in primetime in 1978, when the first-year Houston Oilers running back rambled for 199 yards and four touchdowns on his way to being named NFL Rookie of the Year and MVP.  Five years later, Tony Dorsett exploded for a 99-yard touchdown run against the Vikings, the longest in MNF history.  Monday night viewers witnessed Bo bulldoze The Boz, when Jackson ran over Brian Bosworth at the goal line in 1987.  Bret Favre had the best performance of his career on a Monday night in 2003.  On the day after his father died, the Green Bay quarterback threw for four touchdowns and had a passer rating of 154.9 as he led the Packers to an emotional 41-7 victory over the Oakland Raiders.

Perhaps the most gruesome play in NFL history happened on a Monday night, when Lawrence Taylor snapped Joe Theismann’s leg like a twig, ending the Redskin signal-caller’s career.  Theismann later served as a MNF analyst in 2006.  Cosell was at the center of two infamous Monday night moments.  In December 1980 – in an era before internet or cell phones – Cosell broke the news of John Lennon’s assassination during a Patriots – Dolphins game.  Three years later, Cosell came under fire for making a racially insensitive remark during a Washington – Dallas game.  After watching Redskins wide receiver make a darting run after a catch, Cosell exclaimed, “That little monkey gets loose, doesn’t he?”

Since 1970, there have been more than 775 games televised by the MNF franchise.  The highest-scoring came in 1983, when Green Bay outgunned Washington, 48-47.  The lowest-scoring affair in Monday night history involved only a field goal.  On Thanksgiving Weekend in 1987, Pittsburgh beat Miami, 3-0.

Monday Night Football has featured some of the best, and worst, sportscasters ever to appear in primetime.  Al Michaels and John Madden, who delivered MNF telecasts from 2002 to 2005, are the finest duo in the show’s history.  Dan Dierdorf, Mike Tirico, and Boomer Esiason were solid, while Dennis Miller and Dan Fouts made for an odd pairing.  Namath, O.J. Simpson, and Tony Kornheiser were disastrous, while  the X’s-and-O’s-laden analysis of Jon Gruden and Ron Jaworski made football sound far more complex than it really is.

The Miami Dolphins have made the most Monday night appearances.  Their 1985 game against the Chicago Bears drew the highest rating in MNF history [29.6], and saw Miami hand the Bears their only defeat of the season.  The loss ensured that the 1972 Dolphins remained the only perfect team in NFL history.  San Francisco’s Candlestick Park has hosted the most games [36] and the 49ers have the most Monday night wins [48].  The two most frequent matchups in the program’s history involve the Broncos – Raiders and Redskins – Cowboys, who have locked horns 17 times each. That will change this season, when Denver plays at Oakland on Christmas Eve.

Season 49 of Monday Night Football kicks off with two games this evening.  The New York Jets visit the Detroit Lions at 6:10 ET, followed by the Los Angeles Rams at the Oakland Raiders beginning at 9:20.  Both games will air on ESPN, with Joe Tessitore, Jason Witten, Booger McFarland and Lisa Salters making their first appearance together in the nightcap.  Tonight’s second game also features the return to the sidelines of former MNF analyst Jon Gruden, who will be coaching the Raiders.