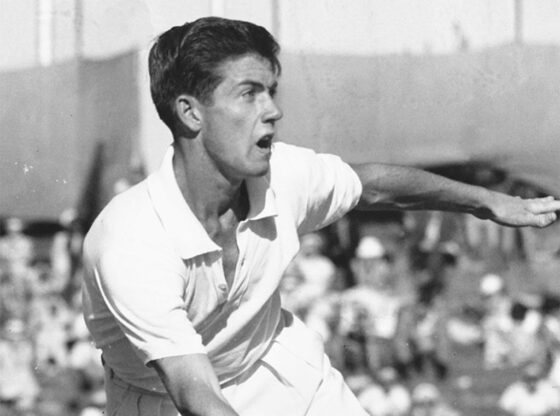 Nicknamed “Muscles” by his fellow players because of his lack of them, Rosewall is one of the top male tennis players of all time.  He won a record 23 major titles, including eight Grand Slam singles titles and, before the Open Era, a record 15 Pro Slam championships.  Rosewall’s was not the most physical type of game.  At 5’7” and weighing only 143 pounds, he lacked a powerful serve but was fast, agile and tireless.  “He wasn’t very big, wasn’t very strong, but, boy, could he hit the ball,” said ESPN tennis analyst Darren Cahill, who grew up watching the Aussie legend.  “He may have been the best ball striker the game has ever seen.”  Rosewall’s signature shot was his backhand—a hard, attacking slice that is regarded as one of the best backhands in tennis history—and he possessed a deadly volley.  The top-ranked player in the world in the early 1960s, Rosewall stayed healthy throughout his 24-year career, due in large part to his smooth and fluid stroke mechanics.  He was ranked among the top 10 players in the world—amateur or professional—every year from 1952 through 1976.  At the 1971 Australian Open, he became the first male player of the open era to win a Grand Slam tournament without dropping a set.

The Open Era in tennis began in 1968, when the Grand Slam tournaments [Australian Open, French Open, Wimbledon, U.S. Open] agreed to allow professionals to compete with amateurs.  Prior to 1968, only amateurs were allowed to compete in the Grand Slam events, and the Open Era allowed all players the opportunity to make a living playing tennis.

Born in the Hurstville suburb of Sydney, Australia, November 2, 1934, Rosewall moved with his family to nearby Rockdale as a one-year-old.  Robert Rosewall was a grocer and, after buying a few clay courts near their home, introduced his son to tennis when the lad was three.  Although young Kenneth was a natural lefty, Robert taught his son to play right-handed, hitting with a shortened racket and using both hands for forehand and backhand shots.  Rosewall played in his first tournament at nine, losing to the eventual winner.  At 11, he won the Under-14 Metropolitan Hardcourt Championships.  Three years later, the 14-year-old claimed the junior title at the 1949 Australian Hardcourt Championships in Sydney, becoming the youngest winner in the history of the event.

Wanting to make a living playing tennis, Rosewall began playing in professional events that generally drew the top 16 players in the world.  Competing primarily against the legendary Pancho Gonzales and fellow countryman Rod Laver [Daily Dose, 1/27/16] in Pro Slam tournaments—comparable to amateur Grand Slam events–he won 15 singles titles and was runner-up in four others.  Rosewall dominated the French Pro, winning the event seven straight times from 1960 and 1966.  In 11 seasons as a pro, the diminutive Aussie was 71-12 in Pro Slam tournament play.

The only blemish on Rosewall is never winning at Wimbledon.  He played in the men’s singles final four times and lost each match.   Muscles’ first Wimbledon setback came in 1954, at age 20, while his last came in 1974, when the 39-year-old Rosewall lost to Jimmy Conners.

A teenage prodigy, Kenneth Robert Rosewall won his first Grand Slam at age 18 at the Australian Open in 1953 and his last, 19 years later.  He is the both the youngest [18] and oldest [37] winner in Australian Open history.  Rosewall aged more gracefully than any player in the modern era.  In 1974, he reached the finals at both Wimbledon and the U.S. Open at age 39, making him the oldest male to reach a Grand Slam final.  “He became better as he got older,” said long-time rival Pancho Gonzalez, “more of a complete player.”  Despite missing 11 years of Grand Slam tennis after turning pro in 1957, Rosewall amassed eight Grand Slam singles titles, ninth-most of all time.  He won nine Grand Slam doubles championships, one Grand Slam title in mixed doubles, and claimed 133 tennis titles in his remarkable career.  A three-time Davis Cup champion, Mr. Rosewall blended uncanny shot placement and court speed with excellent balance and anticipation to play at the highest level for the longest time.  “What Ken did was incredible,” said 35-year-old Roger Federer [Daily Dose, 7/6/15], who is also aging gracefully.  “What he did gives me hope that if I remain healthy I can play for many more years to come.”

Ken Rosewall is an Australian National Living Treasure, selected by popular vote for having made outstanding contributions to Australian society.  Now 82, he still has a firm handshake and weighs 143 pounds, just as he did when he won his last title.  His longevity is unprecedented.  Rosewall went 19 years between Australian Championships, won French Open titles 15 years apart, and U.S. Open titles 14 years apart, all of which are records.  Mr. Rosewall is a Member of the Order of the British Empire as well as the Order of Australia.  In 1980, he was inducted into the International Tennis Hall of Fame and, five years later, was enshrined into the Sports Australia Hall of Fame. 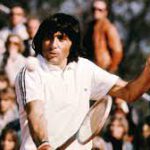 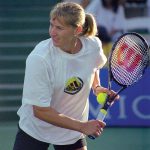 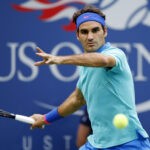 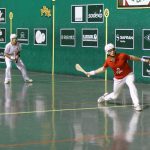 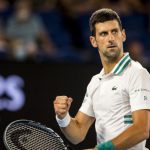