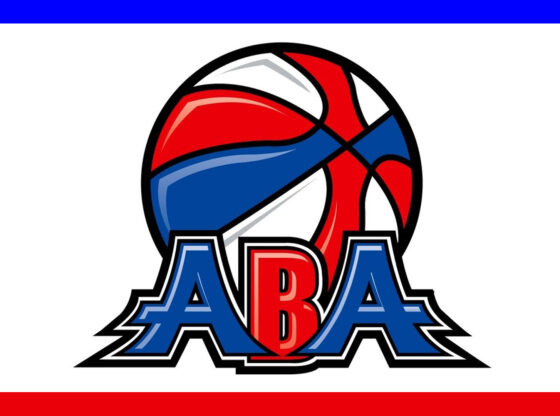 The American Basketball Association was fast, fun and freewheeling.

Founded in 1967, the ABA intended to compete with the well-established National Basketball Association [NBA] with the goal of forcing a merger with the senior league.  Potential investors were told they could get an ABA team for half the cost of an NBA expansion team and that, when the merger occurred, their investment would double.  The ABA opened play in 1967-68 with eleven franchises:  the Anaheim Amigos, Dallas Chaparrals, Houston Mavericks, Indiana Pacers, Denver Larks, Kentucky Colonels, Minnesota Muskies, New Orleans Buccaneers, New Jersey Americans, Oakland Oaks and Pittsburgh Pipers.  The inaugural game was played October 13, 1967, with the Anaheim Amigos traveling to Oakland, where they lost to the Oaks, 134-129.  The upstart league stole players from the NBA—including Rick Barry [Daily Dose, February 9], who left the San Francisco Warriors to move across the Bay and join the Oaks.  The ABA also pirated officials, getting veteran referee Earl Strom and three others to jump leagues.  NBA Hall of Famer George Mikan was hired as the league’s first Commissioner, serving in that capacity for the ABA’s first two seasons of existence.  The ABA promoted a wide open, flashy style of play that offered an alternative to the stodgy NBA.  The new league played up-tempo, run-and-gun basketball that offered a stark contrast to the slower, half-court style played in the NBA.  One player said, “it was a looser atmosphere.  We could do a lot of things the NBA wouldn’t let us do.”  Trash-talking and on-court fights were commonplace and players had nicknames like Bad News, Jellybean, Mr. Excitement, Whopper and Iceman.  Two coaches were known as Slick and Babe.

The American Basketball Association had two “regional” franchises—the Virginia Squires and Carolina Cougars—that played their home games in several cities.  Only one ABA city was in a top 20 American market and, as a whole, populations in ABA cities were less than half those of NBA cities.  The league featured stars, including future Hall of Famers Julius Erving, Barry, George Gervin, Artis Gilmore, Connie Hawkins and Moses Malone.  The flashier league featured a garish red, white and blue basketball that, according to Boston Celtics General Manager Red Auerbach [Daily Dose, January 12], “Belonged on the nose of a circus seal.”  The ABA implemented a 30-second shot clock [the NBA had a 24-second clock],  three-point arc and pioneered the Slam Dunk Contest at the All-Star Game.  The “lively league” held promotional events to attract fans.  The Miami Floridians’ ball girls wore bikinis, the Denver Rockets held “Halter Top Night,”  Victor the Wrestling Bear entertained the crowd in Utah and, in 1972, the Kentucky Colonels featured a halftime exhibition that pitted members of the local media against a team of Playboy Bunnies.  Lack of a television contract put financial pressure on ABA franchises, which relocated frequently.  Of the original eleven teams, only Indiana and Kentucky remained all nine seasons without relocating, changing names or folding.  The ABA failed to copyright their red, white and blue basketball, which sold wildly in the 1970s.  In February 1969, the Houston Mavericks averaged 378 fans per home game.  Two months later, 89 patrons showed up to see their final game in Houston—a 149-132 drubbing of the New Jersey Nets–before moving to Carolina and becoming the Cougars the following season.

Nine teams started the 1976 ABA season and seven finished.  An eighth team—the Baltimore Claws—never got off the ground.  In July 1976, it was announced that the ABA and NBA would merge.  The San Antonio Spurs, Utah Jazz, Nets and Indiana Pacers would join the NBA.  The Virginia Squires went bankrupt before the merger and the Kentucky Colonels, who led the league in attendance in five of nine ABA seasons, received a payout of $ 3.3 million.  The Silna brothers, owners of the Spirits of St. Louis, negotiated the best deal in sports history: receiving a $2.2 million payout and 1/7 of a share of each of the four remaining [now NBA] teams’ television rights in perpetuity.  To date, the Silnas have received over $170 million from the NBA, who have offered several times to buy them out of the merger deal—an offer they have politely refused.  In addition to the four surviving ABA teams, eight current NBA markets have ABA heritage: Utah, Dallas, Houston, Miami, New Orleans, Minnesota, Memphis and Charlotte.  The 2003 NBA Finals featured two ABA teams: the Spurs and Nets.  San Antonio never won an ABA title but have won five NBA crowns, the only ABA franchise to win a championship in the new league.  The Indiana Pacers won three ABA titles in nine years, the most in league history.

On this date in 1976, the New York Nets defeated the Denver Nuggets 112-106 to win the ninth and final ABA Championship, four games to two.  Julius Erving was named MVP, the only ABA player to earn that honor twice in his career.