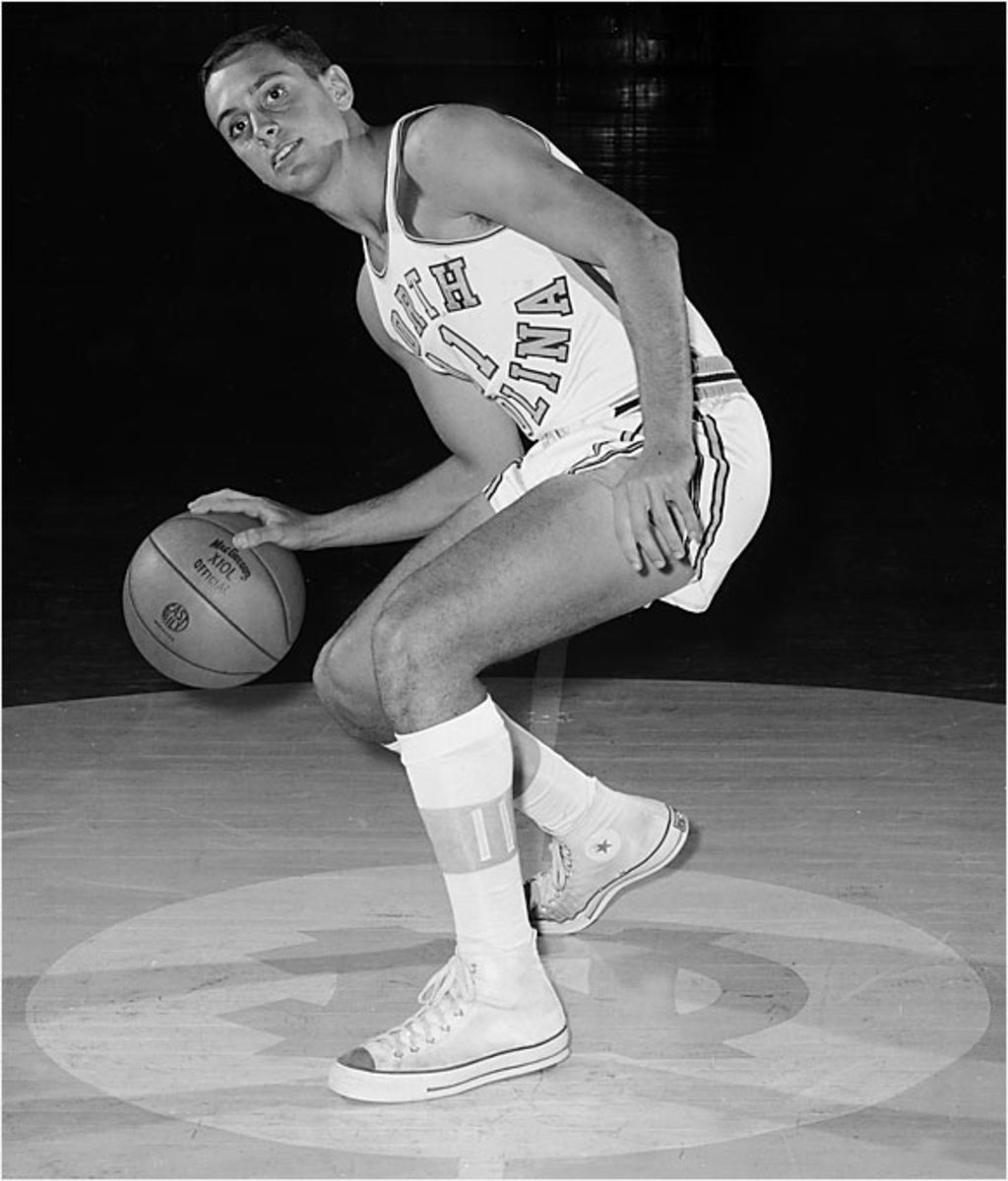 Larry Brown is the only coach to win both an NCAA title and NBA championship.

Hailed as one of basketball’s greatest teachers, Brown is well known for turning losers into winners.  He resurrected dormant teams in Denver, New Jersey, San Antonio, Los Angeles, Indiana and Philadelphia, leading each to a division title.  Brown is the only coach in NBA history to guide eight different franchises to the playoffs.  Allen Iverson, who played six seasons under Brown in Philadelphia and was named 2001 NBA MVP, called his former mentor “Without a doubt the best coach in the world.”

A brilliant basketball mind, Brown is one of the best coaches to walk across a court.  He was named ABA Coach of the Year three times in four seasons between 1973 and 1976, then earned NBA Coach of the Year honors in 2001.  Brown guided the Denver Nugget to the 1976 ABA Finals and reached three more Finals in the NBA.  His 2004 Detroit Pistons defeated the heavily-favored Los Angeles Lakers in five games, leading to the breakup of Kobe and Shaq – the NBA’s Dynamic Duo.

A tough leader who stressed defense and unselfish play, Brown’s 1,098 career wins are eighth-most in NBA history.  When taking into account his 229 ABA victories, Brown is third on the all-time win list, behind only Don Nelson and Lennie Wilkins.  In 30 pro seasons [four in the ABA, 26 in the NBA], Brown-mentored teams made the playoffs 22 times.

In addition to roaming the bench in both major pro leagues, Brown coached collegiately, with stints at UCLA, Kansas and SMU.  He reached three Final Fours, including 1988, when he guided Kansas to the NCAA title, and won two conference championships.  In eleven college seasons, Brown earned eight NCAA and one NIT berth while compiling a record of 266-99 [.731].

But Larry Brown is loyal to Larry Brown first, second and always.  Dubbed Next Town Brown, he is basketball’s most notorious vagabond.  His longest stint was in Philadelphia, where his six seasons at the helm of the 76ers was an eternity by Brown’s standards.  Labeled as selfish, childish, nomadic and narcissistic – just to name a few – Brown does whatever he wants.  In nearly four decades of coaching, Brown cashed paychecks from 13 different employers.  He is the only person to coach two NBA franchises in the same season, when he helmed both the Spurs and Clippers in 1991-92.

Brown landed his first head coaching job in April 1969 at Davidson, using connections with his college coach, Dean Smith.  He didn’t even so much as coach a practice, resigning 91 days later – before the season began.  Brown’s tenure at Davidson was so short, it’s not even listed on his resume.  Followed by controversy and disciplinary action by the NCAA in all his stops as a college coach, Brown resigned ahead of trouble at UCLA, Kansas and SMU.

After winning the 1988 NCAA title with Kansas, Brown returned to the NBA, joining the San Antonio Spurs.  He left the Spurs midway into 1991-92, took over the L.A. Clippers, and guided them to the playoffs.  With two years left on his Clippers contract, Brown resigned the following year and bolted for the Indiana Pacers.

Born in Brooklyn September 14, 1940, Lawrence Harvey Brown grew up on Long Island.  He attended Long Beach High School, alma mater of comedian Billy Crystal and record producer Rick Rubin.  A 5’9” point guard, Brown attended the University of North Carolina to play under legendary coaches Frank McGuire and Dean Smith.  He was named All-ACC in 1963 and was selected to the 1964 U.S. Olympic Team.

Considered too small to play in the NBA, Brown spent five seasons in the upstart ABA.  A scrappy, cerebral playmaker, he was a three-time All-Star and was named MVP of the 1968 ABA All-Star Game.  Brown, who once dished out a record 23 assists in one game, led the ABA in assists per game during the league’s first three seasons and retired in 1972 as the ABA all-time assists leader.

Following his retirement as a player, Brown accepted the head coaching job with the ABA Carolina Cougars.  When the Cougars moved to St. Louis to become the Spirits two years later, Brown jumped to the Denver Nuggets, who joined the NBA as part of the 1976 ABA-NBA merger.  He guided nine teams over 26 NBA seasons, including stops in Denver, New Jersey, San Antonio, L.A. [Clippers], Indiana, Philadelphia, Detroit, New York and Charlotte.

Inducted into the Naismith Basketball Hall of Fame in 2002, it seems 78-year-old Larry Brown – whose mother lived to 106 — can’t kick the coaching bug.  After resigning before the 2016-17 season at SMU, where he went 94-39 in four seasons, Brown was hired in June 2018 to become the head coach of Fiat Torino in Italy’s Lega Serie A.  Brown’s nomadic ways continue, however.  After a 5-19 start, the Fiat Torino and Brown parted ways in December 2018.

On this date in 1969, Larry Brown scored eight points to help the Oakland Oaks beat the Kentucky Colonels, 122-109, before 6,384 patrons at the Oakland-Alameda County Coliseum.  The Oaks bettered their record to 41-8, then went on to down the Indiana Pacers in the ABA Finals to win the only championship in franchise history.