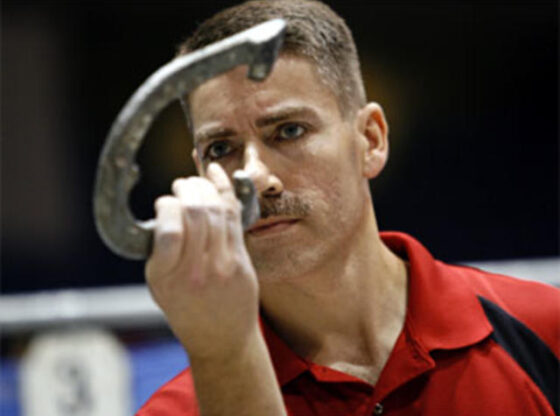 Alan Francis may be the most dominant athlete in any sport in the country.

Mr. Francis is a purchasing manager at a small printing shop in Defiance, Ohio.  He lives in a modest ranch house on a sleepy suburban street, has a wife and son, and drives a pick-up truck.  He is also widely considered the best horseshoe pitcher in history.

First played over 2,000 years ago, horseshoes is an outdoor game played between two people or two teams of two people using four horseshoes thrown at stakes set in a three-foot by six-foot pit in the ground.  Stakes sit 14-15 inches above the pit surface and regulation courts are 40 feet long from stake to stake.  Railroad ties often serve as backboards, which are set four feet behind the stakes to slow skipping horseshoes.  To keep shoes from skidding out of position, tournament courts pack blue clay around the stakes, while most backyard pits use sand.   Competition horseshoes must weigh less than two pounds, ten ounces, be no wider than 7.25 inches and have an opening of 3.5 inches or less.  More than 30 companies make regulation shoes in the U.S., with costs ranging from $25 to over $ 80 per pair.  The National Horseshoe Pitchers Association is the governing body of the sport in the United States and “strives to promote and organize the sport and to standardize the rules, equipment and playing procedures,” and mandates that regulation horseshoes “may not be altered in any way.” The NHPA has created divisions for competitions.  Junior Cadets are younger than nine and throw from 20 feet.  A junior cadet may move up and play Juniors [under 18], who throw from 27 feet, but once moved up a thrower cannot return to Junior Cadets.  Men of any age are eligible to compete in the Open Men division and pitch from 37 feet, while women of any age may compete in the Open Women division and throw from 27 feet.  Men and women can compete as Seniors beginning at 60, though they remain eligible to play in the Open divisions.  Men 70 and over are eligible for the Elder Men division and pitch from 27 feet.

The foul line is marked three feet in front of each stake.  Players may not cross this line when pitching.  One player throws both horseshoes—one at a time—at the opposite stake, then the second player does the same from their end.  This is formally called an inning.  A horseshoe that fully encircles the stake so the ends can be touched with a straight edge without touching the pole is called a “ringer” and is worth the maximum score of three points.  Any shoe landing within six inches of the stake—about the width of the shoe—is worth one point.  “Leaners”—shoes that touch the stake without encircling them or lean up against the pole—are worth one point in tournament play but often count as two in the backyard variety.  In NHPA games, the first player to 40 points wins, while 11 or 21 point games are common in recreational play.

Throw a ringer 70 percent of the time and you are a world-class pitcher.  Get one 80 percent of the time and you are in the top two in the world.  Toss a ringer in nine out of every ten attempts and you are Alan Francis.  Born and raised on a farm in Blythedale, Missouri, Francis began competing in horseshoes at nine.  At 12, he won the first of four consecutive Junior world titles and won the Men’s world championship in 1989, at 19.  As a boy, he heaved horseshoes with a slow counterclockwise rotation.  His “three-quarter reverse”—used by less than one percent of throwers—remains a trademark.  Rail-thin, with a moustache and crew cut, Mr. Francis has won 20 world championships, including 18 of the last 21.  He attended his first world tournament in 1978 and met Amy Brown, a three-time world runner up.  They married in 1996.  The 2000 NHPA Championship featured over 1,300 competitors including Brian Simmons, a two-time world champion and Francis’ only real rival.  After falling far behind, Francis pitched ringers on 25 of his final 26 shoes to win what some call the greatest match in the sport’s history.  “Of all the guys that have pitched this game, he’s the best,” crowed veteran thrower Gerald Bernard, while Simmons said, “When he gets on a roll, you’re not going to beat him.”  Francis finished the 19-game tournament in 2000 with ringers on 917 of 1,016 pitches, a record 90.26 percent.  At the 2015 world championships in Topeka, Kansas, he went 15-0 with a pedestrian ringer percentage of 88.41.  Mr. Francis will seek to defend his world title at the 2016 World Championship, scheduled for July 25-August 6 in Mobile, Alabama.

On this date in 1914, the National Horseshoe Pitchers Association was formed in Kansas City, Kansas.

“Close only counts in horseshoes.”-Unknown 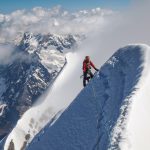 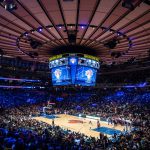 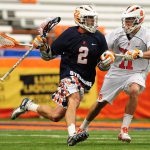