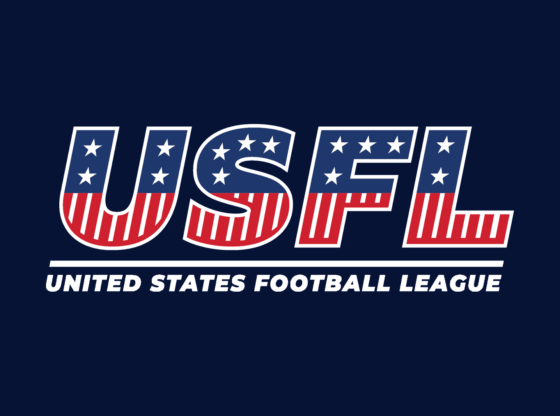 The United States Football League was one of the most ambitious and short-lived endeavors in professional sports history.

The USFL was conceived by David Dixon, a New Orleans art and antiques dealer, who saw a market for spring football. Dixon had been instrumental in bringing the NFL’s expansion Saints to New Orleans in 1967 and was a key player in the construction of the Louisiana Superdome. He developed the “Dixon Plan”—a blueprint based on securing NFL-caliber stadiums in top TV markets, securing a TV deal, and controlling spending—and found investors willing to buy in. Dixon first envisioned a new league in 1965, believing that a professional football league could succeed playing in spring and summer, when the NFL and college football were in their off-season. At a press conference at the 21 Club in New York City on May 11, 1982, Dixon announced that the USFL would begin play in 1983. Chet Simmons, a broadcasting executive with fledgling ESPN, was named the league’s first commissioner. The league obtained TV deals with ABC and ESPN to broadcast a weekly national game as well as another on Monday night. Dixon signed up 12 cities—nine in existing NFL markets and three in which there was no pro football. All but two of the dozen initial teams were in the top 13 media markets in the U.S.

Like most upstart pro sports leagues, the USFL faced some stumbling blocks before the teams took the field. When the San Diego franchise was denied a lease for Jack Murphy [now Qualcomm] Stadium, it moved to Phoenix and became the Arizona Wranglers. The Boston Breakers were unable to close a deal to play in Harvard Stadium or Sullivan Stadium, home of the New England Patriots, and were forced to play at Nickerson Field on the campus of Boston University, a tiny, antiquated facility that seated only 21,000 people. Seeking to protect the Canadian Football League, the Canadian government prevented franchises planned for Vancouver, Edmonton, Toronto and Montreal from getting off the ground. The USFL ultimately decided to begin play with three divisions of four teams each, placing franchises in Philadelphia, Boston, New Jersey, Washington DC, Detroit, Chicago, Tampa Bay, Birmingham, Oakland, Los Angeles, Denver and Phoenix.

In the early 1980s, many football fans considered NFL to stand for “No Fun League.” Seeking to differentiate themselves from its stodgy older brother, the USFL implemented the two-point conversion, pioneered instant replay to help officiate its games, and encouraged excessive end zone celebrations following touchdowns—which the NFL penalized. Beginning in March and ending in July, the USFL played an 18-game schedule with no preseason games. Unlike the NFL, the new league allowed athletes to turn professional after their junior season rather than wait for their college class to graduate. Seizing the opportunity, 1982 Heisman Trophy winner Herschel Walker left the University of Georgia following his junior year to join the New Jersey Generals for $ 4.2 million–the largest contract in pro football history at that time. Anthony Carter, a three-time All-American wideout from the University of Michigan, eschewed the NFL and signed with the Michigan Panthers while Kelvin Bryant, a highly-touted running back from the University of North Carolina, joined the Philadelphia Stars. NFL players, including four-time Pro Bowl tight end Raymond Chester, flooded into the USFL as well. The upstart league did well at the gate, averaging more than 24,000 fans per game in its maiden 1983 season. Television was pleased with the ratings, but larger-than-expected player salaries put financial stress on owners. Only the Denver Gold and Tampa Bay Bandits managed to escape large losses the first year. Despite leading the league in rushing, Hershel Walker could not get the Generals to the playoffs. Michigan beat Philadelphia for the league championship, and Kelvin Bryant was named 1983 USFL MVP.

Seeking expansion fees to help recoup first-year losses, USFL owners brought six new teams into the league for the 1984 season. The Breakers moved from Boston to New Orleans, Chicago swapped franchises with Arizona, and half of the original owners sold their teams. New York real estate mogul and future U.S. President, Donald Trump, bought the Generals prior to the 1984 season. The 37-year-old Trump brought in 1980 NFL MVP Brian Sipe as quarterback and made a push to convince Don Shula to leave Miami to coach the Generals. When Shula balked, Trump hired former New York Jets coach Walt Michaels. Mr. Trump also signed Lawrence Taylor—arguably the best linebacker in history—to a futures contract before the NFL’s Giants got wind of it and bought LT out of the agreement. Several top collegiate players opted for the USFL over the NFL, including 1983 Heisman Trophy winner Mike Rozier, Jim Kelly, Reggie White, and Steve Young. All but Rozier would later be inducted into the Pro Football Hall of Fame. After becoming the first quarterback in pro football history to throw for over 5,000 yards in a single season [Dan Marino would become the second that fall], Jim Kelly was named 1984 MVP.

Prior to the 1985 season, the USFL announced it would be switching to a fall schedule beginning in 1986 and filed an antitrust lawsuit against the NFL, alleging the more established league had established a monopoly with respect to television broadcasting rights. Philadelphia, which had won the league title in 1984, moved to Baltimore, which had recently lost the NFL Colts. The Michigan Panthers merged with the Oakland Invaders, the Pittsburgh Maulers folded after just one season, and the Chicago Blitz suspended operations.

The Breakers were forced out of New Orleans and moved to Portland, their third home in as many years. Oklahoma and Arizona merged, and the Washington Federals headed south to become the Orlando Renegades. Harry Usher, who helped organize the 1984 Los Angeles Olympics, replaced Simmons as commissioner of the league. For the third year in a row, the USFL signed college football’s reigning Heisman Trophy winner when the Generals inked Doug Flutie to a multi-year deal. Flutie’s only USFL campaign ended early when he broke a collarbone in Week 15. For the second time in three years, Herschel Walker led the league in rushing, amassing 2,411 yards to surpass Eric Dickerson for what remains the highest single-season total in pro football history.

In July 1986, about a month before the league was to begin its first fall season, the USFL won its $ 1.7 million antitrust lawsuit against the NFL. The jury declared the NFL a “duly adjudicated illegal monopoly,” but the USFL was awarded just three dollars in damages. The USFL had staked its future on the outcome of the suit, banking on a substantial settlement to finance the move to the fall. Four days after the announcement of the verdict, USFL owners voted to suspend operations for the 1986 season. Following four years of appeals, the USFL received a check for $3.76—the 76 cents representing interest earned during litigation–in damages in 1990. The check has not yet been cashed.

In the end, moving to fall doomed the USFL. Without a fall TV contract, the league had little sustainable revenue. Lacking a salary cap, league owners got away from the original Dixon play and overspent on player salaries.

The United States Football League was the last major challenger to North America’s “Big Four” sports leagues. Fun and entertaining, it had a significant impact on the NFL both on and off the field. Almost all of the USFL’s on-field innovations—including the two-point conversion and replay—were eventually adopted by the older league. Several markets, including Baltimore, Phoenix, and Jacksonville, demonstrated they could support pro football and the NFL ultimately placed teams in each. The league played a good brand of football and after it folded, several USFL players enjoyed success in the NFL.

The Buffalo Bills were the biggest beneficiaries of the USFL’s collapse, as they signed Jim Kelly, Joe Cribbs, Kent Hull, and Ray Bentley. The Bills also nabbed general manager Bill Polian and coach Marv Levy from the USFL. Collectively, this ensemble helped form the backbone of a Buffalo Bills team that played in a record four consecutive Super Bowls in the early 90s. Despite existing for only three years, the USFL included such notable coaches as Jim Mora, Steve Spurrier, Lee Corso, George Allen, Frank Kush and Jack Pardee. There are currently eight USFL alumni in the Pro Football Hall of Fame.

On this date in 1983, the United States Football League kicked off, playing five Opening Day games. The largest Opening Day crowd was at Sun Devil Stadium in Tempe, Arizona, where 45,167 fans watched the hometown Wranglers lose to the Oakland Invaders, 24-0.

”If God wanted spring football, He wouldn’t have invented baseball” – former New Jersey Generals owner Donald Trump, who wanted the USFL to play its games in the fall.