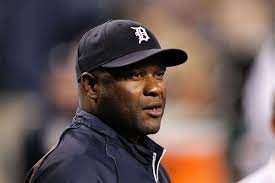 On October 3, 1978, the New York Yankees and Boston Red Sox played a one-game playoff to decide the winner of the American League East.  It was a game for the ages. Boston dominated the AL East for the first half of the 1978 season.  On July 19, they held a 14-game lead over their archrival, New York.  But by September 7, the Yankees had whittled it down to just four games, just in time for a four-game series at Boston’s Fenway Park.  The Yanks swept the set by a combined score of 42-9 in what came to be known as the Boston Massacre, then seized and held the division lead going into the 162nd and final game of the ’78 campaign. The Red Sox had not won the World Series since 1918 and, according to folklore, were cursed for trading baseball’s greatest player – Babe Ruth – to their archrivals prior to the 1920 season.  The 1978 team gave Boston perhaps its best chance of winning the Fall Classic and ending the Curse of the Bambino.  Led by future Hall of Famers Jim Rice, Carl Yastrzemski and Dennis Eckersley, the BoSox featured seven All-Stars and a pair of Gold Glove outfielders.  After clawing their way back into the pennant race, the Red Sox believed this was their time. The Yankees had a one-game advantage heading into the final day of the season before losing to Cleveland 9-2.  Meanwhile, Boston shut out Toronto 5-0 to force a playoff to determine the division champion.  The Yanks and BoSoxfinished the campaign with identical 99-63 records, so a coin toss determined which team would be granted home-field advantage.  Boston won the flip, and the showdown was set to take place at Fenway beginning at 2:30 pm on Monday. The Yankees season had been a roller coaster ride.  Following a game on July 18, Billy Martin suspended Reggie Jackson without pay for “deliberately disregarding the manager’s instructions” and attempting to bunt rather than swing away.  Five days later, while drinking at an O’Hare Airport bar as the Yankees waited to board a plane from Chicago to Kansas City, Martin told reporters, “The two [Jackson and owner George Steinbrenner, who had pleaded guilty to a felony charge of obstruction of justice after making illegal campaign contributions to Richard Nixon’s 1974 re-election campaign] deserve each other.  One’s a born liar, the other’s convicted.”  Twenty-four hours later, Martin resigned as Yankees skipper and was replaced by Bob Lemon, who went on to be named AL Manager of the Year. The tie-breaker game was the first in the AL since 1948, when the Indians defeated the Red Sox at Fenway Park for the pennant.  It was also the first in the majors since the advent of the division system in 1969.  Nearly 33,000 packed into Fenway on a beautiful 68-degree autumn afternoon in Beantown.  Manager Don Zimmer sent 32-year-old Mike Torrez to the mound for Boston.  The veteran right-hander, who had signed as a free agent in the offseason, had gone 16-12 in 36 starts. Lemon tapped the left-handed Ron Guidry as Yankee starter.

Keith Jackson and Don Drysdale called the game for ABC, while Dick Stockton and Ken “Hawk” Harrelson described the action for WSBK-TV in Boston.

Dubbed Louisiana Lightning, Guidry was the Yankees’ ace.  He had put together what may be the all-time best season by a Yankee pitcher in franchise history.  Featuring an exploding fastball and filthy slider, Guidry had been nearly unhittable all year.  The slender southpaw went 24-3 with a 1.74 ERA and nine shutouts.  Guidry’s .839 winning percentage was second-best in the live ball era and his 248 strikeouts set a Yankee single-season record.  The Louisiana native won the 1978 Cy Young Award unanimously and finished second in AL MVP voting to Red Sox slugger, Jim Rice. Boston struck first when Yastrzemski led off the bottom of the second with a home run.  The BoSox added to their lead when Rice singled home Rick Burleson with one out in the home half of the sixth to make it 2-0.  Torrez was masterful, throwing six shutout innings while allowing only two hits and a walk.  After Graig Nettles flied out to right to open the seventh, the Boston right-hander gave up back-to-back singles to Chris Chambliss and Roy White.  Torrez then retired pinch-hitter Jim Spencer on a fly ball for the second out of the inning, bringing up light-hitting shortstop Bucky Dent. Bucky Dent batted .243 during the regular season, with four home runs and 37 RBI.  The 5’9”, 170-pound shortstop limped into the playoff, both literally and figuratively.  Dent had played the entire season in pain after fouling a ball of his left foot during spring training, causing a blood clot that required him to wear a shin guard on his ankle for most of the season.  He came into the winner-take-all tiebreaker having collected only eight hits in his last 51 trips to the plate and had popped out in his first two at-bats against Torrez. Torrez’ first pitch was a ball, down and away, and Dent checked his swing.  The diminutive infielder fouled the next off his bad foot, prompting the Yankees trainer to come out and spray his instep with numbing agent.  Centerfielder Mickey Rivers, who was standing in the nearby on-deck circle, noticed Dent’s bat was cracked, and offered his.  The slumping shortstop, who was batting ninth in the order, had borrowed Rivers’ stick during pregame batting practice and had hit well.  With the count at 1-1, Torrez left a fastball over the heart of the plate and Dent drove it over the Green Monster to give the Yankees a 3-2 lead and silence the Fenway crowd.

It was one of the most iconic moments in baseball history.  To Bostonians, the Curse of the Bambino lived on, while the little-known Yankee shortstop became forever known as “Bucky F’n Dent.”

The Yankees added another run in the seventh, then Jackson led off the eighth with a solo blast to make it 5-2.  Down three runs with six outs left, Boston plated two in the bottom of the eighth off Goose Gossage, who had replaced Guidry.  Behind 5-4, Boston faced the shaky Gossage in the last of the ninth.  The Yankee closer got a quick out, then walked Burleson.  A single and flyball advanced Burleson to third, bringing Yastrzemski to the plate with two out and the tying run 90 feet away.  In a duel between two future Hall of Famers, Gossage induced Yaz to pop out to third to end the threat as well as the Red Sox season. The Yankees went on to beat the Kansas City Royals, 3-1, in the American League Championship Series, then met the Dodgers in the World Series for the second straight year.  After losing the first two games in Los Angeles, the Bronx Bombers roared back to win four in a row and claim back-to-back World Series titles.  Bucky Dent, who went 10-for-24 [.417] with seven RBI, was named World Series MVP. Red Sox fans got revenge in 1990, when the last-place Yankees fired Bucky Dent as their manager during a series at Fenway Park.  It was the 19th managerial change in the 17 years George Steinbrenner had had controlling interest in the team. The 1978 New York Yankees remain the last team to have won the World Series after playing a tiebreaker.