14 Most Memorable Monikers in Sports History 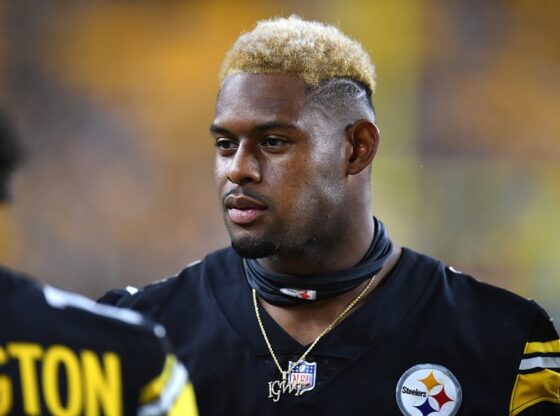 Throughout sports history, we have heard some crazy-cool handles.

Zebedee Howell played basketball for the Minnesota Gophers in the early 1980s.  Tommy Gunn was a guard for Middle Tennessee State from 2000-04.  And Napoleon Outlaw was a wideout for Michigan State in the mid-1990s. Which got us to thinking about the wildest, most unusual names in the games.

Not nicknames or initials, but the actual monikers as they appear on these athletes’ driver licenses, passports and birth certificates.

Here are our Top 14 names in sports history.

JuJu Smith-Schuster.  Before he became a 2018 Pro Bowler for the Pittsburgh Steelers, this speedy wide receiver starred at USC from 2014 to 2016.

Urban Shocker.  Between his two stints with the New York Yankees, this right-hander had four consecutive 20-win seasons with the St. Louis Browns in the early 1920s.

Picabo Street.  Because her parents allowed this former Olympic skier to name herself, Street went by “Little Girl” until three then chose Picabo after the small village near her Idaho home.

God Shammgod.  Known as Shammgod Wells when he was a 1995 McDonald’s High School All-American, God was required to register under his legal name at Providence College.  He later played for the NBA Washington Wizards.

Danger Fourpence.  Soccer has more unusual names than any sport on the planet.  This Zimbabwean defender, who played alongside Clever Muzuva and Givemore Manuella, has one of the better ones.

Vida Blue.  This six-time All-Star set the baseball world on fire in 1971 when he went 24-8 to win the AL MVP and Cy Young Awards.  And he looked sensational in those classic A’s uniforms of the 1970s.

D’Brickashaw Ferguson.  This former Virginia All-American was the fourth pick of the 2006 NFL draft.  A three-time Pro Bowler, he made 160 consecutive starts for the Jets, never missing a game in his ten NFL seasons.

Granville Waiters.  This 6’11” center played for the Ohio State Buckeyes from 1979 to 1983, then was picked 39th overall by Portland in 1983.  He played five NBA seasons before finishing his career in Spain.

Mordecai Brown.  This former big-league hurler not only has one of the coolest forenames in history, he has one of the greatest nicknames.  After losing parts of two digits on his throwing hand in a farm-machinery accident, Brown was dubbed Three Finger.

Josey Jewell.  A consummate overachiever, this former Iowa linebacker won the Lott and Lambert awards in 2017.  He was also named Big Ten Defensive Player of the Year after leading the league in tackles.  Drafted in the fourth round by Denver, the Broncos found a gem in Jewell.

Alberto Albuquerque.  This Dominican right-hander broke in with the Detroit Tigers in 2011 and has since pitched for the Angels, Royals and White Sox. Although the six-foot reliever has made minor league stops in Boise, Tulsa, Toledo and Tacoma, Al was never assigned to Albuquerque.

Yinka Dare.  A seven-footer from Nigeria, Dare played center at George Washington University before landing with the New Jersey Nets in 1994.  A humble and quiet man, Yinka died of an irregular heartbeat in 2004.

Covelli Loyce Crisp.  Like Mordecai Brown, Crisp has both a spectacular forename and super-cool nickname.  The 2011 AL stolen base champion was dubbed Coco by his sister as a young boy.

Ha’Sean Treshon Dix.  This former Alabama All-American safety was a first-round draft pick of the Green Bay Packers in 2014.  A 2016 Pro Bowler, Ha Ha played one season in Washington before signing as a free agent with the Chicago Bears in March 2019.