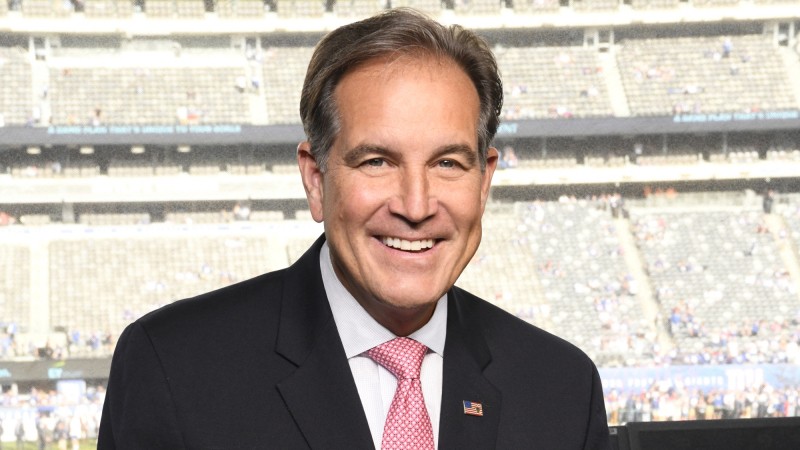 James William Nantz III is a broadcaster unlike any other.

Born in Charlotte, North Carolina on May 17, 1959, he grew up in New Orleans before moving to Marlboro, New Jersey to attend high school. He co-captained the Mustangs basketball team and was the co-captain and number one player on the golf team before heading to the University of Houston for college. He majored in radio/television at Houston and played on the Cougars’ golf team along with future PGA Tour players Fred Couples and Blaine McCallister, both of whom he roomed with. Nantz served as public-address announcer for the Houston Cougars and Houston Astros while in college and also worked for the CBS Radio Network. Upon graduation, he became an anchor and sportscaster for KHOU in Houston and later became the voice of Brigham Young football while working as a local sportscaster for KSL-TV in Salt Lake City.

He joined CBS in 1985, first as a studio host for college football and basketball coverage while also providing on-course reporting for PGA Tour golf. He called NFL games on Westwood One radio and got his first big break when he was assigned to anchor CBS’s coverage of the Masters golf tournament in 1989. He has called the NCAA Final Four since 1991, first with Billy Packer, then with Clark Kellogg and this past year with Bill Rafferty. Nantz hosted The NFL Today, CBS’s pre-game show, from 1998-2003 before becoming the network’s top play-by-play announcer in 2004, switching roles with Greg Gumbel. Nantz has worked alongside Phil Simms, who provides color analysis, since taking over the number one role in 2004. He joined Curt Gowdy, Kevin Harlan and Dick Enberg as the only play-by-play announcers to ever call both a Super Bowl and an NCAA Men’s basketball title game. Mr. Nantz was the first commentator to complete the rare broadcasting feat of calling the Super Bowl, NCAA Final Four and Masters, which he did all in the span of 63 days in 2007. He did it again in 2010.

Nantz provided play-by-play for the U.S. Open tennis championships from 1987-1995, hosted the Winter Olympics in 1998, 1992 and 1994 and has covered the Macy’s Thanksgiving Day Parade four times. He has won two Emmy Awards, has five times been honored with the National Sportscaster of the Year award and is one of the youngest recipients of the Basketball Hall of Fame’s Curt Gowdy [Daily Dose, July 31] award for broadcasting.

He launched a private wine label, The Calling, in 2009 and released the first vintage in 2012. The wine’s name is in reference to Nantz’ calling of the Masters tournament. Nantz coined the phrase, “a tradition unlike any other” while calling the Masters and the tournament and Augusta National filed two trademarks for the phrase in 2014. For more, click on the link below: 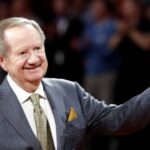 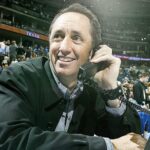