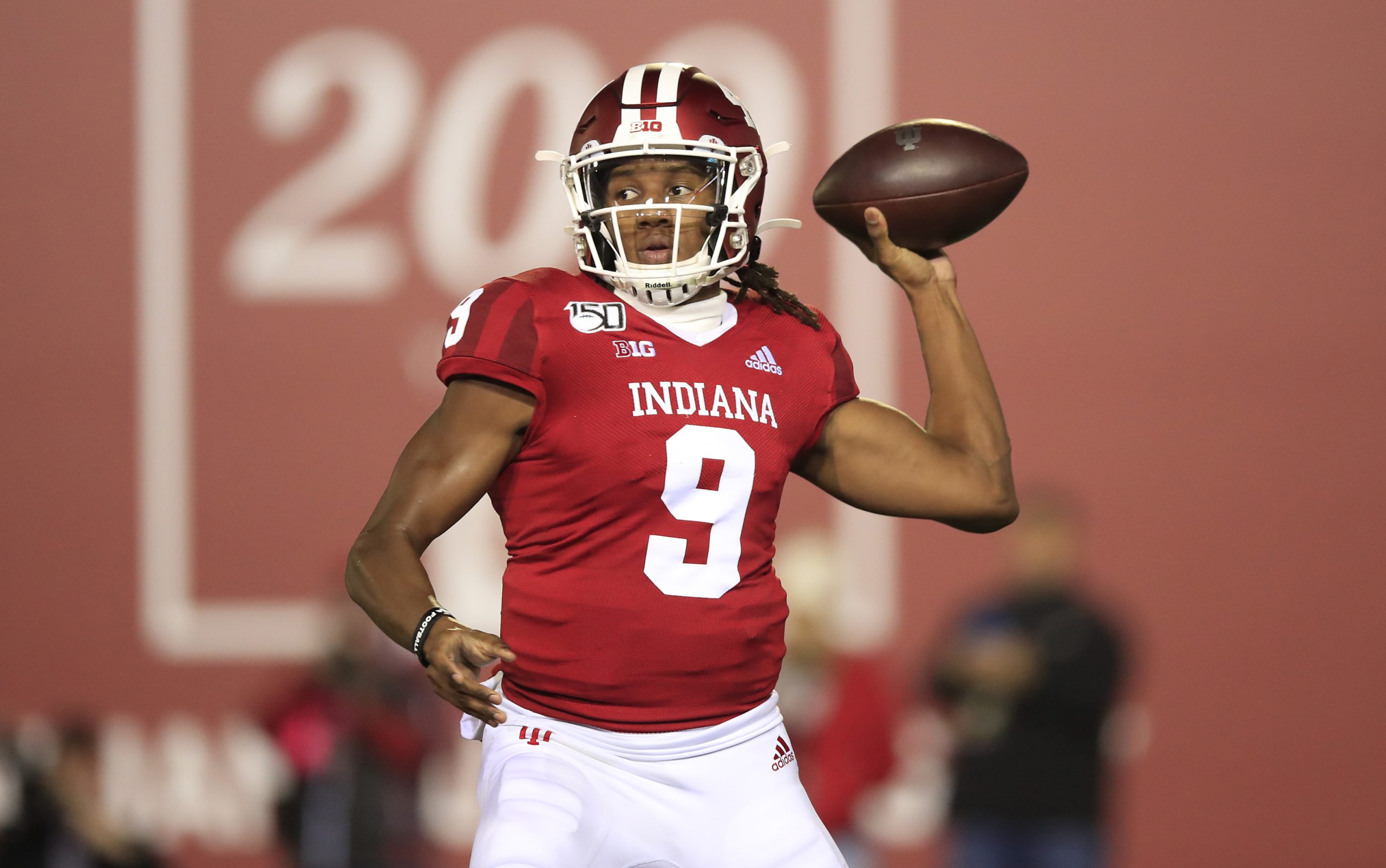 The Indiana Hoosier football program has the dubious distinction of having the most losses in NCAA history.

Indiana University is one of America’s premiere institutions.  Founded in 1820, Indiana is a “Public Ivy” university known for innovation, creativity, and academic freedom.  IU offers several of the top-ranked programs in the nation, including its Schools of Business, Nuclear Physics, Public Affairs, Environmental Policy & Management, and Music.  According to a 2017 Forbes survey, more Fortune 500 and S&P 500 CEOs had graduated from Indiana than any public university in the U.S.

IU has a rich and proud tradition in athletics.  The Hoosiers have won 24 NCAA national championships.  With eight national titles and counting, the men’s soccer program is tops in the nation.  The men’s swim team won a record six-straight national championships while the men’s basketball team has captured five NCAA crowns, and the 1976 squad was the last NCAA basketball team to accomplish an undefeated season.  What’s more, IU has earned 178 Big Ten regular season championships and Hoosier student-athletes have won 141 NCAA individual titles.

But Indiana University leads the nation in football futility.

IU began playing tackle football in 1887 but didn’t win a game until its fourth season, in 1891.  Playing as an independent, Indiana went 30-27-7 in its first dozen seasons, then joined the Western Conference [later renamed the Big Ten] in 1900.  In the 120 years since [through the 2018 season], IU has gone 479-672-44.  Indiana has enjoyed only 14 winning seasons in the Big Ten, with the last coming in 1993.  No NCAA Division I program has lost more football games.  The school has just one undefeated season and one outright Big Ten title, in 1945, when Bo McMillan guided the Cream and Crimson to a record of 9-0-1.

Indiana has gone winless in conference play 22 times since joining the Western Conference in 1900.

The Hoosiers captured a share of the Big Ten title in 1967, sending them to their lone Rose Bowl appearance, a 14-3 loss to USC.  IU has played in 11 bowl games, winning three.  The program has produced six College Football Hall of Famers, including Pete Pihos, the only Hoosier who is also a member of the Pro Football Hall of Fame.  Seven Hoosiers have been named consensus All-Americans.

Six Indiana players have been awarded the Chicago Tribune Silver Football as Big Ten MVP.  Running back Anthony Thompson won it in 1988 and 1989, one of four players in conference history to win the award twice.  Thompson, who lost the 1989 Heisman Trophy vote to Andre Ware in what many consider the crime of the century after shattering the NCAA career touchdowns record as a senior, was named National Player of the Year while also garnering Maxwell and Walter Camp honors in 1989.  Thompson landed in the College Football Hall of Fame in 2007.

Indiana has had 29 head coaches in 132 seasons of football.  Only six have had winning records.  The first three coaches in school history won one game between them.  Three Hoosier headmen never won a single game, while three others won only one.  The heyday of Indiana football came around the turn of the 20th century.  Between 1896 and 1910, the Hoosiers enjoyed 11 winning seasons in 15 campaigns while compiling an overall mark of 72-39-8.  In the subsequent century-and-a-decade, the Big Red have posted only 13 winning seasons in conference play.

From their inaugural contest in 1887 until 1924, IU played home games at Jordan Field, which now serves as a parking lot for the Indiana Memorial Union.  Centrally-located Tenth Street Stadium housed the Hoosiers from 1925 to 1959.  During those final nine years, the venerable venue also played host to the Little 500 bicycle race and served as the backdrop for the epic 1979 film, Breaking Away.  In 1960, the Big Red moved to sparkling new Memorial Stadium – their current home — and promptly went 1-8.

In 1900, Indiana University became the eighth member of the Big Ten Conference.  For most of its existence, the league fielded ten teams [Penn State joined in 1993, Nebraska followed in 2011, then the conference foolishly added Maryland and Rutgers in 2014].  Excluding the two newcomers, IU has a losing record against every member of the Big Ten and is the only school with that sad distinction.

A charter member of the Big Ten, the University of Chicago abolished its football program in 1939 and withdrew from the league in 1946.  Before abandoning their shoulder pads and helmets, the Maroons compiled an overall record of 20-4-1 over Indiana.  Northwestern has the second-worst football program of all time.  From 1976 to 1981, NU went 3-63.  During that stretch, the Wildcats went through three head coaches, set a still-standing D-1 record for the longest losing streak and failed to win a conference game for four straight years.  Synonymous with futility, the ‘Cats own a 47-34-1 series lead over IU.  Even lowly Illinois – one of the most beleaguered programs in the nation – holds a 45-24-2 all-time edge against IU.

Bill Mallory is IU’s all-time winningest coach, going 69-77-3 in 13 seasons in Bloomington.  A two-time Big Ten Coach of the Year, Mallory took the Hoosiers to six bowl games in eight years between 1986 and 1993.  Indiana has not had a coach post a career mark above .400 since the Mallory era ended in 1996.

The last IU coach to put together a winning lifetime record was Bo McMillin, who compiled a .561 winning percentage in 14 seasons between 1934 and 1947. In addition to leading the Hoosiers to the best campaign in school history, McMillin led IU to eight winning seasons while amassing an overall mark of 63-48-11 in Bloomington.  Indiana hasn’t had a winning leader since Coach McMillin left to lead the NFL’s Detroit Lions over seven decades ago.

In more than a dozen decades of football, Indiana has produced seven consensus All-Americans.  In contrast, the University of Alabama has produced eight since 2013.

How did Indiana University become the worst program in Division I football history?  In a word: apathy.  From the Board of Trustees to the athletic director, from the faculty and students to the fine folks of the Hoosier State, Indiana football is an afterthought.  There is zero emphasis on gridiron excellence, leaving the program mired in mediocrity.  IU football operates by the adage, “nothing ventured, nothing gained.”

A drinking school with a football problem, Indiana fans pride themselves on never having lost a tailgate.  On a good day, 52,656-seat Memorial Stadium is three-quarters full at kickoff.  By the start of the second half, you could shoot a cannon through the place and not hit anybody.

The Indiana University Sports Hall of Fame includes some of the greatest athletes and coaches in collegiate history.  Olympic legends Mark Spitz, Gary Hall and Milt Campbell have been inducted.  Bob Knight, Isiah Thomas, Quinn Bucker and Scott May are also included.  In 2010, IU enshrined former football coach Lee Corso.  One of the biggest buffoons ever to roam the sidelines, Corso went 27-53-2 in conference play during his dismal decade in Bloomington.  In his first three campaigns, the current Game Day clown went 2-9, 1-10, and 2-8-1.  Corso was dismissed in 1982 with a .382 winning percentage.  At Indiana, is seems those are hall of fame credentials.

The history of Indiana football is at once both floundering and painful.  As a proud IU alum and former season ticket holder, I suffer each autumn.  My time in Bloomington was bookended by gridiron incompetence.  As a freshman, I sat in Memorial Stadium on a rainy Saturday in September 1978 and watched Nebraska rack up 613 yards, gain 32 first downs, and score 69 points – all records.  Unfortunately, so did most of America, as the game was broadcast nationally by the great Keith Jackson and ABC.  In my senior year, top-ranked USC visited Bloomington for a Week Two matchup.  In a year that saw Marcus Allen become the first player in NCAA history to rush for over 2,000 yards in a season en route to the 1981 Heisman, the Trojan halfback gashed the Hoosiers for a then-record 274 yards – while sitting out much of the second half.

On this date in 2011, Indiana lost to Ohio State 34-20 in Columbus.  It was the Hoosiers sixth straight conference loss in a season that would see them go 0-8 in the Big Ten. 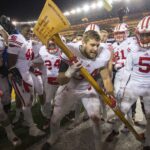 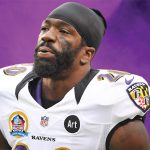 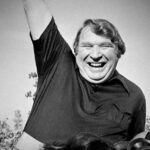 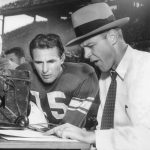 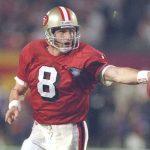 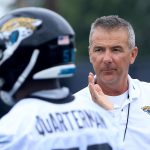 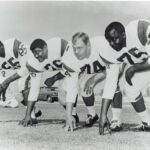 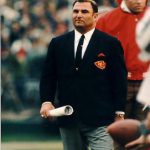