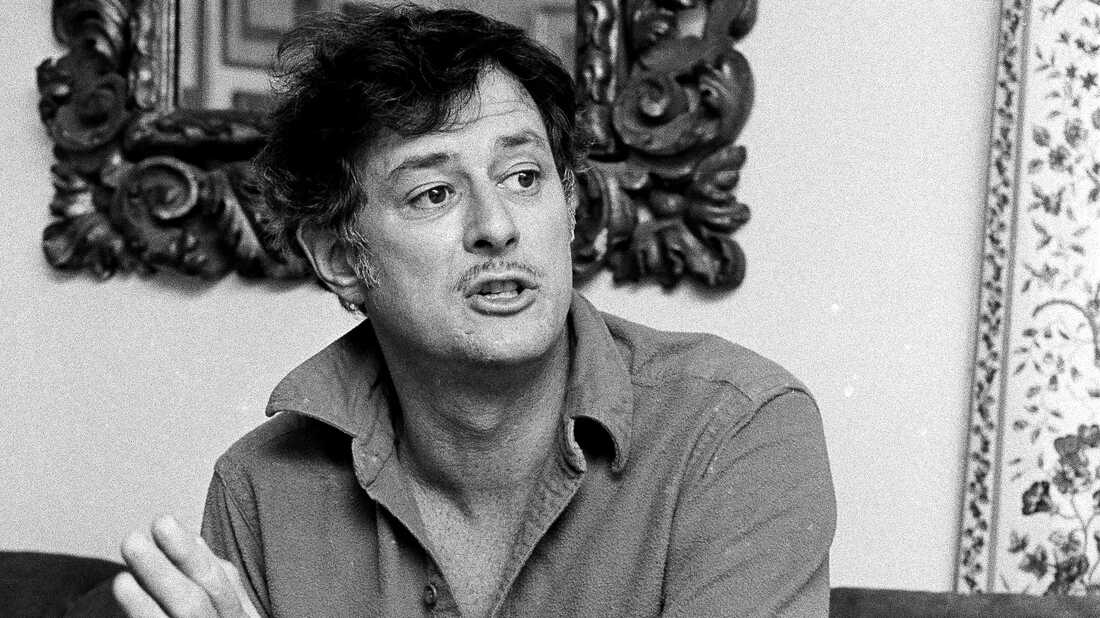 Happy 77th birthday to one of the greatest writers in the history of sports journalism.

Benjamin Franklin Deford III was born on this date in 1938 in Baltimore, Maryland. He is the oldest of three sons who has been a self-described “natural writer” since he was eight years old. Deford attended Calvert Primary School, located just north of Johns Hopkins University in Baltimore’s Tuscany-Canterbury neighborhood and won a national short story contest at 13. He attended Gilman School, a private boys prep high school in suburban Roland Park and the first country day school in the United States. Deford was a star basketball player at Gilman– once scoring a school-record 33 points in a game—and led the Greyhounds to Maryland Scholastic Association title. He followed his grandfather [Class of 1895] and father [Class of 1926] to Princeton University, where the 6’4” Deford played on the Tigers basketball practice squad and spent hours as editor of the school newspaper, the Daily Princetonian as well as a campus humor magazine called the Tiger. Deford was overmatched on the Ivy League basketball floor, prompting Princeton basketball coach Franklin “Cappy” Cappon to quip, “Deford, you write better basketball than you play.” Princeton expelled him for one year after Deford was caught with a female in his dorm room. He spent six months in the military, returned to Princeton and graduated with an A.B. degree in History and Sociology in 1962.

Frank Deford persuaded his father, who managed a small manufacturing company in Baltimore, to order a subscription after Sports Illustrated made its debut on August 16, 1954. He had always appreciated the quality of the magazine’s writing and did not hesitate to accept a job fresh out of college as a fact-checking researcher. Deford found the work tedious and joined a staff that listed a full-time equestrian writer but no regular basketball beat man, so he grabbed it and made Princeton star Bill Bradley [Daily Dose, July 28] the subject of one of his early profiles. “The Kid” was earning $7,500 a year as a cub reporter—more than many of the athletes he was writing about—and quickly became regarded as an icon by his peers. Deford’s writing evolved from simply covering games to writing bonus pieces—long, in-depth feature articles that became Sports Illustrated’s identity. Pieces on Bobby Orr [Daily Dose, August 26], Al McGuire and Bob Knight led to GQ magazine labelling him “the greatest sportswriter of all time” and led to his earning six Sportswriter of the Year awards from the National Association of Sportscasters and Sportswriters Hall of Fame. In 1980, Deford became a weekly commentator for NPR. He left SI and NPR nine years later to serve as editor-in-chief of The National, the first daily sports newspaper. The National was praised for its editorial content but suffered circulation problems and folded after 18 months. Deford wrote for Newsweek and Vanity Fair before returning to Sports Illustrated as Senior Contributing Writer. He has been a Senior Correspondent for Real Sports with Bryant Gumbel since its debut in 1995 and has returned to NPR.

Frank Deford hates soccer, loves horse racing and considers Al McGuire and Bob Knight the two most interesting people he has interviewed. His favorite color is purple and favorite athlete is Bill Russell, whom he believes is the best team player of all time. Mr. Deford’s dream was and is to be a successful novelist. He has written nine of them, along with nine other books. He considers Red Smith the finest columnist ever and, in 2012, became the first magazine recipient of the Red Smith Award, given annually for outstanding contributions to sports journalism. The great writer and journalist George Plimpton once remarked of Deford, “I just wish he wouldn’t write so much—and embarrass the rest of us.” Deford has twice been voted Magazine Writer of the Year, won a Peabody Award for best screenplay and has been awarded ten honorary degrees. He won an Emmy in 1988 and the CableACE in 1994, both for writing, and served as chairman of the Cystic Fibrosis Foundation from 1982 to 1999. Mr. Deford currently resides in Westport, Connecticut, an hour’s drive north of Manhattan, with his wife Carol, who is a former New York model.

“Frank Deford with a pen in his hand is like Michael Jordan with a basketball or Tiger Woods with a driver.”– Ross Greenburg, President of HBO Sports