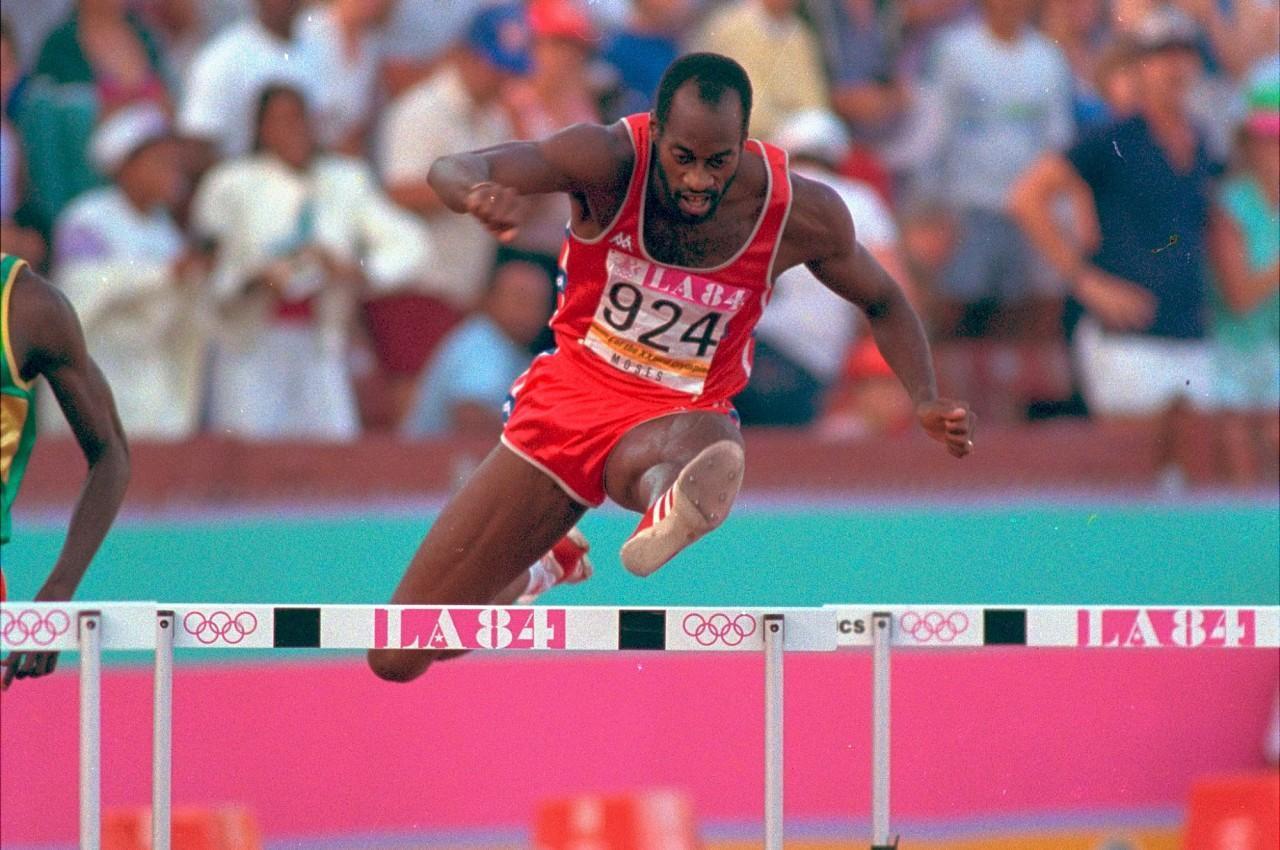 Edwin Moses was the most unbeatable athlete in the history of track and field.

Moses won three Olympic medals, two world championships, three world cups, and set four world records in the 400 meter hurdles. One of the most ruthless athletes in history, Moses wanted to be remembered as the guy nobody could beat. And he was. The “Bionic Man” won 122 consecutive 400 meter hurdles races over nearly a decade, an unprecedented streak of excellence that will likely never be matched. Lithe but powerful, the 6’2”, 180-pound Moses had the ideal body type for hurdling. That, coupled with flawless technique and an iron will, made him the greatest intermediate hurdler of all time.

The men’s 400 meter hurdles is a one lap sprint around an Olympic-sized track. Runners stay in their assigned lanes for the entire race and must clear ten intermediate-sized [36 inches tall] hurdles that are evenly spaced around the track. The event has been on the Olympic program since 1900. At the 1908 London Games, Charles Bacon of the United States captured the gold medal in a world record time of 55.0. Between 1932 and 1953, America’s Glenn Hardin broke the world record three times and was the record holder for over 21 years. Edwin Moses set his first record in 1976 and improved on it three times. He held the world mark from 1976 until 1992, when it was beaten by the current world record holder, Kevin Young, with a time of 46.78 at the 1992 Barcelona Olympics. The event is one of the most grueling in track and field, as it is a long sprint that requires speed, agility, explosiveness and stamina.

Born August 31, 1955, in Dayton, Ohio, Edwin Corely Moses was the second of three sons born to parents who were educators. He attended Fairview High School – alma mater of baseball hall of famer Mike Schmidt – where he was cut from the basketball team and kicked off the football team for fighting. A science nerd who would rather dissect frogs or build rockets than play sports, Moses turned to track and gymnastics, later admitting, “I had no ambitions to be an Olympic track star or any kind of athlete.” He accepted an academic scholarship to Morehouse College, a traditionally all-Black college in Atlanta that includes Dr. Martin Luther King and Spike Lee as alumni. Morehouse had a track team but no track, so Moses trained at high school tracks around Atlanta. He initially competed for Morehouse in the 110 meter high hurdles and 4 x 100 meter relays. As a sophomore, Moses began to focus on the 400 meter hurdles, competing in the event for the first time in the spring of 1976. In June, he won the men’s 400 meter final at the U.S. Olympic Trials at Oregon’s Hayward Field. One month later, he was competing in the Olympics.

Moses made his international track debut at the 1976 Montreal Olympics, where he blazed to the gold medal in a world record time of 47.63. The 20-year-old Moses, who had only taken up the event a few months earlier, won the final by eight meters, the largest winning margin in Olympic history. Afterward, he said his only major regret was that training for the Olympics had interfered with his studies, as the physics major [who graduated Morehouse with a B.S. degree in 1978] saw his GPA dip to 3.57. After breaking his own world record in June 1977, Moses lost to West Germany’s Harald Schmid at a meet in Berlin August 26, 1977. The following week, Moses beat Schmid by 15 meters at a meet in Dusseldorf to begin one of the most impressive win streaks in sports history, as the Bionic Man would not lose another race in nearly ten years.

Edwin Moses gobbled up every title track and field had to offer, winning three World Cup and two World Championship titles in the 400 meter hurdles. In July 1980, he lowered his own world record to 47.13. On his 28th birthday in 1983, Moses bettered the world mark again, running 47.02 at a meet in Germany. The record stood for nine years. He was named 1980 Athlete of the Year by Track & Field News and received the 1983 Sullivan Award. In 1984, he became just the second man to successfully defend the Olympic title in the 400 meter hurdles and was named ABC’s Wide World of Sports Athlete of the Year while also sharing Sports Illustrated Sportsman of the Year honors with American gymnast Mary Lou Retton.

In June 1987, Moses lost to Danny Harris of the United States by one-tenth of a second at a race in Madrid. It was his first loss since August 1977, a span of nine years, nine months, and nine days. After losing to Harris, Moses won his next ten in a row, including capturing a second World Championship over Harris in August 1987 in Rome. It was one of the great races of the century, with Harald Schmid finished third.

The 400 meter intermediate hurdle race requires athletes to clear ten hurdles, each three feet high, spaced 40 meters apart. With a nine foot, nine inch stride, Edwin Moses was a track-eater. He made the most demanding of events seem ridiculously simple, taking an unprecedented 13 steps between hurdles instead of the usual 14. Moses made winning look easy, saying, “My slow is faster than most athletes’ fast.” Moses was a formidable assembly of speed, technique, grace and stamina. From 1976 to 1989, he competed in 156 races and was beaten just six times, a feat which may never be equaled. Moses was the top hurdler in the world across three Olympic Games but only emerged with two gold medals due to the U.S. boycott in 1980. As defending Olympic champion, world record holder, World Cup and World Championship gold medalist, he certainly would have captured gold in Moscow in 1980, giving him three career Olympic titles in the 400 meter hurdles.

After running the fastest 400 meter final of his Olympic career and capturing bronze at the 1988 Seoul Games, Moses moved from the track to the snow, where he pursued bobsledding. Competing in two-man bobsled, he won a bronze medal at a World Cup race in 1990 and finished seventh at the 1991 World Championships. In 1994, he received an MBA from Pepperdine University and was inducted into the USA Track and Field Hall of Fame. After bursting onto the international scene and winning a gold medal in record-setting fashion in 1976, U.S. track coach Leroy Walker said of Moses, “We’re in the presence of an immortal here. Edwin’s a crowd unto himself.” Voted one of the “50 Greatest Athletes of the 20th Century” by ESPN in 1999, Mr. Moses served on the International Olympic Committee and was the first recipient of the Jesse Owens Award, the highest honor bestowed by USA Track and Field.

“An individual sport is basically a gladiator sport. Back in the old days, only one guy would walk out of the arena. In track, it’s basically the same thing.” – Edwin Moses. 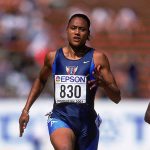 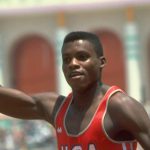