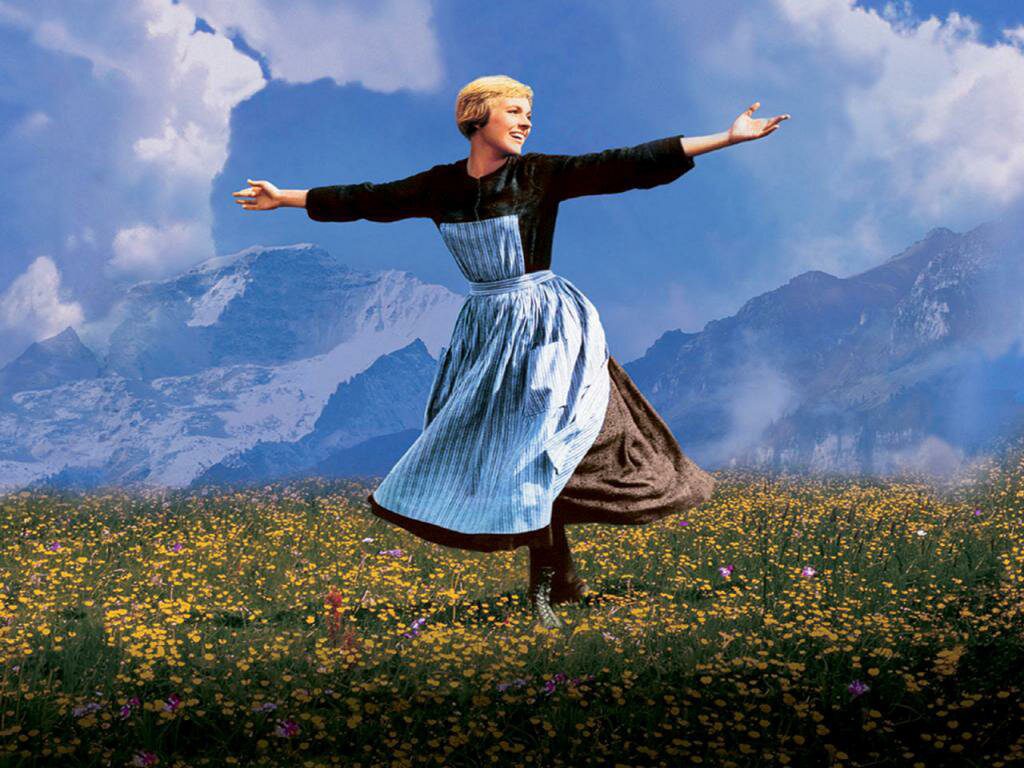 On this date in 2017, we brought you ten of My Favorite Things.  Today we deliver a dozen more. While those are all wonderful, we prefer ours with a little more grit.  Like Coors Banquet beer and rodeo.  Or the olive branch wreath presented to the Boston Marathon winners.   As 2019 draws to a close, I am reflecting on what a wonderful year it has been while contemplating some of My Favorite Things. Hoosiers warm-up pants.  With five national championship banners hanging from the rafters of Assembly Hall, Indiana University maintains several rich basketball traditions.  They include simple jerseys with no names across the back, Martha the Mop Lady, and the playing of the William Tell Overture during the third time-out of every second half, which former analyst Billy Packer called the greatest timeout in college basketball.  But nothing tops IU’s Cream-and-Crimson candy-striped warm-up pants. Swimming at the Olympics.  While both the Summer and Winter Games offer a host of awe-inspiring athletic feats and competitions, the races from the 50-meter pool provide the most spine-tingling thrills the Olympics has to offer. One of the many reasons college football is the best sport of all is its rivalries.  Many of the greatest rivalries include a trophy, and there are some dandies out there.  Notre Dame and USC play for the Jeweled Shillelagh.  Indiana and Purdue compete for the Old Oaken Bucket.  Army, Navy and Air Force battle for the Commander-in-Chief’s Trophy while Washington and Washington State square off for the Apple Cup.  As good as these are, no prize beats the Paul Bunyan Axe, awarded to the winner of the season-ending game between Minnesota and Wisconsin. Cactus League baseball.  Spring training in the desert is delicious on so many levels.  Start with perfect weather.  Then mix in the long history of the Giants, Indians, and Cubs.  Next, add the greatest concentration of professional baseball facilities in the U.S., all in close proximity to one another.  Finish it off with a picnic blanket spread on a grassy hillside beyond the outfield fence, a cold beer, and an afternoon away from work and you have the makings of a very special day.  And this goes on throughout the entire month of March each year. We live in the greatest country in the world.  One of the most powerful and moving symbols of our blessings and freedoms comes in the form of the American flag and our national anthem — The Star-Spangled Banner.  To us, standing silently for our national anthem is mandatory.  More than a duty, it is a right and a privilege to honor our great nation and all who have sacrificed so much to allow America to be the Land of the Free.  You want to stand for something?  Stand for the Anthem. Hockey referees telling us the goal is good.  We love ice hockey.  A fast-paced game, it is played by tough, selfless men who will sacrifice anything for the good of the team.  We also enjoy the officials, especially following a video review of a controversial goal.  Donning striped shirt with orange armbands and black helmet, the head referee comes to center ice and faces both benches as the arena awaits the verdict.  He turns on his microphone and announces, “After reviewing the play, the call on the ice is [the ref then spins 180 degrees, extends his right arm, and points to the scorekeeper]…we have a good goal!”  A goal for the home team sends the crowd into a frenzy, while a goal for the visitors induces silence. Another thing that makes college football the finest sport in the land is mascots.  And our favorites are live animals.  Texas has a longhorn steer named Bevo.  Smokey is the Bluetick Coonhound at Tennessee.  Georgia features an English Bulldog dubbed Uga and LSU houses a fearsome Siberian-Bengal tiger named Mike.  Our favorite live animal mascot is Ralphie, the 1,200-pound buffalo that charges Folsom Field at home games at the University of Colorado. It’s 34 notes in the key of C – no sharps, no flats.  And it produces goosebumps.  On the first Saturday in May, the official bugler at Churchill Downs plays First Call, better known as the “Call to the Post.”  Ten minutes before the start of the Kentucky Derby, bedecked in red jacket, white pants and donning a black riding cap, the bugler plays a 20-second piece of music that signals the start of the Kentucky Derby – the fastest two minutes in sports. In 1936, Louis Meyer drank some milk in Victory Lane after winning the Indianapolis 500 because his mother said it would refresh him on a hot day.  A tradition was born.  In the eight decades since Meyer’s famous chug, winners of the Greatest Spectacle in Racing have downed cold milk from a bottle in Victory Circle following their ride around the Brickyard.  In 1993, Emerson Fittipaldi broke tradition, swigging orange juice, his drink of choice as owner of a 500,000-acre orange grove in his native Brazil.  After boos rained down from the crowd, Fittipaldi quickly came to his senses and chased the juice with milk. Really nothing more than shuffleboard on ice, curling is one of the most unusual sports of the Winter Olympics.  I love the intensity on the thrower’s face as he pushes the 42-pound stone toward the target – called a “house.”  The best part of the game, however, is watching the Sweepers as they brush furiously to warm the ice in front of the stone, reducing friction and helping the rock curl less and move straighter. While wearing full cage facemasks and tinted visors is the norm today, it didn’t used to be that way.  Once upon a time, football players wore a single-bar facemask.  First worn by Cleveland Browns quarterback Otto Graham in 1953 [who sported a clear plastic version], the one-bar was hugely popular –, especially among offensive players.  The single-bar facemask was outlawed in 2004, though players who wore it previously were grandfathered in.  Fittingly, the iconic one-bar made its last appearance on October 7, 2007, when Browns punter Scott Player wore it in his final NFL game.  I’d like to see it come back.