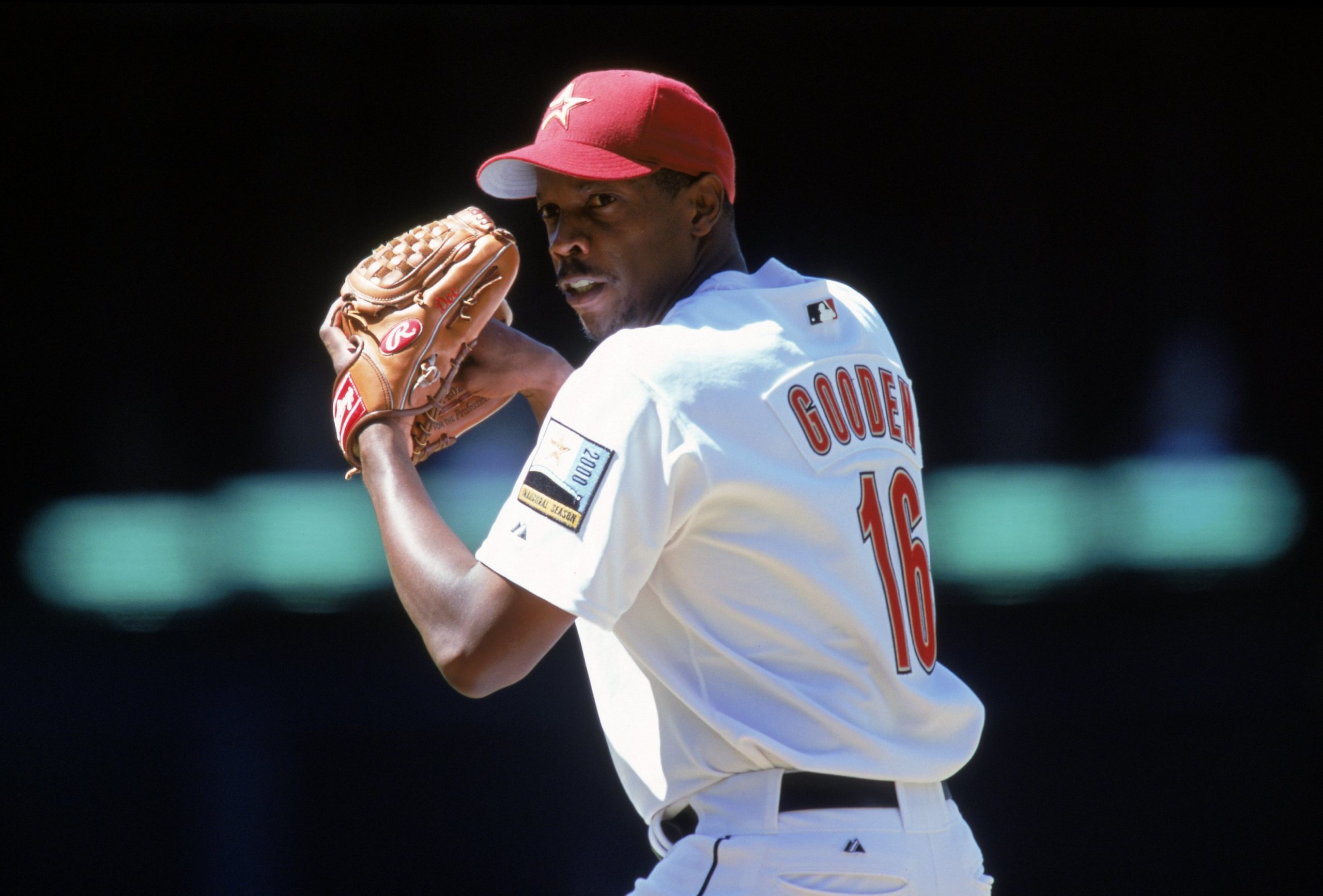 Happy 51st birthday to the youngest player ever to appear in Major League Baseball’s All-Star Game.

Dwight Eugene Gooden was born in Tampa, Florida on this date in 1964. Dwight is one of five children whose father worked in a chemical plant and coached a semi-pro baseball team based in Tampa. Although Gooden spent hours with his father’s baseball team over the summer, he did not try out for his high school team until his junior year. In his senior season at Hillsborough High School, he posted a 7-4 record with 135 strikeouts and his raw power attracted major league scouts from all over the country. His mother wanted him to attend college, but on June 7, 1982, Gooden was selected by the New York Mets with the fifth pick in the first round of the 1982 MLB Amateur Draft. Three days later, he signed a one-year, $ 40,000 contract and was off to Kingsport, Tennessee, to play in the rookie Appalachian League. Gooden made the league’s All-Star team at midseason and was shipped to Little Falls, New York, to finish the year in Class A. In 1983, he was promoted to Lynchberg Mets in the high A Carolina League, where the 18-year-old Gooden went 19-4 with a 2.50 ERA and 300 strikeouts in 27 games. Davey Johnson was promoted from managing the Mets’ AAA team in Tidewater to piloting the big league club prior to the 1984 season and one of his first orders of business was convincing General Manager Frank Cashen to let Dwight Gooden pitch in the major leagues instead of Tidewater, where Cashen thought he should play. Johnson got his way, and Gooden made his major league debut on April 7, 1984, throwing five innings and getting the win over the Houston Astros. Gooden featured two pitches—an overpowering fastball and curveball that was so spectacular that it was nicknamed “Lord Charles,” as opposed to the more commonly used “Uncle Charlie.” In July of 1984, the 6’2”, 190 pound flamethrower became the youngest player, at age 19, to appear in an All-Star Game. He took the mound in the 5th inning and promptly struck out the side in one of the most dramatic performances in the history of the Mid-Season Classic. Gooden won eight of his last nine starts—including 41 strikeouts with one walk in the final three–and was the ace of the Mets’ staff, going 17-9 with a 2.60 ERA in 31 starts while leading the team to a 90-72 record and second-place finish in the NL East. He was named NL Rookie of the Year, finished second in the NL Cy Young Award voting and the legend of “Doctor K” was born.

“Doc” Gooden put on one of the greatest pitching performances in baseball history in 1985, going 24-4 with 268 strikeouts and amassing a 1.53 ERA—second only to Bob Gibson’s 1.12 in 1968. Gooden pitched 16 complete games, earned pitching’s Triple Crown [wins, strikeouts, ERA] and had streaks of 31 and 49 consecutive scoreless innings. In September, he allowed no runs in back-to-back complete games but received no-decisions in both. Gooden won the Cy Young and Pitcher of the Year Awards in 1985 and, at 20 years old, became the youngest-ever recipient of those prestigious prizes. The following year, Gooden became the youngest pitcher to start an All-Star Game. He went 17-6 in that 1986 season and recorded 200 strikeouts while leading the Mets to their first World Series title since 1969. He no-showed the team victory parade—a sign of things to come. Gooden tried cocaine after the 1986 season and was arrested that winter. He tested positive for cocaine during spring training in 1987 and entered rehab before returning to win 15 games. He went 18-9 the following year before blowing a lead in Game 4 of the NLCS, which the Los Angeles Dodgers would go on to win. Gooden went 66-50 between 1989 and 1994, leading to his release from the Mets. He signed with the New York Yankees prior to the 1996 season and pitched the 14th no-hitter in franchise history on May 14, blanking the Seattle Mariners 2-0 at Yankee Stadium. He played for the Yankees the following year and had stints in Cleveland, Houston and Tampa Bay before retiring after being cut by the Yankees in spring training in 2001.

Dwight Gooden was the greatest pitcher in baseball—and one of the best of all time—from August of 1984 to May of 1986. In 50 starts, he amassed a record of 37-5 with a 1.38 ERA, 412 strikeouts and 90 walks in 406 innings. He was an All-Star four times and won three World Series championships. Injuries and drug use reduced his effectiveness and he endured a litany of legal issues during and after his playing days. “Doc” was inducted into the New York Mets Hall of Fame in 2010, along with former teammate Daryl Strawberry, Frank Cashen and Davey Johnson.