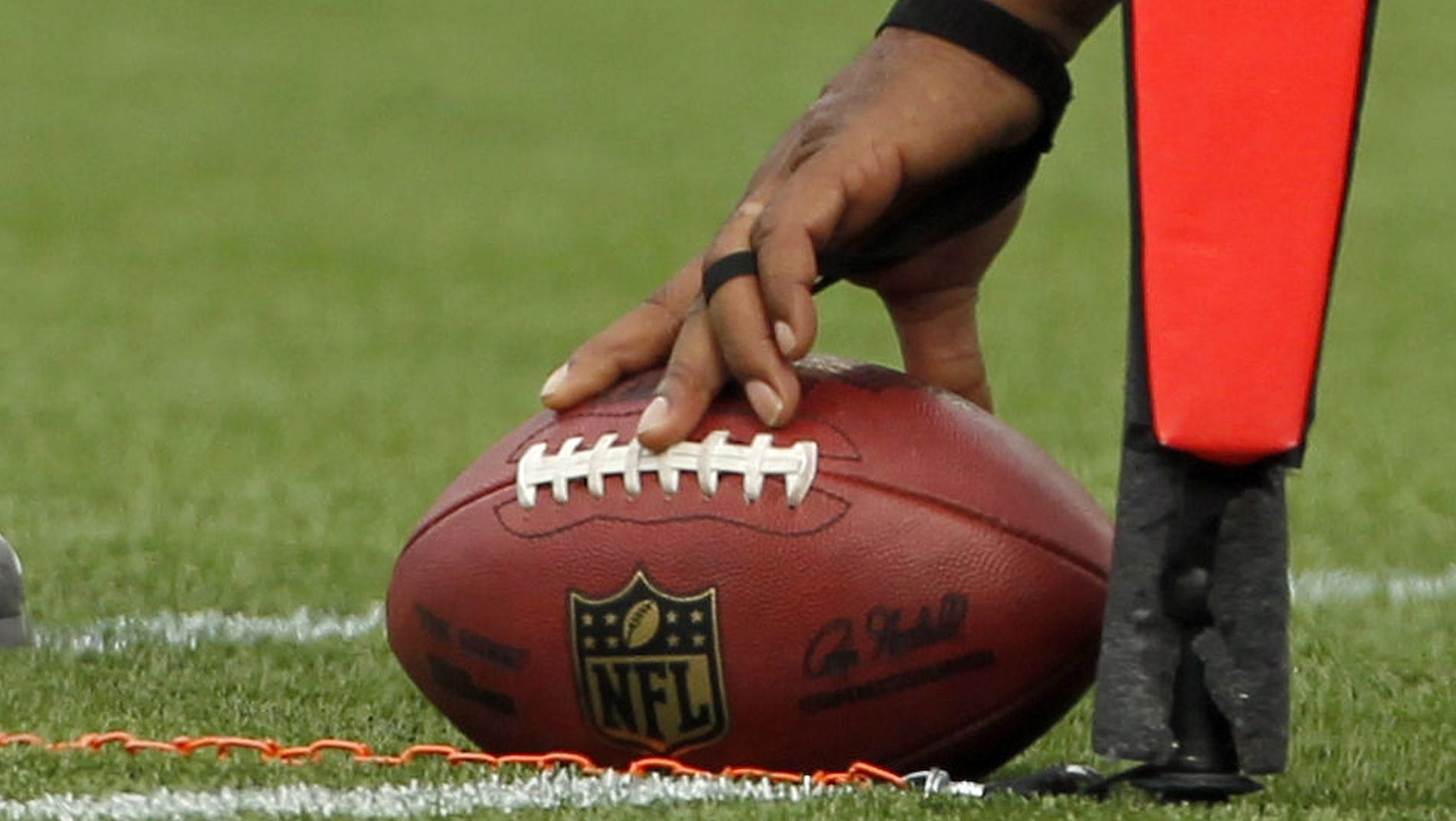 The yellow first down line is one of the most significant technological innovations in the history of sports television.

On September 27, 1998, the Baltimore Ravens met the Cincinnati Bengals in a Sunday Night Football game on ESPN.  While the Week 4 matchup was unremarkable, the evening marked the debut of the 1st & Ten Line – the ubiquitous yellow stripe that has become a staple of the football viewing experience.

A production enhancement that would forever change the way folks watch football, the yellow first down line allows fans to easily identify precisely how far the offensive team has to go for a first down.  “The line is symbolic of how technology has revolutionized the ease of being a fan,” says “Sunday” Steve Zabilski, who has been watching football for more than five decades.  “It makes the game so much easier to follow.  Now even my wife and daughters enjoy watching games with me.”

The idea of creating an on-field marker to show first down distances was conceived and patented by David Crain in 1978.  He presented the concept to Roone Arledge of ABC Sports, who rejected the idea — believing the broadcast industry was not ready to embrace Crain’s invention.  Two decades later, the yellow first down line became a fixture of televised football.

The first down line emerged from the ashes of a sports broadcasting debacle: the “glowing puck.”  In 1994, Fox Sports had just acquired the rights to the NHL and was seeking to attract new viewers to hockey.  The result was FoxTrax, a technology that put a little blue halo around the puck to make it easier to follow.  Hockey purists hated it, and the idea failed to enhance the game for novice viewers in any way.

In January 1998, Bill Squadron and Stan Honey left their jobs at News Corp, which owned Fox, to launch Sportvision, a startup aimed at using technology to improve the sports-viewing experience for fans watching on television.  The mastermind behind the glowing puck technology, Honey soon conceptualized the idea of inserting a virtual line on a football field to show viewers the line to gain:  the location the offense needed to reach for a fresh set of downs.

Seeking to springboard their fledgling enterprise to instant success, Squadron and Honey flew to New York City prior to the 1998 season.  They demoed their technology to all of the NFL broadcasting rights holders.  “We got a lot of positive reinforcement,” said Squadron, former Sportvision CEO and now head of Bloomberg Sports, “but there were concerns about the cost.”  ESPN immediately recognized how popular and groundbreaking it could be, weren’t worried about the cost, and committed to partnering with Sportvision. “We knew early on at ESPN that technology could help differentiate our presentation from our competitors,” recalled Jed Drake, ESPN’s then-vice president of production.  “If it could help the viewer understand their sport better, we were all in.”

The NFL also saw the value the technology would provide for fans.  In a meeting with then-NFL commissioner Paul Tagliabue that would determine the future of the 1st & Ten Line with the league, Sportvision executives were nervous.  “We showed him [Tagliabue] the demos and he said, “This is good, this makes sense,” Drake said.  “We all nodded our heads very seriously, then Tagliabue left and closed the door and we all started jumping up and down.”

Sportvision intended to launch the 1st & Ten Line for the season opener, but it was delayed by a technology issue: the line was flickering.  Wanting to unveil a perfect product, ESPN decided to wait until the jitter was fixed.  It took Honey and his team a month to make the corrections before it was ready.  On September 24, 1998 — three days before the Ravens-Bengals game — ESPN held a press conference to announce the introduction of the line that would forever change how football is watched.

“You had to do it all in your head before,” said Shannon Clancy, who has been a football fanatic since her undergraduate days at Notre Dame.  “Now the information is clearly displayed on your television screen.  Can you imagine trying to mark down and distance with your eye now?  I can’t remember the last time I looked at the sideline to spot that orange marker.”

The yellow line is not present on the field and is seen only by the television audience [many younger viewers are surprised when they attend their first live football game and see no yellow line on the field].  The system makes use of a combination of motion sensors mounted on the broadcast cameras to record what they are viewing.  The system also uses match moving computer graphics technology and an enhanced version of chroma key or “green screen” technology.  Originally orange, the decision to make the line yellow belongs to Jed Drake, who selected from a palette of colors provided him by Sportvision.

The mood inside the ESPN production truck was tense throughout the night of September 27, 1998.  After a flawless performance, it became celebratory.  The following day, Drake received a call from the legendary sports television producer Don Ohlmeyer. “What you guys did last night really changes the entire presentation of football.”

It took years before the yellow first down line became the standard in college and pro football telecasts.  As a cost-cutting measure, Fox eliminated the line for its NFL telecasts during the 2001 season.  Following an outcry from fans and, after getting a sponsor [Intel] to cover the cost, Fox brought the yellow line back one month into the season.

The early version of the 1st & Ten Line cost the broadcaster $ 25,000 per game and the production required a 48-foot truck.  The operation necessitated five racks of equipment and a team of engineers.  Today, painting the yellow line requires four SGI computers, one PC, and three special computers used in conjunction with the cameras that measure pan, tilt and zoom.  Along with high definition and instant replay, the first down line – which earned ESPN an Emmy in sports broadcasting – is one of the most important advances in the annals of sports television.

Stan Honey is a member of the Sports Broadcasting, National Inventors and National Sailing halls of fame.  In addition to birthing the 1st & Ten Line, he is the genius behind other pioneering technologies.  Honey has overseen the development of two MLB staples.  K – Zone is the virtual strike zone used by ESPN in their baseball telecasts, while PITCHf/x tracks the speeds and trajectories of pitches.  Honey’s team developed the tracer used to track the flight of golf balls on PGA telecasts as well as the virtual pointers used in NASCAR.  His work with LiveLine – a technology that provided course markers for the 2012 America’s Cup — earned Mr. Honey his third career Emmy Award. “No one has had a greater impact on sports broadcasting through technological advancement,” said Drake.  “His work in baseball, golf, sailing, and auto racing has fundamentally changed the coverage of those sports.”

In October 2016, Sportvision – and its more than 70 patents for technical innovations — was purchased by industry powerhouse SMT [formerly SportsMEDIA Technology].  Financial terms were not disclosed.