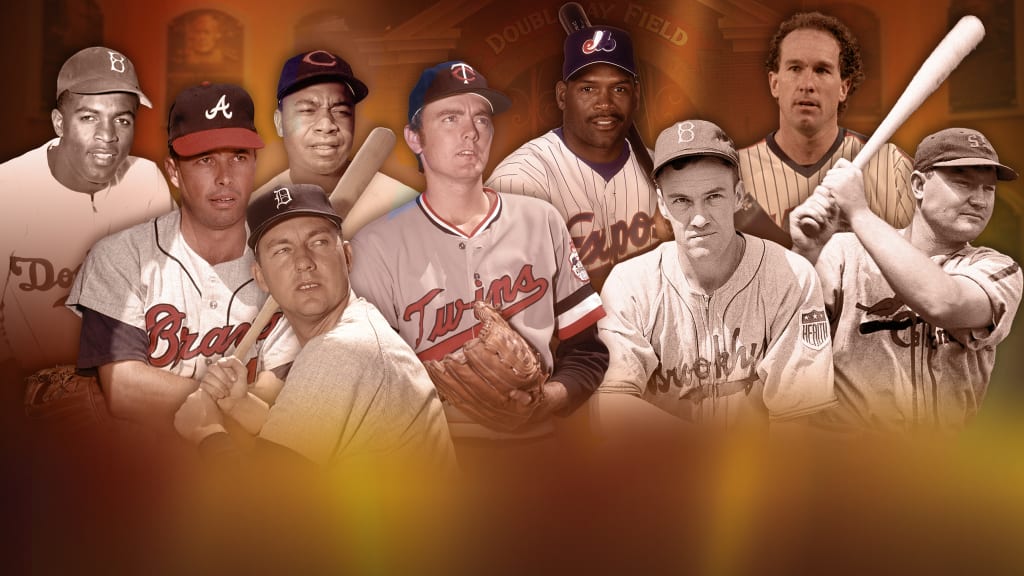 Today we examine the careers of ten baseball players who never fully got their due.  Some are Hall of Famers, others should be.  Here are some of the most underrated – and underappreciated – players in Major League Baseball history.

Edgar Martinez won two batting titles, has a .312 lifetime batting average and belted 309 career home runs.  A seven-time All-Star who won five Silver Slugger Awards, Papi is one of only nine players with over 300 homers, 500 doubles, a career batting average above .300, OBP of .400 and career slugging average of .500 or better.

Lefty Grove won 20 games or more seven years in a row.  In 1931, he won 31 games and won the first of two career American League MVP awards.  Grove led the league in ERA nine times, had a career record of 300-141 and threw 298 complete games, 35 of them shutouts.  The southpaw led the AL in strikeouts in each of his first seven big league seasons.

Ralph Kiner won seven home run titles, twice hitting over 50 in a season.  He led the league in slugging three times and RBI and OBP once each.  The first major leaguer to hit home runs in four straight at bats on two separate occasions, Kiner finished in the top ten in MVP voting five times.  Back problems forced his premature retirement at 32.

Ever heard of Harry Heilmann?  All he did was win four batting titles and drive in more than 100 runs in seven straight seasons.  Slug collected 2,660 career hits and 1,539 RBI.  In 17 MLB seasons, he hit over .390 three times and once topped .400 before retiring with a career batting average of .342.

Playing in an era with Derek Jeter, Miguel Tejada and Nomar Garciaparra, Omar Vizquel was the best defensive shortstop in baseball.  He won 11 Gold Gloves, including nine straight from 1993 to 2001.  Little O retired with a fielding percentage of .985, tied for best of all time among shortstops.  Not just a great glove, Vizquel batted over .290 in five seasons and retired with the third-most hits of any shortstop in history, behind Jeter and Honus Wagner.

Bobby Doerr was a nine-time All-Star who drove in more than 100 runs six times.  Doerr batted over .300 three times and was one of the top second baseman of his era.  The man who Ted Williams called “the silent captain of the Red Sox” led AL second-baseman in double plays five times, led the circuit in putouts and fielding percentage four times, and was tops in assists in three seasons.

Frank Robinson belted 38 homers in 1956 to run away with NL Rookie of the Year honors.  The only player to win an MVP Award in both leagues, Robby was truly one of the all-time greats.  He won the Triple Crown, was a two-time World Series champion, and earned a Gold Glove.  A 14-time All-Star, Robinson was the first black manager in MLB history and is the honorary President of the American League.

Despite appearing in seven All-Star Games, Dom DiMaggio wasn’t even the best centerfielder in his family.  That honor went to his brother, Joltin’ Joe, who won three MVPs patrolling center for the Yankees.  A fine all-around player, The Little Professor batted over .300 four times, led the AL in runs twice and in triples and stolen bases once each.  DiMaggio led AL centerfielders in assists three times, and putouts and double plays twice each.  Dom tied a league record by recording 400 putouts in four seasons, and hit in a Boston Red Sox club-record 34 straight games.  In 1950, the youngest DiMaggio brother led the AL in runs, triples and stolen bases while batting .328.

Former baseball commissioner Ford Frick said of Stan Musial, “Here stands baseball’s perfect warrior.  Here stands baseball’s perfect knight.”  Stan the Man was as close to perfection as a ballplayer can get.  He amassed 3,630 hits – 1,815 at home and 1,815 on the road.  Musial drove in 1,951 runs and scored 1,949.  He hit 475 homers, including a major league record five in one day in a 1954 doubleheader.  A humble man who played 22 seasons in the relative anonymity of St. Louis, Musial did not garner the media attention of Joe DiMaggio, Ted Williams, Willie Mays or Mickey Mantle.  All he did was play baseball, winning three World Series, seven batting titles and three NL MVP awards during his brilliant career – all as a Cardinal.

Honorable mention goes to Lou Whitaker, Bert Campaneris, Norm Cash, Jim Edmonds, and Dave Concepcion, all of whom were superb ballplayers whose careers flew under the radar.