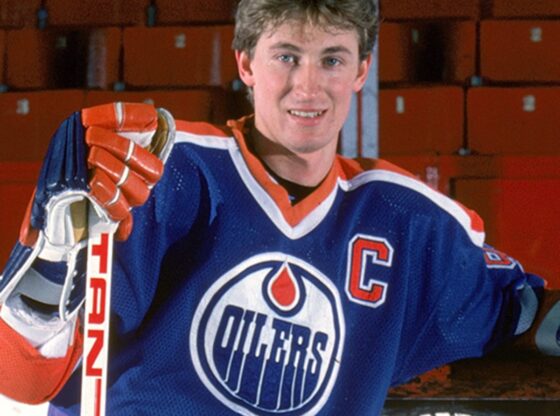 It is said that records are made to be broken.  While that may be true, some are just too great—actually mind-boggling—to ever be touched.

In 20 seasons in the National Hockey League, Wayne Gretzky scored 2,857 career points [goals plus assists].  The only active player with even half of Gretzky’s total is 44-year-old Jaromir Jagr, who has 1,868.  Jagr has averaged 1.147 points per game in his career, meaning he would have to play at least 11 more seasons to catch the Great One.  It’s not going to happen.

Cy Young has two records that are untouchable: 749 complete games and 511 career wins.  Only three pitchers in baseball history have even made 749 starts in their career [Young, Nolan Ryan, Don Sutton].  Relief pitchers appear in nearly every game and no active pitcher has 40 career complete games.  Johnny Cueto led the NL in 2016 with five complete games.  Clayton Kershaw has won three Cy Young Awards in the past six seasons and is arguably the best pitcher of his generation.  Kershaw averages three complete games per season, meaning he would have to pitch for 274 more years to break Young’s complete game record.  Twenty wins in a season is the benchmark for excellence for a starting pitcher.  In 2016, only three pitchers in MLB won 20 games.  The year before, only two hurlers did it.  If a pitcher were to win 20 games a year for 30 years, he will still not reach Cy Young’s 511 career wins.

In 1945, Byron Nelson won 18 of the 31 PGA Tour tournaments he entered, including 11 in a row.  Beginning with a win in Miami in early March, “Lord Byron” won every event over the following four-and-a-half months.  He also finished second in seven tourneys in 1945.  Tiger Woods called Nelson’s performance, “One of the greatest years in the history of the sport.”  Woods is the greatest player of his generation and had the best year of his career in 2000, when he dominated golf and won nine events.  No golfer will ever win 11 in a row again.

The United States collected 239 medals at the 1904 Summer Olympics in St. Louis, including 78 Gold, 82 Silver, and 79 Bronze.  The second-most medals ever won by a country in a single Olympics is 195, achieved by the Soviet Union in the 1980 Moscow Games, which were heavily boycotted.  Had the boycotting nations–particularly the U.S.–participated in Moscow, the Soviet medal count would have greatly reduced.

Cornelius McGillicuddy managed the Philadelphia Athletics for the club’s first 50 seasons of play, making him the longest-serving manager in MLB history.  It is difficult to win 100 games in a big league season.  In 2016, only the Chicago Cubs reached the century mark.  The previous year, the St. Louis Cardinals were the only team to win 100 games or more.  Mack won 3,731 games as skipper of the A’s.  If a manager were to win 100 games a season for 37 years, he would still not catch the man better known as “Connie Mack.”

In 33 years on the NASCAR circuit, Richard Petty won 200 stock car races, nearly twice as many as David Pearson, who is second on the all-time list.  Jimmie Johnson has more wins [79] than any other active NASCAR driver and averages just under five wins per year.  In order to pass Petty, the 41-year-old Johnson would have to race for another 25 years.  Long live “The King.”

Wilt Chamberlain has not played in the NBA in more than four decades but still holds over 70 league records.  Several of his records will never be broken, but the two most unattainable are his 100-point game in 1962 and 50.4 points per game average in 1961.  Of the top ten highest single-game point totals in NBA history, the “Big Dipper” has seven of them.  Kobe Bryant scored 81 points against Toronto in January 2006, the closest anyone has come to Wilt.  In 1986, Michael Jordan averaged 37.1 points per game, the second-best season scoring average in NBA history.  “The Stilt” stands alone.

Joe Sewell struck out only three times in 503 at-bats while playing shortstop for the New York Yankees in 1932.  Sewell played his entire 14-year career with the same bat, a 40-ouncer he nicknamed “Black Betsy.”  Mr. Sewell’s 167.7 at-bats per strikeout is unfathomable–and remains an MLB record.

A basketball player records a triple-double when he or she accumulates double digits in points, rebounds and assists in one game.  NBA legend Michael Jordan did it 28 times in his hall of fame career.  LeBron James has 43 triple doubles–more than any active player—in 13 NBA seasons.  Oscar Robertson recorded 181 triple doubles in his legendary career, 43 more than Magic Johnson, who is second on the all-time list.  In 1961-62, “Big O” averaged a triple-double for the entire season, the only time in league history that has been accomplished.

In 2015, Manny Machado of the Baltimore Orioles was the only player in MLB to play in all 162 regular season games.  The prior year, four players did it.  Only seven players in history have ever played more than 1,000 consecutive games.  Cal Ripken Jr. played in 2,632 straight games in the big leagues, breaking the record [thought to be unbreakable] of Lou Gehrig, the legendary Yankee “Iron Horse.”  Ripken played in 502 more consecutive games than the great Gehrig.  To approach Mr. Ripken’s milestone, a player would have to play in every game of the season for over 16 years.  This one in truly untouchable.

What do you think is the most unbreakable record in sports?