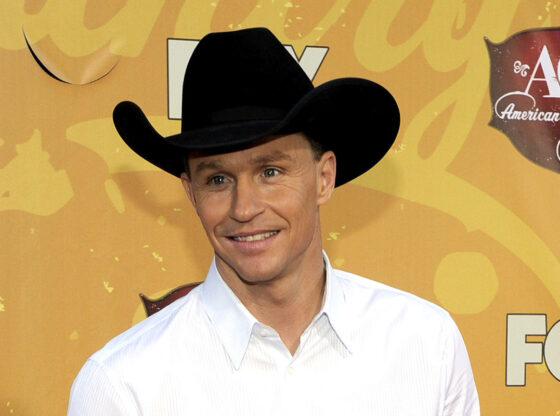 Happy Birthday to the “King of the Cowboys.”

Ty Monroe Murray was born into a rodeo family in Phoenix, Arizona, on this date in 1969.  His mother, Joy, won first place in a national Little Britches Rodeo Association bull riding competition as a young girl and his father, Butch, is a former rodeo hand who owned a business operating starter equipment at horse tracks.  As a toddler, Murray rode calves and practiced bull riding atop his mother’s sewing machine.  By eight, he was helping his father break wild horses.  Murray won his first rodeo while still in grade school.  His fifth-grade teacher asked the class to each write a paper on what they wanted to do in life.  Most boys responded with the usual answers; astronaut, fireman, professional athlete.  Murray’s entire essay read, “I want to break Larry Mahan’s record of six national championships.”  Mahan, who later mentored Murray, had won six National Finals Rodeo [NFR] bull riding championships—more than any cowboy in history.  At 12, Murray used his savings for a mechanical bucking machine.  He learned to ride a unicycle to improve his balance and juggled for coordination.  At 13, Murry went to live with Mahan for the summer, thinking his idol would spend three months teaching him everything there was to know about bull riding.  Instead, instructed him on how to conduct himself in and out of the arena.   Upon his return, Murray enrolled at Deer Valley High School in suburban Glendale, where he joined the gymnastics team to work on increasing his strength and stamina.  Although a superb gymnast, he never competed in a meet, as they conflicted with rodeo competitions.

In rodeo, the All-Around title is awarded to the cowboy who is most successful in two or more events.  It requires excellence in multiple disciplines and reveals the most talented competitor, much like swimming’s Individual Medley [IM] or the All-Around in gymnastics.  In 1989, Ty Murray became the youngest rider [age 20] ever to win a PRCA All-Around championship.  He won the collegiate championship as well, becoming the first and only man in history to pull off the double.  Murray repeated as All-Around world champion in 1990 while becoming the first rodeo cowboy to earn over $ 200,000 in a single season.  Sports Illustrated wrote, “At age 21, Ty Murray is the best danged rodeo cowboy of them all.”  At 23, he became the youngest millionaire in rodeo history.

The right-handed-riding Murray won six consecutive All-Around world championships between 1989 and 1994.  After tearing posterior cruciate ligaments in both knees, he underwent dual reconstructive surgery in 1995.  He returned the following year, only to damage his shoulder six weeks into the 1996 season.  Murray made an astonishing comeback in 1997, then broke a shoulder that laid him up for another year.  In December 1998—after almost three full years off the circuit, he won his seventh All-Around world championship to break Mahan’s record and fulfill his boyhood goal.  Injuries continued to plague Murray, and after damaging his neck during the PBR’’s Bud Light Cup event in Billings, Montana, in April 2002, he officially retired from rodeo competition.  He was inducted into the PBR Ring of Honor at the World Finals later that year.

Ty Murray was the Michael Jordan of rodeo: a larger-than-life figure that conquered his sport’s biggest challenges.  The rough stock disciplines are the sport’s glamour events, and Murray dominated all three with the heart of a champion.  He won nine world championships, including All-Around from 1989 to 1994, Bull Riding in 1993, and both Bull Riding and All-Around in 1998.  Ty Murray won seven All-Around titles, the most in the history of professional rodeo [a record later surpassed by Trevor Brazile].  In 1992, he co-founded Professional Bull Riding [PBR], America’s original extreme sport.  Murray had a one-track mind: to ride rough stock.  “I have loved the cowboy life—everything about it—since the day I was born.  There’s no other feeling like making great rides on great animals on this earth.”

Mr. Murray is a member of the ProRodeo Hall of Fame and currently works as a color analyst for PBR on the CBS Sports Network.  He has a son with singer-songwriter Jewel, whose father had been an Alaska All-Around rodeo champion.  The two were married from 2008 to 2014.  In 2011, Ty Murray was inducted into the Arizona Sports Hall of Fame alongside Curt Schilling, Kerri Strug and Randall McDaniel.

“I just hope that when my name is brought up they’ll remember me as a great cowboy.” –  Ty Murray