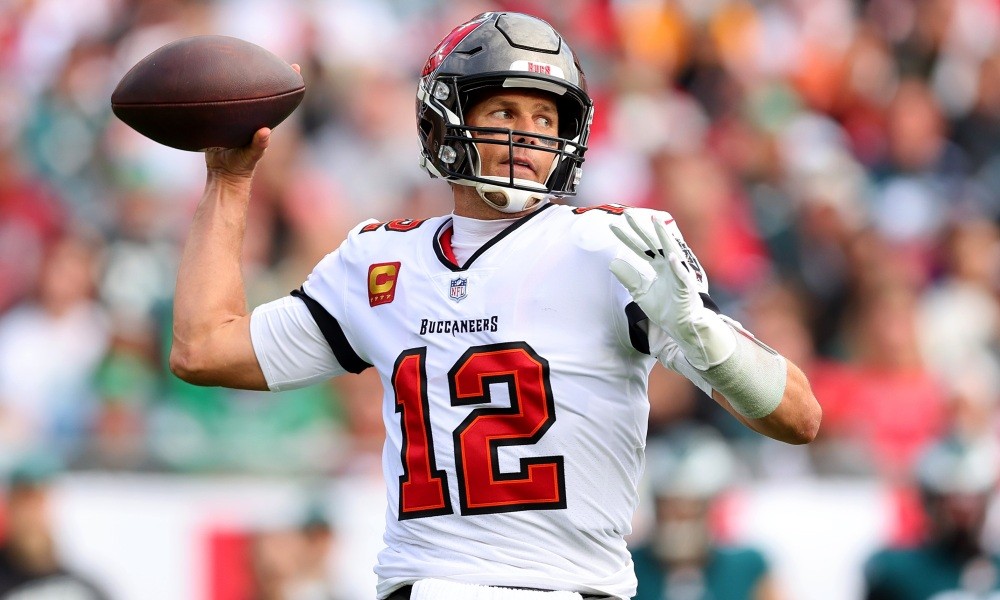 The greatest NFL draft pick of all time celebrates his 38th birthday today.

Thomas Edward Patrick Brady, Jr. was born in San Mateo, California on this date in 1977.  He attended Junipero Serra High School, an all-boys Catholic school of 1,000 students in the East Bay area that also produced Barry Bonds, Jim Fergosi, John Robinson and Lynn Swann.  He played football, basketball and baseball for the Padres and was drafted by the Montreal Expos as a catcher in the 18th round of the 1995 MLB Draft.  Brady chose to play football at Michigan, where he was 20-5 as a starter for the Wolverines and twice led the maize and blue to the Big Ten championship.  He earned All-Big Ten honorable mention following his junior and senior years and directed Michigan to wins in the Citrus [1999] and Orange [2000] Bowls as an upperclassman.

The New England Patriots were so impressed they selected him with pick # 199 in the sixth round and he started his rookie season in 2000 as the fourth string quarterback.  By season’s end, he had moved up to number two on the depth chart behind Drew Bledsoe.  He got a chance to start the following season after Bledsoe went down with an injury in the second game and found his stride quickly, leading the Patriots to the franchises’ first Super Bowl win while becoming the then-youngest quarterback ever to earn the Lombardi Trophy.  He was named to the Pro Bowl following that 2001 season and his career was on its way.  The Pats missed the playoffs the following year but won a second championship in 2003 when Brady, with just over one minute remaining and the score tied, led them to a game winning field goal, the same scenario that had unfolded in 2001.  He made it three titles in four years in 2004 with a win over the Philadelphia Eagles.  The Patriots did not return to the Super Bowl until the 2007 season, one of the best of Brady’s career.  “Tom Terrific” led New England to the first 16-0 regular season record in NFL history [the 1973 Miami Dolphins were 14-0] and he threw for 4,806 yards, 50 touchdowns and only 8 interceptions in what ESPN unanimously voted the greatest passing season of all time. The New York Giants ended New England’s bid for a perfect season with a dramatic win in Super Bowl XLII and, in the 2008 season opener just over seven months later, Brady tore an MCL and ACL in his knee and missed the entire campaign. He was named NFL Comeback Player of the Year the following year and returned to the Super Bowl in 2011 but lost again to the Giants, 21-17.  The Pats earned their sixth trip to the title game last season, beating Seattle for their fourth Lombardi Trophy of the Brady Era, tying him with Joe Montana and Terry Bradshaw for most Super Bowl victories.

Mr. Brady has won three Super Bowl MVP awards, two league MVP awards and has been selected to ten Pro Bowls.  He has led the Patriots to a record twelve division titles, six AFC championships and is the only quarterback to ever lead his team to six Super Bowls.  Heowns seven Super Bowl records, eleven playoff records and has won more playoff games that any quarterback in NFL history.  Brady and Pats head coach Bill Belichick have won 160 regular season games and 21 post season games together, both NFL records.  He holds the NFL record for consecutive passes without an interception [358] and his touchdown-to-interception ration [9:1] is the best in league history.  Tom Brady is under contract with the New England Patriots through the 2017 season.