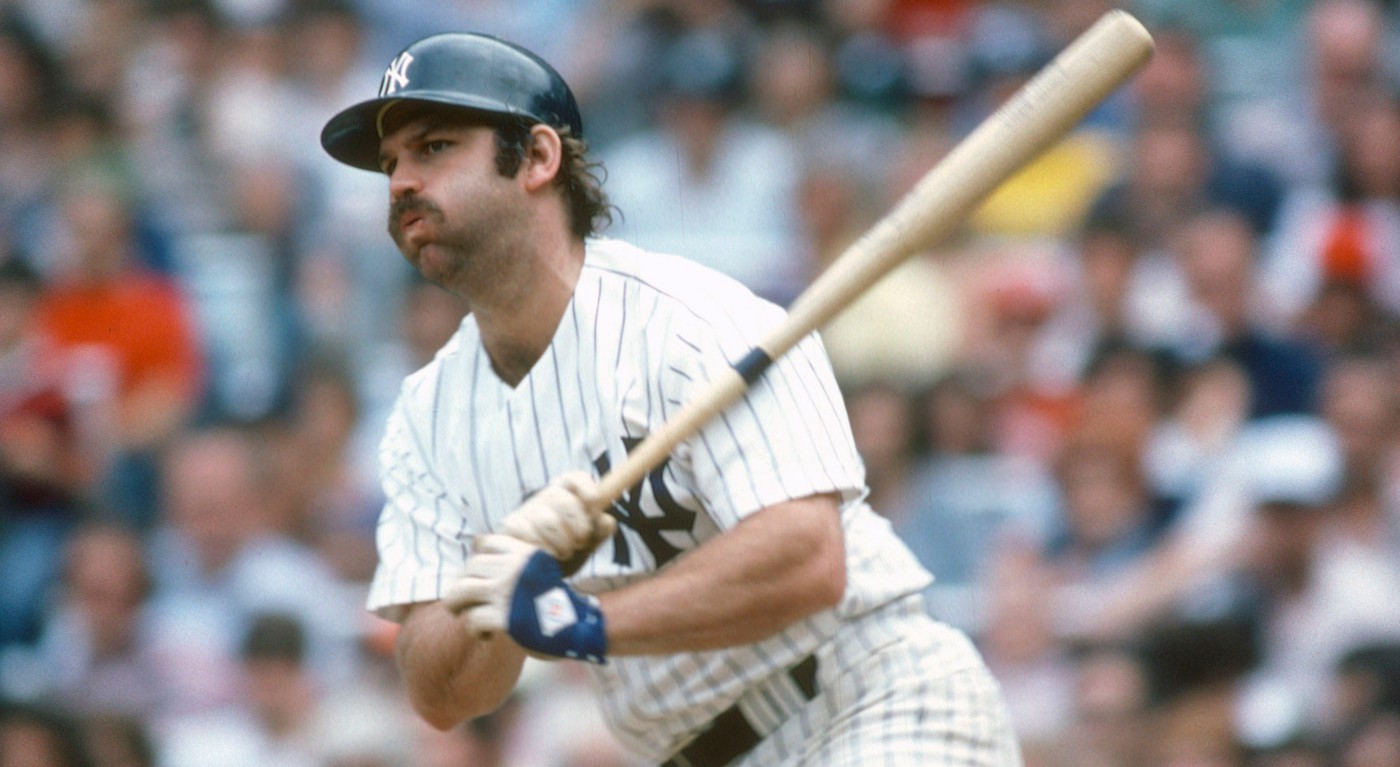 Thurman Lee Munson is the only player in New York Yankee history to win both Rookie of the Year and Most Valuable Player awards.

Munson was a member of the Yankees for 11 years and was one of the greatest catchers of the 1970s.  A natural leader, the gritty Munson was the Yanks’ first named captain since the great Lou Gehrig.  He joined the Yankees in 1968 and became their starting catcher one year later.  A seven-time All-Star and winner of three Gold Gloves, Munson was considered the heart and soul of the Bronx Bombers, restoring Yankee glory in leading them to three straight World Series appearances and back-to-back world championships.  Long-time Yankee manager Billy Martin said, “Thurman was one of the things you could always count on.”  Former Yankees owner George Steinbrenner—“The Boss”– called Munson, “Indispensable and irreplaceable.”

Born June 7, 1946, in Akron, Ohio, Thurman was the youngest of Darrell and Ruth Munson’s four children.  His father was a World War II veteran and truck driver, while his mother was a homemaker.  The family moved to Canton—home of Dan Dierdorf [Daily Dose, 6/29/16] and the Pro Football Hall of Fame—in 1954 and Thurman learned to play baseball with his brother and his friends, who were four years older.  He captained the football, baseball and basketball teams at Lehman High School, where he played halfback, shortstop, and guard, respectively.  As a senior, he moved to catcher on the baseball team and was named All-City and All-State in all three sports.  Munson attended Kent State University, alma mater of Jack Lambert [Daily Dose, 7/8/16] and Gene Steratore [Daily Dose, 11/22/16], where his battery mate was Steve Stone, winner of the 1980 Cy Young Award.  Munson starred for the Golden Flashes, hitting .391 [still a school record] with 11 career triples.

The Cape Cod Summer League is a showcase for college players.  Matt Harvey, Buster Posey, and Jacoby Ellsbury have all played there.  In 2014, 265 Cape Cod alumni played on major league rosters.  In 1967, Thurman Munson led the Chatam A’s to their first CCSL title while hitting a whopping .420.  The Thurman Munson Batting Award is given annually to the Cape Cod league batting champion.

The New York Yankees selected Munson with the fourth overall pick of the 1968 amateur draft, one spot ahead of Bobby Valentine.  After spending the 1968 season with Double A Binghamton and starting the 1969 campaign with Triple A Syracuse, “Tugboat” made his big league debut with the Yankees August 9, 1969.  He collected 22 hits in 26 games and became New York’s starting catcher.  The following season, he hit .302 to win AL Rookie of the Year honors in a landslide.  Munson was named to his first All-Star team in 1971, when future teammate Reggie Jackson famously hit a monstrous home run off a light tower atop the roof at Detroit’s Tiger Stadium.  It was the first of Muson’s seven Midsummer Classic appearances.  In 1976, after hitting .302 and driving in 105 runs, Munson was named AL MVP.  More importantly, he led the Pinstripers to their first World Series since 1964, only to be swept by Cincinnati’s “Big Red Machine” [Daily Dose, 9/23/16].  New York returned to the Series the following year, where they beat the Los Angeles Dodgers to win the 21st world championship in franchise history.  In 1978, the Yanks beat the Dodgers again, claiming their first back-to-back titles since 1961 and ’62.

On August 1, 1979, the Yankees were in fourth place—14 games behind the Baltimore Orioles—after beating the White Sox, 9-1, at Comiskey Park in Chicago.  With no scheduled game for the following day, Munson—who was an avid pilot—decided to fly home to Canton to see his family after the game.  Less than a month earlier, he had purchased a Cessna Citation that was emblazoned with “N15NY” as its’ tail number.  The Yankee captain had been taking flying lessons for just over a year and the Cessna was his fourth plane.  On Thursday, August 2, Munson was practicing takeoffs and landings at the Akron-Canton Regional Airport when his jet clipped a tree and fell short of the runway before bursting into flames.  Munson suffered a broken neck and died of asphyxiation, his career cut tragically short at 32.

The day after his death, the Yankees played the first of a four game set against the Orioles in the Bronx.  In a pregame ceremony, the starters all took their positions, save for the catcher’s box, which remained empty.  Following a prayer, moment of silence and “America, the Beautiful,” the crowd burst into an eight-minute standing ovation.  Jerry Narron, the man who would replace Munson behind the plate that night, did not take the field until Yankee Stadium PA announcer Bob Sheppard [Daily Dose, 10/20/16] said, “And now it is time to play ball.  Thank you, ladies and gentlemen, for your cooperation.”

One of baseball’s most endearing traditions is the New York Yankees Old Timer’s Game.  Unfortunately, Thurman Munson never got to be a Yankee Old Timer.  He played his final game nearly 11 years to the date after his Yankee debut.  New York retired his Number 15 and in September 1980 his plaque was dedicated in Yankee Stadium’s Monument Park.  “The Walrus’” locker at Yankee Stadium remained empty until the venue closed in 2008.  Today, a replica of his locker is on display at the Baseball Hall of Fame in Cooperstown.
On this date in 1970, 23-year-old Thurman Munson was named American League Rookie of the Year.  He received 23 of 24 first place votes to beat out Roy Foster of the Cleveland Indians, who received one vote.

“Our captain and leader has left us, today, tomorrow, this year, next…our endeavors will reflect our love and admiration for him.” – George Steinbrenner, whose words are inscripted onto Munson’s plaque in Monument Park.