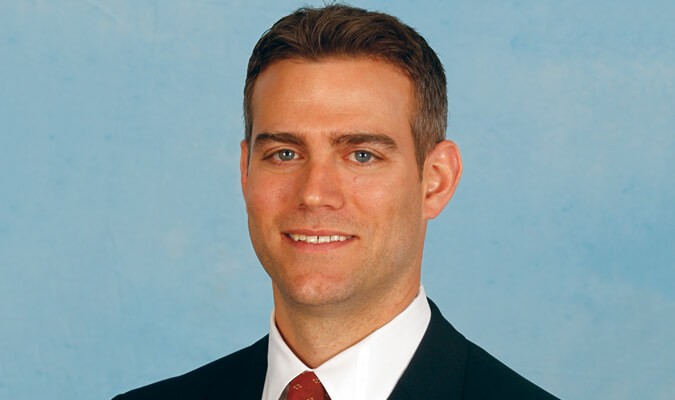 Theo Epstein became the youngest general manager in major league baseball history when the Boston Red Sox hired him 14 years ago this week.  He was 28 years old and, within two years, led Boston to its first World Series victory in 86 years.  In 2007, Epstein was part of a second world championship, prompting Baseball America to name him “Major League Executive of the Year.”  During his time in Boston, Epstein helped the Red Sox win two World Series’ and make the playoffs six times in ten years.  He resigned in October 2011 to become president of baseball operations for the Chicago Cubs, an organization that had not won a world championship since 1908.  The Chicago job was considered by many to be career suicide.  The Cubs were a last-place team with a dilapidated farm system and a history of futility—baseball’s “loveable losers.”  Six seasons later, the Boy Genius helped deliver a world championship to the Windy City.

Born in New York City on this date in 1973, Theo Nathanial was the third of Leslie and Ilene Epstein’s three children.  He is the baby of the family by one minute: Theo’s fraternal twin brother, Paul, is 60 seconds Theo’s elder.  The family moved to Brookline, Massachusetts—birthplace of John F. Kennedy–and Theo grew up in the shadow of Fenway Park.  The Epstein’s’ were a literary family—Leslie is a novelist and served as head of the English department at Boston University, while Theo’s grandfather and great-uncle won Academy Awards for the screenplay of Casablanca.  Epstein attended Brookline High School, alma mater of New England Patriots’ owner Robert Kraft and comedian Conan O’Brien, where he played baseball.  After graduating in 1991, he enrolled at Yale University, where he joined his older sister, Anya.

At Yale, Epstein served as sports editor of the Yale Daily News.  Wanting to work in baseball, he wrote letters to several major league teams.  One of his letters reached Calvin Hill, a Yale alum and former NFL running back who was head of personnel for the Baltimore Orioles.  Epstein was hired as an intern, working for the Orioles for three consecutive summers.  Upon graduating Yale with an American Studies degree, Epstein was hired as the public relations assistant with the Orioles.  When O’s President/CEO Larry Lucchino accepted job with the San Diego Padres, Epstein joined his boss in southern California, where he was made director of player development.  While working for the Padres, he also studied at the University of San Diego where—at Lucchino’s suggestion—he earned a law degree in 1999.  Epstein was soon promoted to the team’s Director of Baseball Operations.

In November 2001, Lucchino became president, CEO, and part owner of the Boston Red Sox and brought Epstein with him.  One year later, Theo Epstein was made general manager becoming, at 28, the youngest GM in baseball history.  After engineering the trade of shortstop Nomar Garciaparra and obtaining Kevin Millar and Curt Schilling, the BoSox broke the “Curse of the Bambino” when they swept the St. Louis Cardinals in the 2004 World Series.  After rejecting a contract extension on Halloween night the following year, he left Fenway Park in a gorilla suit in an attempt to avoid reporters.  Three months later, the team announced Epstein would return as general manager while also becoming executive vice president.  In 2007, the Red Sox swept the Colorado Rockies to win their second World Series title in four years.

Having not only broken the Curse of the Bambino in 2004, Theo Epstein became the envy of the baseball world after the Sox won another World Series three years later.  An Ivy Leaguer and lawyer, he altered the GM model, replacing the previous old boys’ club of ex-players and scouts with a new boys’ club of business school graduates who looked like investment bankers.  Of the 26 general managers hired after Epstein took over the Red Sox, a dozen have Ivy League degrees, while most of the rest attended elite private schools like Notre Dame, MIT and Wake Forest.  In 2009, he was named Executive of the Decade by The Sporting News.

On October 23, 2011, Theo Epstein took out a full page ad in The Boston Globe, thanking Red Sox fans and the team’s owners for their support.  Two days later, he was officially introduced as President of Baseball Operations for the Chicago Cubs.  Upon accepting the job, Epstein told reporters he was “ready for the next big challenge.”  The Cubs were woeful and Epstein needed help, so he brought in two of his former lieutenants in Boston—Jed Hoyer and Jason McLoud—to serve as general manager and director of scouting, respectively.  The Cubs finished last in the NL Central in each of Epstein’s first three years in Chicago.  He hired veteran manager Joe Madden from Tampa Bay following the 2014 season and, after a top-to-bottom rebuild, Chicago clinched a wild card playoff berth in 2015.  The Cubs advanced to the NLCS, where they were swept by the New York Mets.

In 2016, Epstein made lighting strike twice.  With three holdover players from the previous administration, he made a dozen trades, eight free agent signings, one amateur draft pick and one Rule 5 draft pick to assemble a team that finished with the best record in baseball and captured the 2016 World Series in dramatic fashion, overcoming a three-games-to-one deficit to win a dramatic Game 7 in extra innings.  After 108 years of ineptitude, the Chicago Cubs were world champions.  In 2004, Epstein helped rid Boston of the Curse of the Bambino.  This year, he buried the Curse of the Billy Goat [Daily Dose, 10/6/15], which had hung over Wrigley Field since 1945.  “I saw it as a chance to recreate what I had experienced once before,” explained Epstein on why he took the Chicago job. “A chance to do it again for another city that really deserves it.  There was something pure about that.”

Despite his reputation as a sabermetric geek, Epstein scouts the person more than the player when evaluating talent.  Most of his attention is focused on an athlete’s personal characteristics rather than just his physical abilities.  “He really does listen to the human side of all this,” says Madden.  “It’s not just the numbers, by any means.”  The number one question for Epstein is how any potential player has faced adversity.  “What are their backgrounds, their psyches, their habits, and what makes them tick?,” he asks.  Baseball is built on failure.  The best hitters in the game fail seven out of ten times, so Epstein asks scouts to provide three detailed examples of how a prospect faced adversity on the field–and responded to it–and three examples of how they faced adversity off the field.

The Sporting News named Theo Epstein MLB’s 2016 Executive of the Year.  In September, he signed a five-year, $ 50 million contract to remain Director of Baseball Operations for the Chicago Cubs.