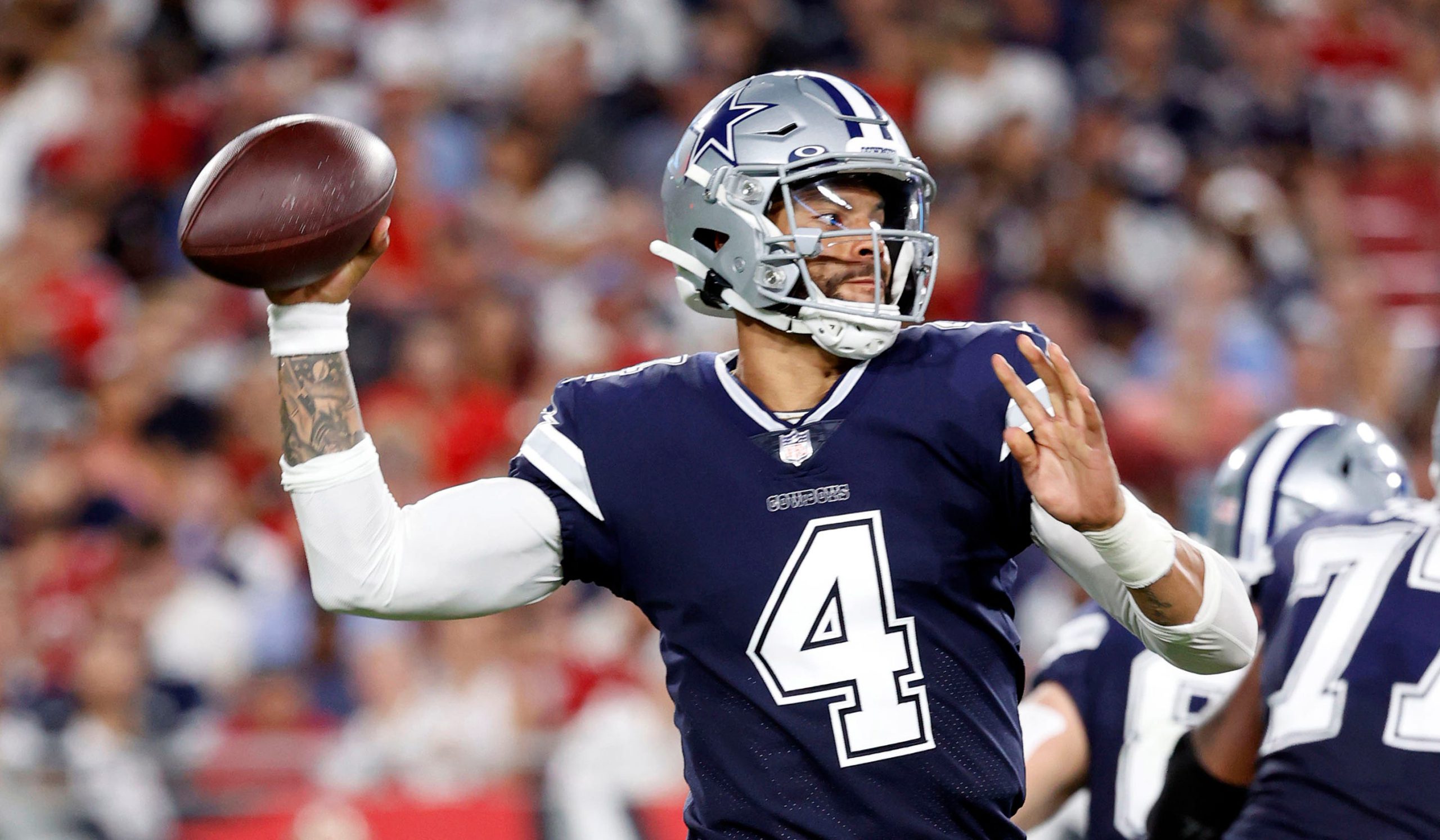 The strangest, darkest day in the history of the National Football League took place 54 years ago today.

“In the civilized world, it was a day of mourning.  In the National Football League, it was the 11th Sunday of the business year, a quarter-million dollar day in Yankee Stadium.”  –Red Smith, columnist for the New York Herald Tribune.

On November 22, 1963, President John F. Kennedy was gunned down in broad daylight in Dallas.  It was the first time a sitting President had been assassinated during the television era. The event shocked the world.

The shooting occurred on a Friday — less than a week before Thanksgiving — at 12:30 Central Time in Dealey Plaza.  At 1 p.m, the President was pronounced dead at Parkland Memorial Hospital.

America was stunned and in disbelief.  School children were sent home.  Streets were empty, as citizens were glued to their television sets, which ran continual news coverage without commercial interruption.  Friday night high school football games were canceled.

The Harvard-Yale game, scheduled for the following day, was postponed for the first time in its history.  Joe Foss, commissioner of the three-year-old American Football League and a decorated war veteran, quickly called off the four games his league had slated for Sunday.

NFL commissioner Pete Rozelle had a decision to make, and without much time.  There were seven games scheduled for Sunday, and he had to decide whether to play them.

Some teams traveled to games on Fridays and were waiting to find out what to do.  With no timetable set for the national period of mourning, the 37-year-old Rozelle faced a dilemma.

Rozelle had been University of San Francisco classmates with the President’s press secretary, Pierre Salinger.  Rozelle called Salinger, who was en route home from a trip to Japan, less than six hours after the assassination.

“Pierre, it’s Pete,” said Rozelle.  “What should we do?”  Salinger implored his friend to proceed, believing football would be good for the nation’s spirits.  “I think Jack would have wanted you to play the games,” said the press secretary.

Despite the objections of several owners, the commissioner decided the games would be played.  The conversation with Salinger clinched it.  On Friday night, Rozelle announced his decision.

“It has been traditional in sports for athletes to perform in times of great personal tragedy,” announced the commissioner.  “Football was Mr. Kennedy’s game.  He thrived on competition.”

Pro football was then only the third most popular sport in America, behind baseball and college football.  Because the television networks were in round-the-clock coverage of the assassination and its aftermath, the games were not broadcast on television.

No games were slated for Washington, D.C. or Dallas.  Had there been, they would have been canceled.

The games would go on, but there would be no player introductions, no music, and no halftime shows.  None of the pomp and circumstance usually associated with NFL games would take place.

Once Rozelle had made the decision, players had no choice but to play two days after the President’s death.  In today’s world, where some NFL players do not even stand for the National Anthem, there would be no thought of playing.

But this was the World War II generation, raised with a defiant carry-on-and-plow-ahead attitude in the face of adversity.

The Cowboys had to leave for their game in Cleveland from Love Field, where Kennedy had landed 24 hours earlier.  Worried about retribution, Browns owner Art Modell ordered his public address announcer not to utter the word “Dallas” when referring to the Cowboys.

“’Dallas’ was a bad word,” said Cowboys GM Tex Schramm.  “The shooting reflected on everybody in the city.” On Sunday morning, Rozelle went to church with his daughter in Manhattan and brooded on his decision.

Just two days after the assassination, the NFL played its normal schedule of games.  While the rest of the nation shut down, it was business as usual in professional football’s biggest league.

Meanwhile in Dallas, Lee Harvey Oswald, a 24-year-old former Marine who had been arrested for killing the President, was being led through the basement of Dallas Police Headquarters toward an armored car that was to take him to the nearby county jail.

At 11:21 a.m. Dallas nightclub owner Jack Ruby emerged from the crowd and shot Oswald in the abdomen at close range.

Millions of Americans were watching live on NBC, and on other networks within minutes afterward.  Oswald was taken to Parkland – where JFK had been pronounced dead two days earlier – and died at 1:07 p.m.

Less than an hour after Oswald was killed in Dallas, and as mourners filed past the President’s casket in the Capitol rotunda, a full slate of seven NFL games got underway [the league had 14 teams in 1963].

Rozelle attended the Giants – Cardinals game at Yankee Stadium, where flags were at half-staff.  All in attendance observed a moment of silence for the slain President.

In Cleveland, fans yelled “killers” and “assassins” while throwing bottles at the Cowboys’ bench.  Quarterback Eddie LeBaron, the Cowboys elder statesman, told his teammates to keep their helmets on.

The Rams beat the Colts in front of a subdued crowd at the Coliseum in Los Angeles, while the Steelers and Bears played to a 17-17 tie at Forbes Field in Pittsburgh.

At Yankee Stadium, Red Smith approached Rozelle and openly criticized the commissioner for his decision to play.  “There can be no disrespect,” said Rozelle, “when no disrespect is intended.”

Attendance was unaffected by the assassination and the games were mostly sellouts.  Some teams played Taps.  Crowds were somber at first, then picked up.  The Vikings beat the Lions by a field goal in Detroit, and Philadelphia lost at home to the Redskins.

Before the game, Eagles tight end Pete Retzlaff took up a collection for the widow of Dallas police officer J.D. Tippet, who had been killed by the President’s assassin less than two hours after Oswald shot Kennedy.

While Rozelle’s intention was to help the country begin to heal by playing the games, it was difficult on the players.  San Francisco traveled to Green Bay, where they lost to the Packers, 28-10.

“It was probably the toughest game I ever had to play,” said 49ers defensive back Kermit Alexander, who played ten years in the league.

“The biggest memory I had about the whole thing was the lack of emotion,” said Packers guard Jerry Kramer.  Vince Lombardi was affected.  The fiery Packers coach was a friend of President Kennedy’s, and was grieving.

Pete Rozelle, who was inducted into the Pro Football Hall of Fame in 1985, had to live with his decision for the rest of his life.  “We talked about it several times over the years,” said Joe Browne, a 50-year NFL employee and former Rozelle advisor.

“It was not his favorite dinnertime conversation, but he told me and others close to him that he believed he had made the correct decision.  The country needed a diversion from the events of November 22.”  Mr. Rozelle served as NFL commissioner for 30 years, retiring in 1990.

Shortly before his death six years later, he told the New York Times, “That week after the funeral and after our games were played, there were columns written against my decision across the country.  Obviously, it [playing the games] was a mistake.”

In the wake of the September 11 attacks in 2001, the NFL postponed its’ slate of Week Two games and rescheduled them to the first week of January 2002.  In an attempt to help the country heal, Major League Baseball played on, and it was the right call.