The Making of The Dose 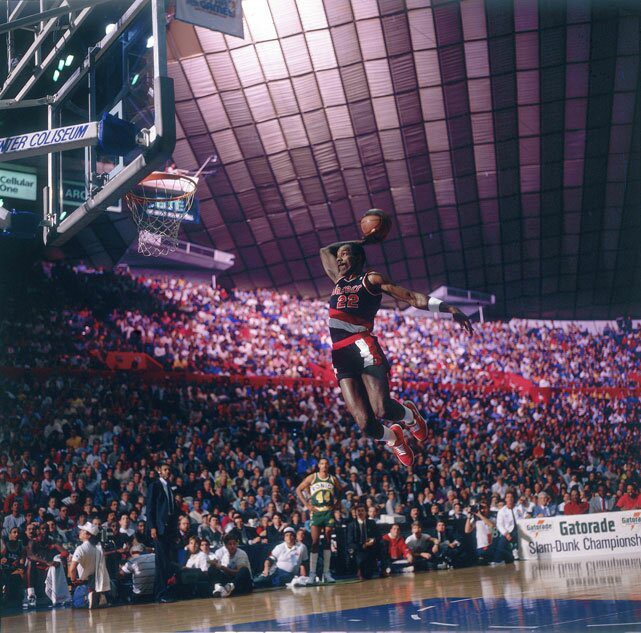 Tomorrow marks the four-year anniversary of The Daily Dose. Our inaugural issue published Tuesday, June 22, 2015.  It  featured Clyde “The Glide” Drexler who turned 53 that day.  In honor of our birthday, we’d like to take you on a journey to discover how America’s favorite online publication came to be. It started with an image of Dick Butkus.  A fellow Chicago native and one of my favorite all-time players, Butkus epitomized the rough-and-tumble NFL of his era.  I emailed the photo to several like-minded friends, hoping it would provide a brief respite from their mundane workdays while also sparking a bit of nostalgia.  The idea was a hit, and soon I was providing words to accompany the pictures.  These blossomed into features, sent regularly to friends and family.  The stories often prompted ad hoc discussions – at times nostalgic and other times argumentative – but always interesting. One evening in the summer of 2014, I was watching a baseball game with a buddy and my youngest son.  We began discussing the possibility of publishing these features, now dubbed The Daily Dose, as a business venture.  On paper, the idea made no sense.  After all, I hadn’t written anything more sophisticated than a thank-you note in decades, had never worked in publishing and knew nothing about search engine optimization, social media platforms or any of the inner workings of operating a website.  Despite the obstacles, I decided to take the plunge and follow my heart – and my hunch that there are many like me for whom sport inspires, excites and offers a sense of connection to a wider world.

Sport emotes passion.  Fans are rabid about their favorite teams and players and, perhaps more importantly, those they don’t like.

I have been a sports junkie my entire life.  At five, my father would trot me out at family parties to recite the New York Yankees batting order.  By second grade, I had every Heisman Trophy winner memorized – in order.  I papered my bedroom walls with photos from Sports Illustrated, reserving the iconic covers [still indelibly stamped in my mind] for the prime real estate of my bedroom door. As a kid I idolized Joe Namath and Walt Frazier, rooted for the Swinging A’s over the Big Red Machine, and loved the golf course battles between Arnie, Jack, Johnny, Trevino and Watson.  Each Thanksgiving Weekend, I pulled for Oklahoma to beat Nebraska for the Big 8 football title.  Our family moved to Kansas City at a time when the Chiefs were the town’s only professional sports franchise.  I became a rabid fan of the AFL – still the greatest sports league in history – and cried myself to sleep whenever my beloved Chiefs lost to their archrival, the dreaded Oakland Raiders. Every grade school reading assignment I ever chose was about sports.  I’d order biographies of sporting legends [remember the Weekly Reader?] and devour them.  I was lucky to have teachers who supported me.  Book reports were about the World Series, not the Civil War.  Instead of George Washington, I’d write about George Allen.  And my parents fed my passion.  For my 13th birthday, I received a subscription to Sports Illustrated, which I religiously read cover-to-cover, and coffee table books on sporting legends appeared under the tree every Christmas. I attended my first pro football game in November 1969, when my father took me to Municipal Stadium to see the Chiefs host the San Diego Chargers.  I will never forget the vibrance of the colors.  Lance Alworth wearing the Chargers Powder Blue while sporting a one-bar face mask with a lightning bolt streaking across his helmet.  Or the contrast of the red Chiefs logo– one of the best in history – against head groundskeeper George Toma’s perfectly-manicured green turf.  I was hooked when, two months later, the Chiefs beat the Minnesota Vikings in Super Bowl IV, providing Kansas City the only world championship in franchise history and me with the biggest sports thrill of my lifetime.

If words are the brains of a Daily Dose feature, then images are its heart and soul.

Daily Dose content begins with my “idea book,” a crumpled binder into which I jot potential story ideas.  While most come from me, I regularly solicit suggestions from friends, relatives and colleagues, especially if their interests differ from mine.  Some of the best seem to appear almost magically.  While training for a triathlon early last year, my son learned of the Iron Cowboy.  During a haircut a few months later, my barber brought up Jack LaLanne.  Both became Daily Dose features.  Bartenders have some of the cleverest ideas.  So do Uber drivers. Each month begins as a blank page.  Like a chef preparing his menu, I select every day’s feature.   Whenever possible, I tie the story to the day: birthdays, the anniversary of an historic event or sometimes a stat line from that day in sports history.  Some subjects have no tie to the date.  I don’t feature the same sport twice in the same week, and strive not to showcase any sport more than three times in a month.  Most importantly, I look for variety.  Once I set my menu for the month, I dive in and get started.  I begin by reading everything I can find on a subject while taking copious notes.  The notes become pieces to a puzzle, and the writing process is choosing which pieces best fit together.  Some features come together in a single day.  Others take three or four days to research and assemble.  The average story takes about a day-and-a-half to create.

After finishing a feature, I set it aside for a day or two to let it marinate.  When I return to the story, I see it differently, and often make changes.  Once satisfied, I send it to my editor, the great Kit Jahnke.  While we share a passion for baseball and the NHL’s Original Six [and abhor the DH rule], it was a love of cigars that brought Kit and me together.  One evening, while swapping Mickey Mantle stories over a Cohiba and two fingers of High West Rendezvous Rye, I discovered that Mr. Jahnke was a grammar geek.  I immediately asked him to be my editor and somehow, he accepted.  An Air Force brat-turned-adjunct college instructor, Kit goes over my work with a fine-tooth comb, then returns the piece to me in far better shape than when it hit his inbox. Early on, I decided on a feature-based format for The Daily Dose over a trending/topical design.  There are two reasons for that.  First, I believe the media is oversaturated with information on “last night’s game” or “today’s sports gossip,” and most of it isn’t even newsworthy.  Secondly, I don’t like deadline pressure, so the idea of having to write a story today for delivery tomorrow is unappealing.  My hope is that the resulting feature — sometimes current but often from the past — tells what the legendary Paul Harvey referred to as “the rest of the story.”

Every story is designed to entertain and inform.  I try and share fresh information, aiming to educate the novice or take the expert to the next level – while also trying to make the reader smile.

This started with a picture, and iconic photos remain essential to each story we publish.  My favorite features are the least known.  The Barkley Marathons, high school track coach Joe Newton, nonagenarian track & field legend Olga Kotelko were fun to research and write about.  The most demanding – and least enjoyable for me – cover the topics readers know best: Brady, Tiger, or LeBron, for example. Although just a guy with a dream, I consider myself blessed to be able to do what I do, none of which would be possible without the unwavering support of my wife, Colleen.  I have met many of the greats we have featured in The Daily Dose, including Tom Weiskopf, Bobby Brown, Randy Johnson, Charles Barkley and Julius Erving.  I went to college with Mark Cuban, have dined with Dan Hicks [but not wife Hannah Storm], and attended the same high school as Randy Poffo, who later gained fame as “Macho Man” Randy Savage.  And talk about good fortune, legendary broadcasters Dick Stockton and Al McCoy were guest speakers at the Daily Dose launch party in September 2015. Thanks for being a loyal Dose-iple, and for your support and encouragement these past four years.  We strive to bring you stories that are fun and informative, and hope we are hitting the mark.  We enjoy showing up for you each weekday morning and are thankful that you choose to do the same.  I am often asked which of the more than 850 Daily Dose features is my favorite.  The answer is simple:  I have not yet written it. Now, if you’ll excuse me, it’s time to blow out some candles.