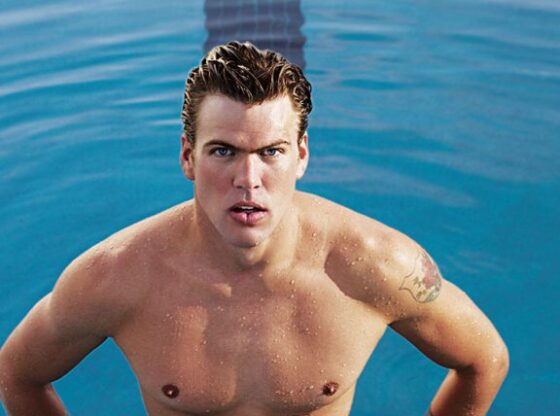 The Halls are the only father – son duo ever to compete in three Olympic Games each.

The Gary Wayne Halls – Senior and Junior – are American swimming legends.  Handsome, athletic and fast, each dominated swimming at an international level for over a dozen years.  Theirs is a swimming family.  Junior’s grandfather, Charles Keating Jr., was the 1946 NCAA champion in the 200-yard butterfly.  Keating funded the Cincinnati Marlins Swim Club, which has sent 25 swimmers – including Mary T. Meagher – to the Olympics, and after moving to the desert in 1976, opened the Phoenix Swim Club, where Junior later trained.  Several of Keating’s children swam collegiately.  Mary Keating-Hall – Junior’s mother – competed for Xavier University and his uncle, Charles Keating III, finished fifth in the 200 breaststroke at the 1976 Montreal Olympics.

Gary Hall Sr. grew up in Garden Grove, California, where he compiled a 3.98 GPA and was salutatorian of his class at Rancho Alamitos High School.  An intense competitor, Hall developed a workhorse reputation.  When his twice-daily club team workouts were not enough, Hall snuck into the pool at the Disneyland Hotel to cram in a third session.  A phenom at 17, the 5’10”, 145-pound high school junior chopped nine seconds off his personal best in the 400 IM at the 1968 Olympic Trials to unexpectedly earn a spot on the U.S. team.  In Mexico City, he captured a silver medal.

Senior attended Indiana University to swim for legendary coach Doc Counsilman.  The Hoosiers were loaded.  Their roster included six medalists from the 1968 Olympics and, in 1972, Hoosier swimmers would earn 18 medals in Munich.  Although IU teammate Mark Spitz garnered most of the attention, Hall was, for a period, the best swimmer in the world.  At the 1970 NCAA championships, he was a one-man wrecking crew, scoring a record 56 ½ points.  Hall once held world records in each medley distance and the 200 butterfly, even beating Spitz’ world record in the latter event.  “Right now, Gary is the best all-around swimmer in the world, past or present,” said IU manager Mark Wallace at the 1971 NCAA Championships.  “Except the breaststrokes, he could have won any race he wanted.” Hall won seven NCAA titles and captained the team that won IU’s sixth straight NCAA championship.

Following his success in the 1968 Olympics, much was expected of Senior at Munich in 1972.  “I was just happy to be there,” he said of the 1968 Mexico City Games.  “My whole life I was thinking ’72 would really be my Olympics, and going into Munich, I hadn’t been beaten in the 400 IM since Mexico City.  I’d set the world record at our trials.  That [400 IM] was considered ‘my event.’”  Looking back, he wishes he had saved energy in Munich and conceded the 200 butterfly to Spitz, who captured the first of seven gold medals in world record time.  Instead, he poured himself into the race but still finished a distant second.  Hall panicked.  Fearing he had lost his speed, he couldn’t eat, sleep or control his heart rate in the 48 hours leading up to the 400 IM.  Paralyzed with fear, he finished fifth in his best event, with tears flowing from his eyes the entire last lap.

Labeled as the most talented U.S. swimmer since Spitz — who was Best Man at his parents’ wedding — Gary Hall Jr. was a prodigy.  Standing 6’-6”, with big feet and an enormous wing span, he was built for sprinting.  Possessing a stroke called biomechanically perfect by every coach he ever had, Junior was a powerful kicker.  “It’s like an Evinrude behind him,” said Troy Dalby a former Olympian and Phoenix Swim Club coach.  “There’s lots of water churning.  He gets so much propulsion, it’s like God gave him a set of fins.”  Hall learned to swim at three, but came into the sport somewhat reluctantly.  “I didn’t get serious until after my junior year of high school.”  Junior swam at Brophy College Prep in Phoenix, an all-boys power that has captured all but one Arizona big-school state swim title since 1980.

Swimming’s only “Deadhead” burst onto the international scene at the 1996 Atlanta Olympics.  In the 50 and 100 freestyle, the 21-year-old finished second to Alexander Popov –the “Russian Rocket” – while also claiming two relay golds.  After being diagnosed with Type I [juvenile] diabetes, Hall took a brief hiatus from swimming but returned to win gold in the 50 free at the Sydney Games in 2000.  His time of 21.76 broke Tom Jager’s ten-year-old American record.  Hall was also part of the gold-medal winning 4 x 100 medley relay team that set a new world record.

In 2004, Junior became the oldest American male to qualify for the Olympic swim team since Duke Kahanamoku in 1924.  Regarded as a long shot to medal, the 29-year-old shocked the world by successfully defending his title in the 50 meter freestyle.  He also earned the tenth and final medal of his career – a bronze – as part of the 4 x 100 freestyle relay team.  After narrowly failing to qualify for his fourth Olympics in 2008 at 33, Junior retired from competitive swimming.  Currently, young Gary is active in the diabetes community, serving on boards and foundations that work to prevent the disease, particularly in children.

In his 14-year career, “Senior” set ten world records in butterfly and individual medley events.  He was the first to swim the 400 IM in under four minutes.  A dominant world figure in IM for over a decade, Senior won championships in three of four strokes.  He captained two of the greatest Olympic swim teams in history [1972 and 1976] and won medals in three different events across three separate Games.  The World Swimmer of the Year in both 1969 and 1970, Hall received the 1970 Helms Foundation Award as outstanding amateur athlete in North America.  The humble Californian earned 30 national titles and set 23 American records.  In 1976, the U.S. Olympic Team voted Hall who, at 24, was in his third year of medical school, flag-bearer for the opening ceremonies of the Montreal Games.  Gary Hall Sr. remains the only swimmer in U.S. history to carry the flag during the Olympic opening ceremonies.   After capturing bronze in the 100 butterfly in Montreal, he proudly escorted his 22-month-old son [and team mascot], Gary Jr., around the pool deck.

Father and son took very different approaches training, but both landed in the International Swimming Hall of Fame.  Senior, who was inducted in 1981, brought a blast furnace intensity to training.  Junior, inducted in 2013, was immensely talented but never accused of over-training.  “When I swam, I was too intense,” said the elder Hall.  “If Gary Jr. was more laid back, he’d be asleep.”  One of swimming’s most colorful personalities, Junior shadow-boxed before races and, decked in a red-white-and-blue star-spangled robe, looked like Apollo Creed on the pool deck.  Senior competed in distance races, Junior in sprints.  Father’s specialty was butterfly and IM.  The Son swam freestyle.  Their careers also have much in common.  Each trained in an elite program – Senior at Indiana University, Junior at Brophy Prep.  Both burst onto the scene as youngsters, were saddled with the heavy burden of expectation, and pulled off remarkable swims on the sport’s biggest stage in the twilight of their careers.

The Halls moved from Indianapolis to Phoenix in 1982, where Senior practiced ophthalmology for over two decades.  In 2003, father and son founded The Race Club, a swimming club based in Islamorada, Florida.  Originally operated by Junior, Gary Sr. joined his son at TRC in 2008.  Senior currently is working to open a swim school in San Diego.  Gary Hall Sr. is a member of the IU Athletics Hall of Fame and Academic All-American Hall of Fame.  In July 2012, his eldest son was inducted into the United States Olympic Hall of Fame.  Gary Hall Sr. and Jr. combined to swim in six Olympic Games across four decades, earning 13 medals between them.  They remain the only father-son tandem ever elected into the International Swimming Hall of Fame as Honor Swimmers.