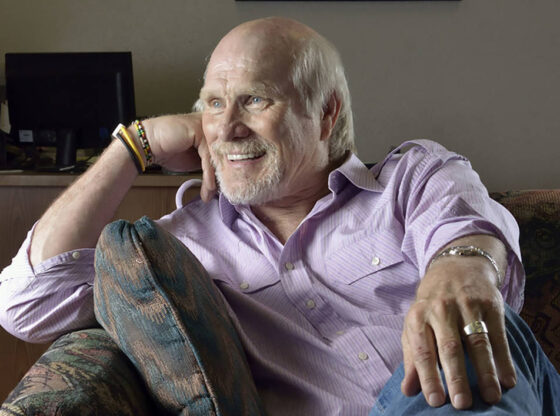 One of the greatest quarterbacks in Super Bowl history was once second string to the inventor of the Duck Commander and patriarch of the Duck Dynasty.

Terry Paxton Bradshaw was born in Shreveport, Louisiana on this date in 1948 as the second of three boys in a hard-working farming family. He spent his early years in Camanche, Iowa before returning to Shreveport to attend Woodlawn High School, where he led the Knights to the AAA state football championship game. His successor as Woodlawn’s starting quarterback was future Buffalo Bills star Joe Ferguson. Bradshaw set the national high school record in the javelin throw in the spring of 1966 and was pictured in Sports Illustrated’s “Faces in the Crowd” for the feat. He enrolled at Louisiana Tech University, where he played behind Phil “Roxie” Robertson of Duck Dynasty fame before earning the starting spot when Robertson did not return for his senior year. He led the nation in passing as a junior and ranked third as a senior, gaining notice from pro scouts as the best college player in the nation.

The Pittsburgh Steelers were one of the most woeful franchises in the NFL in 1969, having made the playoffs just once since joining the league in 1933. They tied the Chicago Bears for worst record in the league that year at 1-13 and won a coin flip with Chicago for the rights for the first selection of the 1970 NFL Draft. Pittsburgh selected Bradshaw, who split time in his rookie season with Terry Hanratty, the Steelers’ second round pick in 1969. The 6’3”, 215 Bradshaw became the starter in his second season and possessed an erratic but powerful arm. The Steelers began bolstering their team with future Pro Bowl and Hall of Fame draft picks and earned a trip to the 1972 playoffs, where they beat the Oakland Raiders, 13-7, on the final play of the game when RB Franco Harris plucked Bradshaw’s desperation pass off his shoe tops to score the winning touchdown on the “Immaculate Reception”. It was one of the most famous plays in NFL history. Pittsburgh then began a run of dominance that would see them make the playoffs in 10 of the next 12 years and win four Super Bowls over a six year span from 1974-1979. The “Blond Bomber” would become the first quarterback since Bart Starr to win back-to-back Super Bowl MVP awards as well as the first to win three [1978] and then four [1979] Super Bowls, records that have since been tied by Joe Montana and Tom Brady.

Terry Bradshaw played 14 seasons in the NFL, all with Pittsburgh, and earned three trips to the Pro Bowl. He had quite a year in 1978 when he led the league in touchdown passes, was named NFL MVP, NFL Quarterback of the Year, first team All Pro, Super Bowl MVP and Steelers’ team MVP. One year later, Sports Illustrated named him “Sportsman of the Year” along with the Pittsburgh Pirates’ Willie Stargell after both Steel City teams won world championships in 1979. Mr. Bradshaw was inducted into the Pro Football Hall of Fame in 1989, College Football Hall of Fame in 1996, Louisiana Tech Athletic Hall of Fame in 1984 and is a member of the Steelers’ All-Time team. He currently works as an actor, writer, speaker and is a host on Fox NFL Sunday.