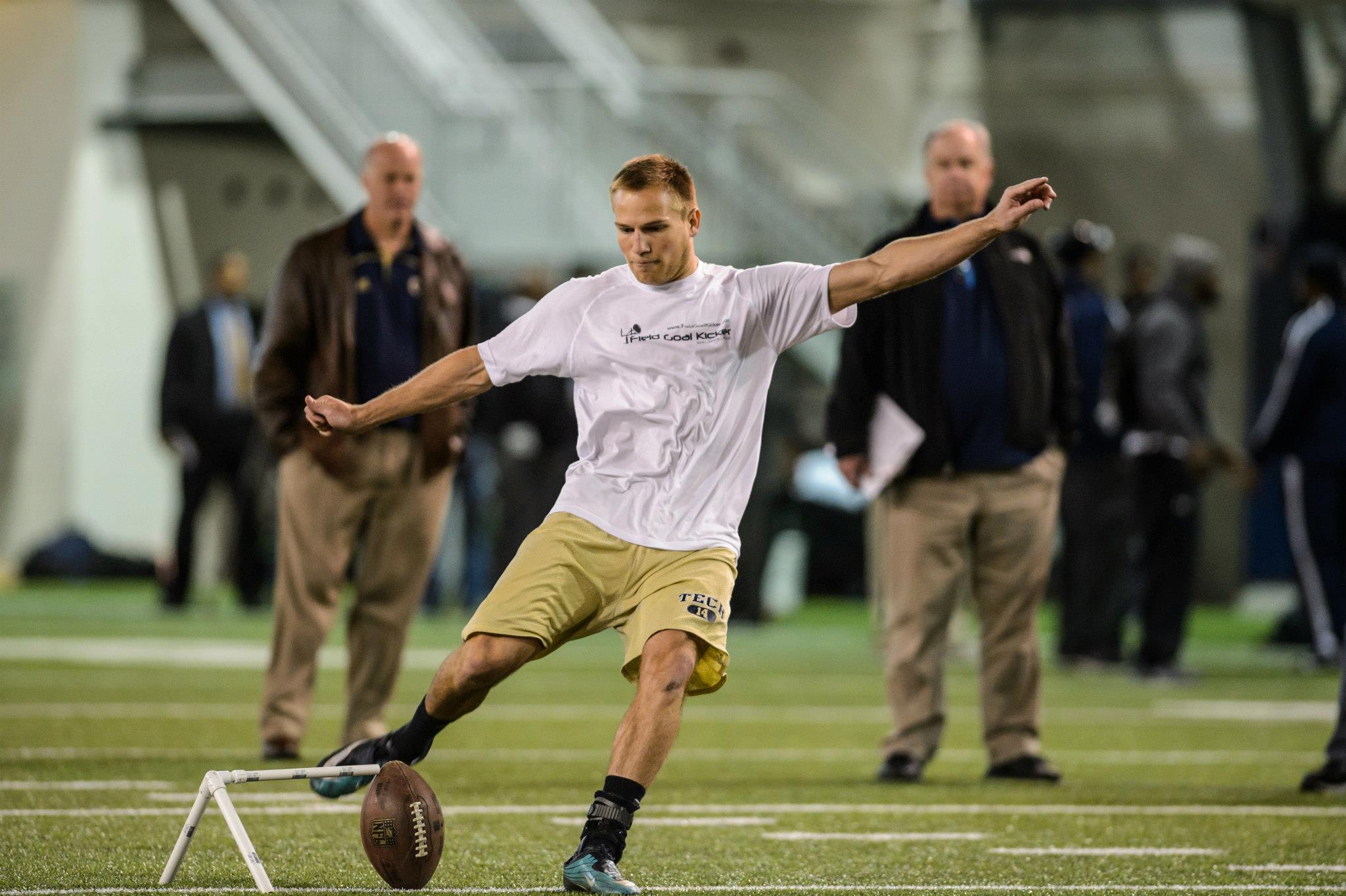 Four over four decades, place kicking duties in pro football were handled by position players.  Lou “The Toe” Groza was a starting offensive tackle.  Paul Hornung was a running back, while George Blanda was a quarterback.

Versatile and valuable as a runner and receiver, Hornung had to come off the field on third down to change into his kicking shoe if there might be a field goal situation.  Blanda, who played a record 26 seasons, said, “Hell, if I was sacked on third down and got the wind knocked out of me, I had to get back up and kick a field goal.”

Because of the demands of being a position player, these athletes couldn’t devote all their attention to kicking.

Paul Douglass was the NFL’s first sidewinder.  Drafted by the New York Giants in the 13th round out of Illinois, Douglass came to training camp in 1951.  Despite being accurate and effective, the NFL was not ready for specialists, and the Giants cut Douglass, opting to let Frank Gifford and Randy Clay share the kicking duties.

In 1964, Pete Gogolak, a soccer player who had immigrated to America from Hungary as a teen, was drafted by the Buffalo Bills of the American Football League.  With his roots in European soccer, Gogolak approached the football at an angle and kicked it with his instep, rather than the conventional straight-on approach, where the toes impacted the ball.

Gogolak kicked a 57-yarder in his first pro game – an exhibition against the New York Jets – exceeding the NFL record of 56 yards.

Soccer-style kicking was born – just one of the many innovations the AFL brought to the game – and football was changed forever.

Straight-on kickers wore a square-toed shoe that provided a better surface for impacting the ball, but the margin for error was much smaller than that of the soccer-style approach.  “The inside of the foot provides a much larger surface when you hit the ball,” explained Gogolak.

Jim Bakken was a terrific straight-on kicker for the St. Louis Cardinals from 1962 to 1978.  He twice led the NFL in field goals and field goal percentage, and was a four-time Pro Bowler.  Bakken ranks in the top 30 on the NFL’s all-time scoring list and scored 1,380 points in a career that spanned the pre and post-Gogalak era.

“The advantage was the twisting of the body, much like a golf swing,” observed Bakken, “where you’re using more than just your leg to snap through the ball.”

After two seasons in Buffalo, Gogolak became the first player involved in the bidding war between the AFL and NFL.  In 1966, the same year his brother, Charlie, was first-round pick of the Redskins, “Gogo” jumped to the senior circuit’s New York Giants.  On September 11, 1966, Pete drilled a 26-yarder against the Pittsburgh Steelers, the first soccer-style field goal in NFL history.

Other soccer-style kickers – mostly Europeans – soon followed.  In 1966, Garo Yepremian [Cyprus] joined the Detroit Lions.  A year later, Jan Stenerud [Norway] was drafted by the Kansas City Chiefs and quickly set the gold standard.  “Anytime we get to midfield,” said Chief’s coach Hank Stram, a pioneer who was among the first to recognize the value of a kicking specialist, “we’re a threat to score three points.”

Bobby Howfield [England] latched on with the Denver Broncos in 1968, Horst Muhlmann [Germany] became a Cincinnati Bengal in 1969 and Toni Fritsch [Austria] joined the Dallas Cowboys in 1971.

By 1977, half of all NFL teams featured soccer-style kickers from other countries.  A decade later, every team had a sidewinder but most were home grown.  The era of the straight-on kicker with the square-toed shoe was over.

By 2015, the field goal success rate in the NFL had reached 85 percent, but not all the gains in kicking are due to the soccer-style approach.  Playing surfaces have improved from the days when Gogolak kicked the top of a Coke bottle protruding from the turf while attempting a three-pointer at Buffalo’s decrepit War Memorial Stadium.