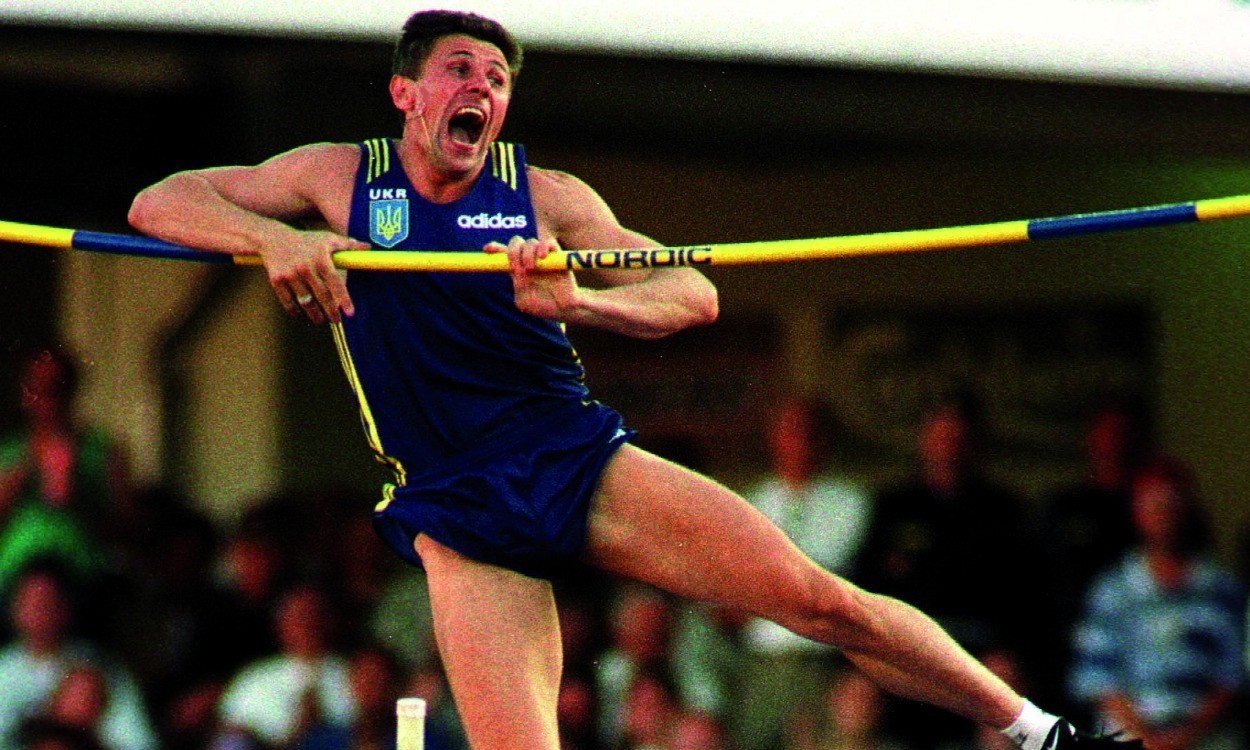 Serhiy Nazarovych Bubka is the most dominant pole vaulter of all time.

Bubka was born in Voroshilovgrad, Soviet Union, as the younger of two boys born into a working class family on this date in 1963. His father, Nazar, was a Red Army officer and his mother, Valentina, was a nurse. Sergey began competing in track and field at nine—as a sprinter and long jumper—before taking up the pole vault at 11 years old. Sergey and his older brother, Vasyl, began training with vaulting coach Vitaly Petrov and, after their parents’ divorce in 1978, followed Petrov to the manufacturing city of Donetsk. The brothers trained and attended school while living in a factory dorm. In 1981, Sergey Bubka started competing on the international athletic scene at the European Junior Championships, finishing seventh. Two years later, he entered the 1983 World Championship in Helsinki, clearing 5.70 meters [18’-8”] in rainy conditions to snatch the gold medal as a relative unknown.

Bubka set his first world record on May 26, 1984, with a vault of 5.85 meters [19’-2”]. One week later, he improved to 5.88 [19’-3] and then to 5.90 [19’-4”] the following month. Mr. Bubka broke the world record four times during the 1984 season. On July 13, 1985, he attempted to clear 6.00 meters—a height considered to be unattainable and one that was rarely attempted—at a meet in Paris. Bubka cleared the height [19’8.22”] to become the first person to ever jump 6.00 meters. He successfully defended his gold medal at the 1987 World Championships and took gold at the 1988 Olympics in Seoul, the only medal of his Olympic career. In August 1991, the “Tsar” became the first man ever to clear 6.10 meters at a meet in Sweden. Three weeks later, he won the third of six IAAF World Championship gold medals of his career. From 1984 to 1994, Sergey Bubka improved the world record by a whopping 29 centimeters. Bubka was 6 feet tall, weighed 180 pounds and ran the 100 meters in 10.3 seconds, enabling him to put 10 to 15 percent more energy into the pole and creating extra force. He developed the Petrov/Bubka technique–placing his hands higher on the pole than most vaulters—allowing him to drive toward the bar. He cleared 6.00 meters—higher than a giraffe, the world’s tallest animal—45 times in his career.

Meet organizers and sponsors paid Sergey Bubka large bonuses each time he broke a world record, leading him to add one centimeter increments to his attempts. The “Tsar” broke the world record for men’s pole vault 35 times during his career, bettering the outdoor record 17 times and the indoor mark 18 times. He transformed the pole vault into one of athletics’ [field events] most anticipated events, a raucous, hand-clapping, crowd-energizing competition. In 1984, at a meet in London, the bar was set at 18’-8”. Bubka cleared it by a foot-and-a-half. It was raised to 19’-4”, and he cleared it by eight inches. Bubka did not get to compete in the Olympics that year due to the Soviet boycott and the only blemish on his impeccable career is not winning more Olympic medals. He currently holds the outdoor world record [6.14 meters], having set in on July 31, 1994, and held the indoor world record [6.15 meters] for nearly 21 years until it was broken in February of 2014. Sergey Bubka retired from competition in 2001 and was voted best pole vaulter of the last half century by Track & Field News. Mr. Bubka is currently vice president of IAAF, president of National Olympic Committee of Ukraine and is an IOC member. He was inducted into the IAAF Hall of Fame in 2012. 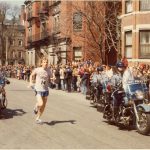 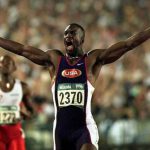 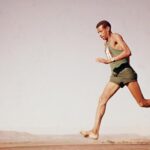 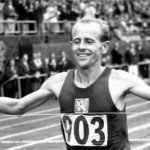 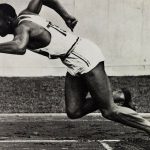