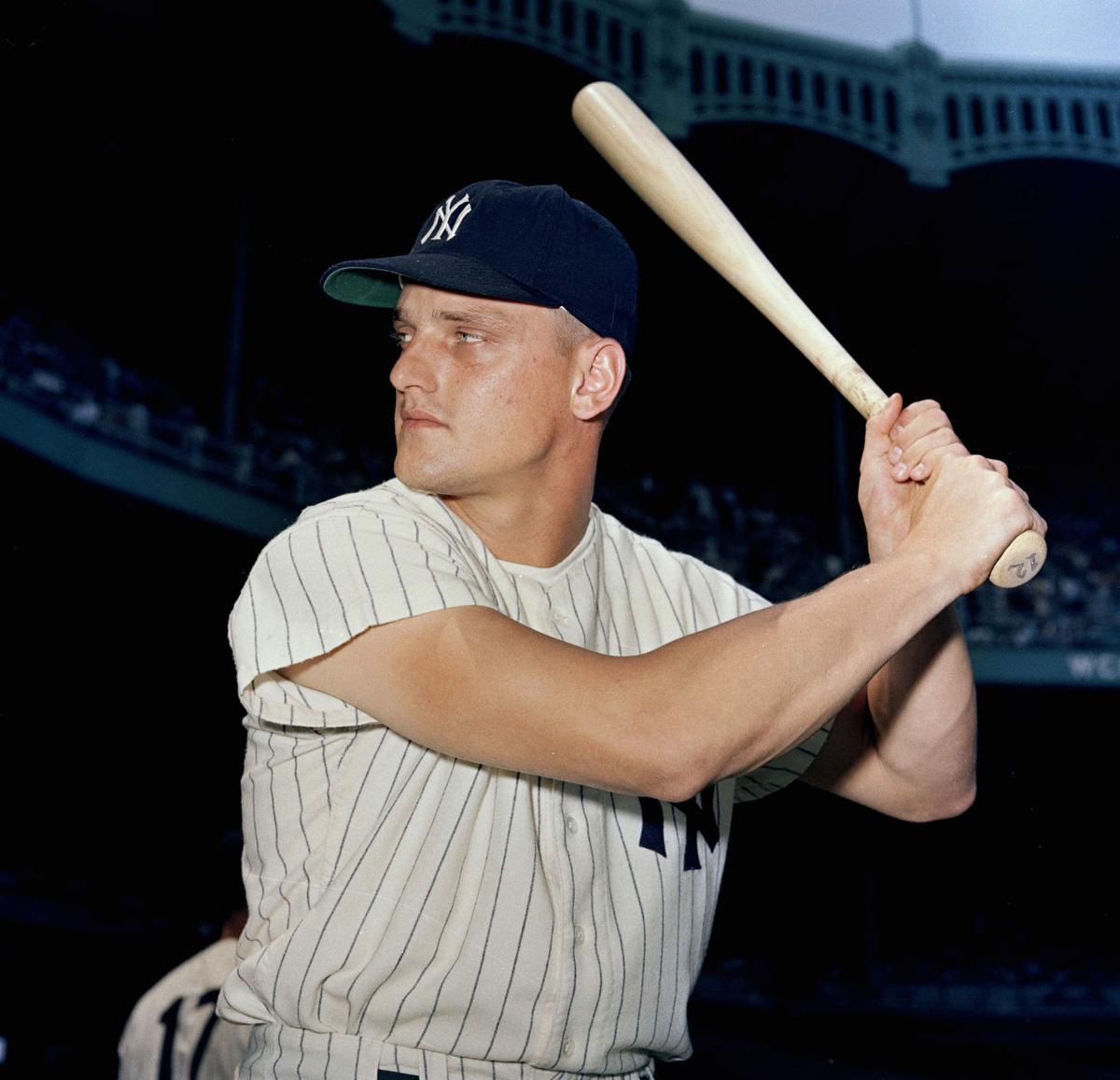 Roger Eugene Maris may be the most underappreciated player in baseball history.

Born in Hibbing, Minnesota on this date in 1934, his family moved to Fargo when he was 10. He attended Fargo High School but transferred to Shaneley High following his sophomore year. Maras was an outstanding athlete, competing in baseball, football and track, once scoring four touchdowns on returns [ two kickoff, one punt, one interception] in one game, a national high school record that still stands. A gifted running back, he was offered a scholarship to Oklahoma University by legendary coach Bud Wilkinson, but turned it down in order to remain in Fargo and pursue a professional baseball career. He was voted MVP of his American Legion team in 1950, where he pitched and played outfield while leading them to the state championship. In 1953, he signed with the Cleveland Indians organization at age 18 for $ 5,000 with a chance to earn a $10,000 bonus if he made the big leagues. He was assigned to the Fargo-Moorhead Twin’s Northern League team and was named Rookie of the Year. In 1955, he legally changed his last name to “Maris”. He rose quickly through the ranks and made his major league debut with the Indians on April 16, 1957, going 3-for-5 and starting in left field. Two days later, he hit his first career home run – a grand slam against the Detroit Tigers. He finished his rookie year with 14 home runs and was traded to the Kansas City Athletics early the following season and represented them in the 1959 All Star game. He was then traded to the New York Yankees in a seven-player deal in 1959.

In his first game in pinstripes, Maris had a single, a double and two home runs and went on to lead the league in slugging percentage, RBI and extra base hits, earning a Gold Glove and MVP Award in the process. He was named to the All-Star team but the Yanks lost a seven-game World Series to the Pittsburgh Pirates on Bill Mazeroski’s dramatic walk-off home run in the home team’s final at-bat. 1961 would be a season for the ages, as Maris and teammate Mickey Mantle embarked upon a chase for the most cherished mark in baseball; Babe Ruth’s record of 60 homers in a season, set in 1927. The “M&M Boys” traded places on the AL home run leaderboard all summer until an injury to Mantle forced him to drop out in early September. The Mick would end the year with a career high 54. Maris kept going, hitting home run # 60 on September 26 and the record breaking 61st on the final day of the season to beat the Red Sox, 1-0. The race took an incredible toll on Mr. Maris physically and mentally but the Yankees managed to win the World Series and he won his second straight MVP Award in addition to Sporting News Player of the Year Award and Hickok Belt as top professional athlete of the year.

He played in his fourth consecutive All-Star game in 1962 and made a game saving catch in the final game of that year’s World Series. He only played in 90 games in 1963 but rebounded in 1964 with 26 homers and batted .281. Injuries hampered him in 1965 and ’66 and the Yankees traded him to the St. Louis Cardinals in exchange for Charley Smith. He helped the Redbirds win the 1967 and 1968 pennants. Maris played in seven World Series in his career, the best coming in 1967 when he hit .385 with one home run and 7 RBI. The 275th and final home run of his career came in September of 1968, the 25th time he hit two homers in the same game during his 12 year big league career.

Roger Maris won two MVP Awards, twice led the AL in RBI, won three World Series and broke what was then the most sacred record in baseball. The Yankees retired his #9 and had his plaque dedicated in Monument Park at Yankee Stadium in 1984. He was not elected into the Baseball Hall of Fame.

“I’m not trying to be Babe Ruth; I’m trying to hit 61 home runs and be Roger Maris.”