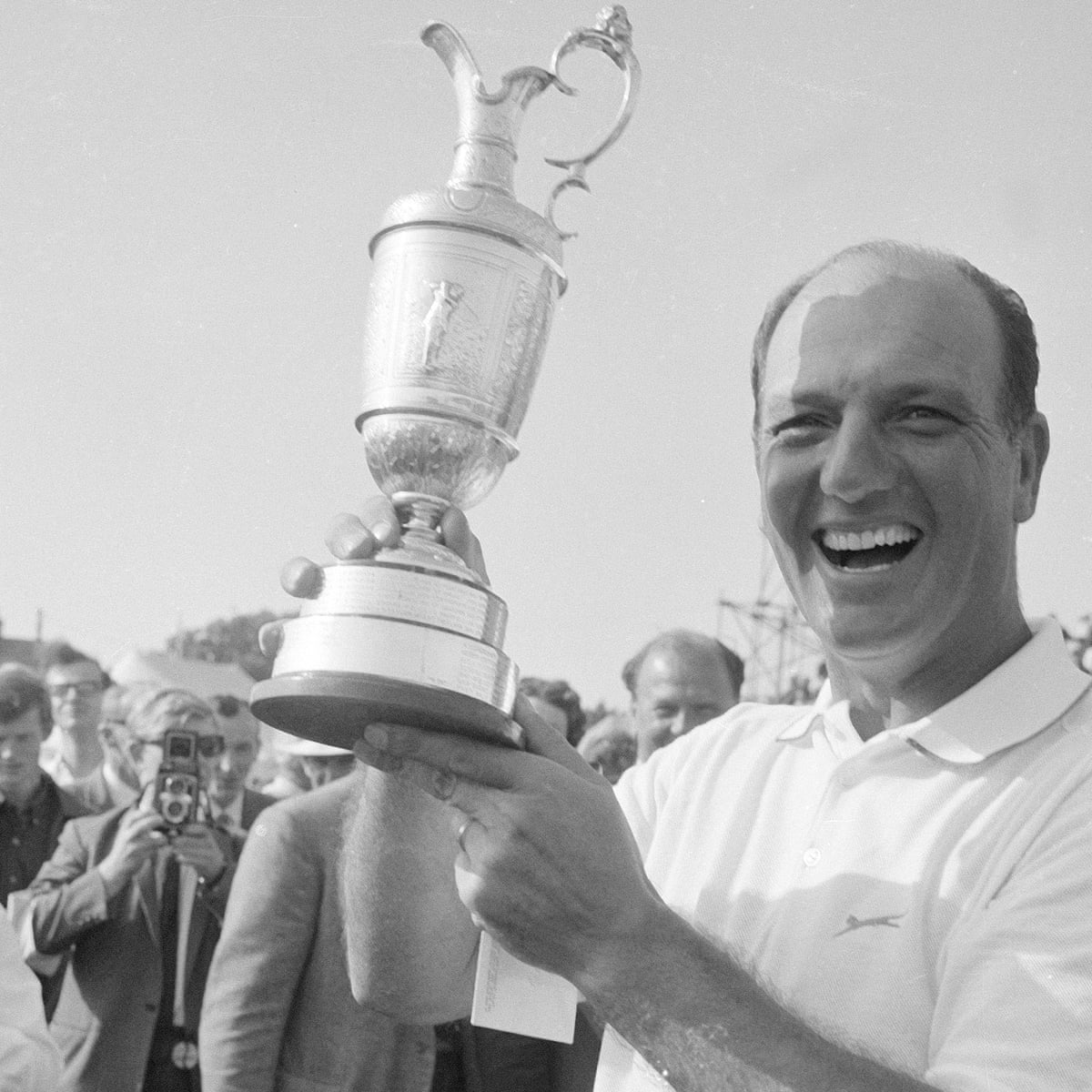 Roberto De Vicenzo is the only golfer in history to lose a major championship for inaccurate paperwork.

Winner of more than 230 tournaments worldwide, De Vicenzo [vin-CHEN-so] is a member of the World Golf Hall of Fame.  His signature moment was when he held off defending champion Jack Nicklaus and hard-charging Gary Player to win the 1967 Open Championship.  De Vicenzo won 48 national championships in 17 countries, including the Spanish, Dutch and Belgian Opens, and is the first Argentinian to win a major.  A long hitter with fine control, De Vicenzo’s swing, which Golf Digest called “drowsy,” was rhythmic and powerful.  The man they called “El Maestro” represented Argentina 19 times in World Cup play and won his country’s open championship nine times.  He had 13 top-ten finishes in major championships, including nine top-three’s, but was best in the British Open, where he earned one win, one runner-up, and six third-place finishes.  An immensely likeable and popular champion, De Vicenzo possessed an elegant game, but was most adored for his charm and gentlemanly behavior.

Born in Villa Ballester, a suburb north of Buenos Aires, April 14, 1923, Roberto was the fifth of eight children.  His father, Elias, was a house painter and his mother, Rosa, died in childbirth when Roberto was 12.  As a boy, he dove for golf balls in the ponds on the golf course near his home, selling them to supplement the family’s meager income.  De Vicenzo caddied and took up golf as an early teen.  He turned pro at 15 and won his first tournament four years later.  In 1943, he won the Westinghouse Grand Prix to capture his first international title.  After finishing in the top five six times previously, De Vincenzo placed a bet on himself – at excellent odds — in the 1967 Open Championship at Royal Liverpool.  He bettered Nicklaus by two, and the £ 7,000 he took from the bookmakers was more than double his prize money.  De Vicenzo returned to Argentina a national hero.

Sadly, Mr. De Vicenzo is a champion best remembered for a gaffe he made on golf’s biggest stage – the Masters.  Nearly four decades later, the story still sounds too impossible to be true, as if it was the ultimate April Fool’s joke.

On April 14, 1968 – his 45th birthday – Roberto De Vicenzo entered the final round of the Masters two strokes off the lead.  On the first hole, he sank his 130-foot approach shot for eagle.  As he celebrated, the packed crowd at Augusta National serenaded him with “Happy Birthday.”  It seemed like a dream come true, as the Argentinian sought to become the oldest [by four years] champion in Masters history.  De Vicenzo birdied the par-4 17th hole to put himself into contention with Bob Goalby, who was playing in the group behind him.  After missing the fairway and bogeying the 18th, De Vicenzo finished with a round of 65 – seven under par – and waited for Goalby to finish.  Goalby arrived with a 66, tying him with De Vicenzo at 277, setting up an 18-hole playoff for the following day.

Golf is the most honest of games.  In no other sport does the player police himself, calling infractions and keeping his score.

De Vicenzo’s playing partner was Tommy Aaron, who was responsible for marking the Argentinian’s scorecard.  Sitting at a picnic table behind the 18th green [players today repair to a private building to review and sign their scorecards following a round] Aaron mistakenly recorded a four at the 17th instead of three.  Aaron failed to notice his error as he added up the total and handed the card over for verification.  Distracted by the hoopla of the crowd and media around him, De Vicenzo gave the score only a cursory glance before scrawling his signature against it.  Masters officials were more attentive, confirming that De Vicenzo had signed for a higher total than he had actually registered.  The rules state that if a player puts down a lower score than he actually shot, the player is disqualified.  However, if he marks a higher score, he is stuck with it.  There is no process to rectify an error once a signature has been applied to a scorecard.

By rule, De Vicenzo had finished one shot behind Goalby, handing the American the Green Jacket.  When notified of his mistake, the crestfallen runner-up addressed the press, in English.  “It was my fault.  I play golf maybe 30 years all over the world and never be wrong on my card.  What a stupid I am to sign score card wrong in this wonderful tournament.  I congratulate Bob Goalby.  He give me so much pressure I lose my brain – I forget everything.”  The greatest Argentinian golfer in history never came close to winning the Masters again.  His name forever became synonymous with both sporting bad luck and dignity in defeat.  “I deeply regret Roberto’s misfortune,” said Goalby, who received hate mail following the tournament. “I wish we could have played Monday, and I could have won outright.”

After the tournament, Augusta National chairman Clifford Roberts sent De Vicenzo a prize – a sterling silver cigarette box engraved with the signatures of the previous Masters winners – the only time during Roberts’ 38-year tenure that it was given to anyone other than the victor.  Wise and compassionate, De Vicenzo remained sanguine about his Masters debacle.  “For me, the Masters hasn’t ended,” he told Golf Digest in 2006.  “Technically, the ending was legal.  But there was something missing.  The winner hasn’t yet emerged.  It lacks an ending.  Someday, maybe in another place, it will be decided.”  A group of fellow players had a green jacket especially made with De Vicenzo’s name sewn into the lining, but he could never bring himself to wear it.

Three weeks after the Masters, De Vicenzo won the 1968 Houston Champions International, holding off Lee Trevino to claim the $ 20,000 first-place prize.  In 1970, he was voted the Bob Jones Award, the highest honor given by the USGA in recognition of distinguished sportsmanship in golf.  El Maestro continued to play all over the world, winning the 1974 PGA Seniors Championship and inaugural U.S. Senior Open in 1980.  The beloved Argentinian with the graceful and effortless swing continued playing competitive golf late into his 60s.  His last professional win came at the 1992 Center Senior Argentine Open.

Roberto De Vicenzo was named one of the top five Argentinian sportsman of the 20th century.  He was instrumental in establishing the museum of golf in his homeland, which opened in 2006 and was named in his honor.  Mr. De Vicenzo, who was the oldest living British Open champion, died in his home June 1, 2017, after battling a long illness.  He was 94.